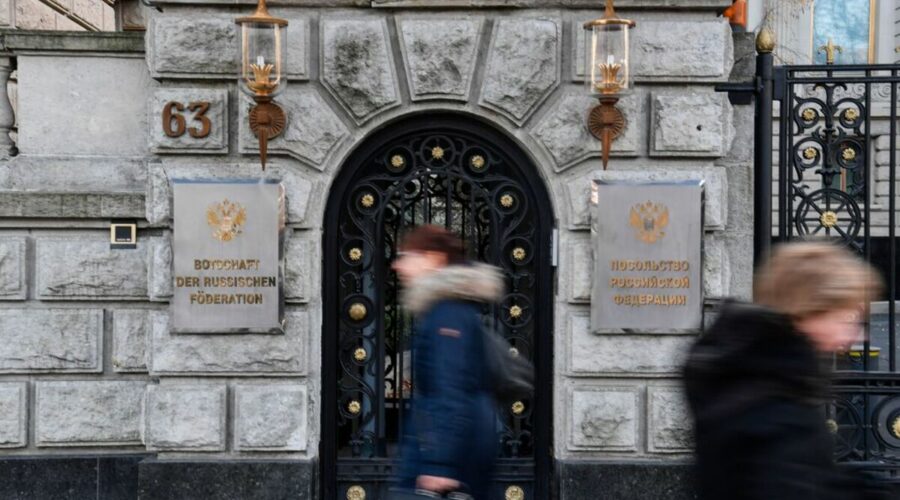 An employee of Germany’s foreign intelligence service has been arrested on suspicion of treason for allegedly passing secret information to Russia, German prosecutors have said. A German citizen who was identified only as Carsten L. in line with German privacy rules, was arrested in Berlin on Wednesday, federal prosecutors said in a statement on Thursday. The apartment and workplace of the employee of the Federal Intelligence Service, or BND, and of another person were searched, prosecutors said.

Prosecutors gave no details on the second person.

They said the BND employee passed this year “information that he had acquired in his professional activity” to a Russian intelligence service, which they didn’t identify.

They added that the information was a “state secret” as defined by Germany’s criminal code, but did not elaborate.

The suspect was brought before a judge on Thursday, who ordered him held in custody pending a possible indictment, prosecutors said.

The investigation was being conducted “in close cooperation” with the BND, they said.

The head of the BND, Bruno Kahl, said the intelligence service brought in prosecutors immediately after internal investigations substantiated information about a possible case of treason. He said there were searches at two BND properties.

Kahl said in an emailed statement that the intelligence service would not say more until further notice because “caution and discretion are very important in this special case”.

He pointed to the alleged “unscrupulousness and propensity to violence” of Russia and added that “every detail of this event that becomes public means an advantage for this adversary in its intention to damage Germany”.

In a previous case involving a suspected double agent at the agency, a former BND employee in 2016 was convicted of violating Germany’s official secrets law and sentenced to eight years in prison for providing classified information largely to the CIA.

Germany is among the countries that have given financial and military support to Ukraine as it faces Russia’s invasion.

According to reports, helicopters were spotted around a silent residential area in the outskirts of Stockholm in a pre-dawn raid on their property.

The Telegraph reported that the couple is believed to be in their 60s and was suspected of being Russian spies while running a lucrative import-export business.

Sweden’s Prosecution Authority said one of the two was accused of “gross illegal intelligence activities against Sweden and against a foreign power”.

However, the authority did not identify the other country allegedly spied on.

According to local media reports, the man was suspected by Sweden’s domestic security service (SAPO) of spying for Russia for around 10 years, while the woman was suspected of having acted as an accomplice throughout that period.

They were reported to have lived in Sweden since the late 1990s, where they built up a business importing and exporting electronic components, with a turnover of more than €30million a year.

Sweden’s security agency said the operation, which included house searches, was carried out with the assistance of the police and the Swedish Armed Forces, which provided helicopters.

The spy agency said a probe “has been ongoing for some time.”

The agency did not identify which country the two suspects worked for or give any other details. Swedish media reported the suspects are a man and a woman in their 60s and that they are a couple.

The Swedish newspaper Aftonbladet reported that they were Russians who arrived in Sweden in the late 1990s.

The Associated Press could not immediately confirm those reports.