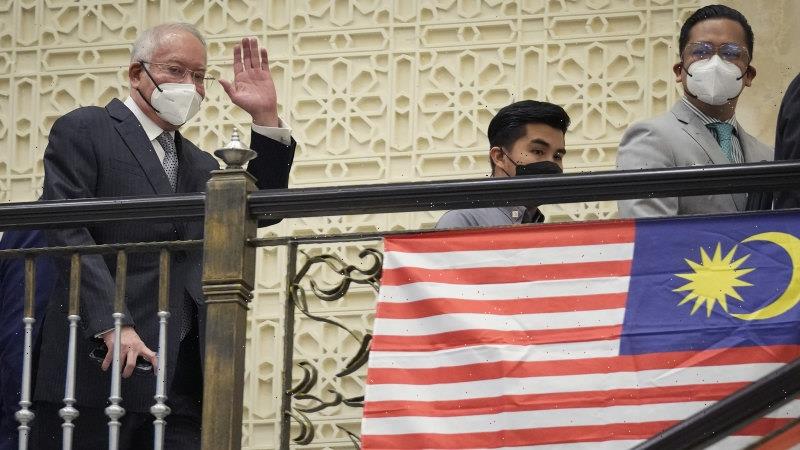 Pekan, Malaysia: Mohamad Nizar Najib greets us on the steps of his family’s official residence in bare feet. Backing onto the Pahang River on the east coast of the Malaysian peninsula, the sprawling but ageing pile has been in their name for generations.

Here, in the centuries-old royal town of Pekan, now a car manufacturing hub, Nizar’s clan has been a powerful force for as long as Malaysia has been independent. 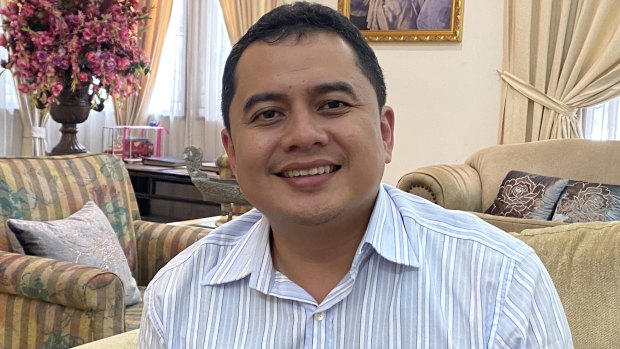 His grandfather Abdul Razak Hussein was the country’s second prime minister, his father Najib Razak its sixth, and between them, the family has held the area’s federal parliamentary seat for most of the past six decades while pulling strings in the capital.

Forty-four-year-old Nizar, Najib’s oldest son, makes his own electoral debut on Saturday, hoping to win a spot in the Pahang state parliament in polls staged simultaneously with the national election.

For the first time since he became prime minister in 2009, though, Najib himself isn’t running for the top office, or at all.

After being convicted on charges of criminal breach of trust, money laundering and abuse of power over the multibillion-dollar 1MDB scandal and jailed for 12 years in August, Najib will spend election day at his new home, Kajang Prison, outside Kuala Lumpur. 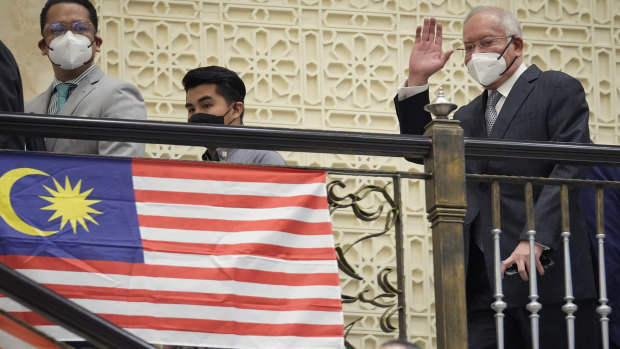 Najib Razak waves to supporters as he arrives at court for his final appeal in August. Credit:AP

Branded a “national embarrassment” by a judge, the 69-year-old’s incarceration was the culmination of a fall from grace that began with the shock, historic defeat in 2018 of his perennially ruling United Malays National Organisation (UNMO) to an alliance of former foes Mahathir Mohamad and Anwar Ibrahim.

Political giants Anwar, 75, and Mahathir, 97, are again putting their hands up to be prime minister, having gone their separate ways once more, but even though he is behind bars, Najib continues to loom large.

“His political shadow is undoubtedly the biggest in Malaysia,” Malaysian politics expert Professor James Chin, of the University of Tasmania, wrote in the lead-up to the election. “On the surface this sounds crazy, given that Najib is a convicted felon and his 1MDB scam is recognised as a financial scam in half a dozen countries, including the US, Switzerland, Singapore and the UK. Yet in Malaysia, apparently, he has nothing to be ‘ashamed’ about.”

Armed with an extensive social media reach that includes 4.6 million Facebook followers, Najib’s campaign was central to rebuilding the stocks of his party in the year before he was locked up, demonstrating the popularity he retained despite having already been found guilty and being free on appeal. 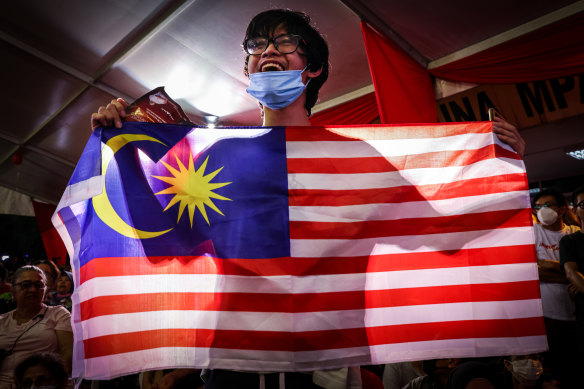 His UMNO-led Malay coalition Barisan Nasional scored victories in two state elections and UMNO later reclaimed control nationally without an election as defections brought the demise of the governments of Mahathir in 2020 and Muhyiddin Yassin last year.

“Everybody is giving him a lot of labels and a lot of criticism but people overlook the many good things he has done over the years,” said Nizar, who at the insistence of his father worked in the private sector, as an accountant, before entering politics when UMNO lost power four years ago.

“[It is] suddenly overshadowed by events like 1MDB and what have you, but it’s there for the record. People wonder why he still has a huge following – that’s why.”

Najib’s social media accounts are still very active even if it’s not him pushing the buttons on a smart phone in his cell and his influence has been propelled with posts and clips on widely used group messaging apps WhatsApp and Telegram and the video sharing platform TikTok.

There is a lot at stake. Najib’s application for a royal pardon has been unsuccessful to date and he faces four other trials linked to 1MDB. 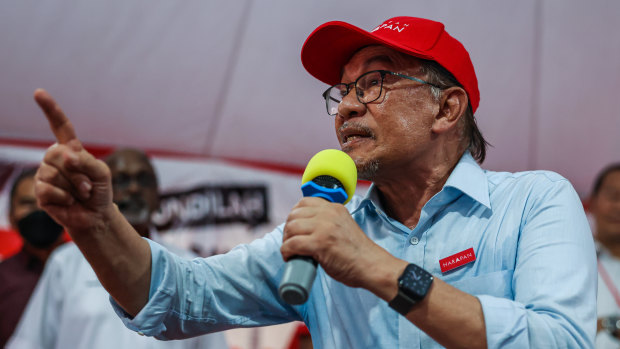 But Chin believes that if UMNO and Barisan cement their return to power it won’t be long until he is out.

“If UMNO or Barisan Nasional wins big they will arrange a pardon for Najib,” he said. “Najib is still their thought leader so everything hinges on the elections. If they win by a very small majority or they have to bring somebody in [to form a governing coalition] it will be problematic, but if they win big they will take it as a sign that the people support UMNO no matter what and therefore Najib should get out of jail.”

Najib himself denies that he will be freed immediately with a pardon if he party wins. He issued a statement through his lawyer this week, branding such suggestions as “political propaganda” and saying he was seeking to be acquitted by a judicial review.

Nizar is also adamant his father will seek freedom through a formal review . 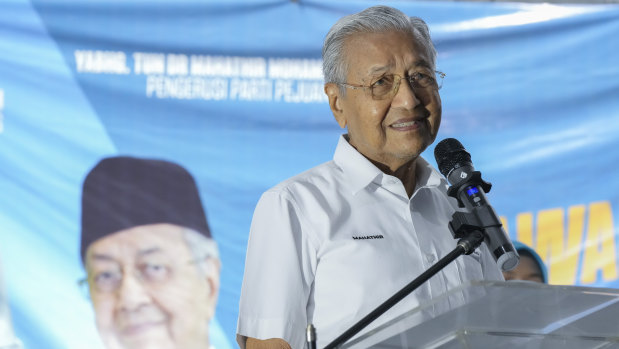 “A pardon is like an admission of guilt already,” Nizar said. “I think my dad feels that he has a strong case for his judicial review.”

Dr Amrita Malhi from Flinders and The Australian National universities describes Najib as “both present and absent in this campaign”.

“He’s present in the sense that he’s issuing statements through his lawyer and his children are on social media campaigning on his behalf,” she said. “And yet he’s absent in terms of raising campaign finances, which have diminished to the point where candidates are reporting less funding and moving around the country less than before.”

Such is the fractured nature of the election line-up, wheeling and dealing may well be needed late on Saturday night to form government.

Youth could well be key to the result – there are 1.4 million people between 18 and 21 who are eligible to cast ballots for the first time after the voting age was lowered last year and many more who are 24 and under who were too young to have their say in 2018 but aren’t now.

Attempting to finally become prime minister, Anwar has strong support among the urban middle class and non-Malays and will be hoping Malay voters, who make up 70 per cent of the country’s population, are split to such an extent that Harapan can secure the 112 seats needed for a majority.

As Anwar worked to win hearts and minds railing against corruption, Najib and the excesses of IMDB have been part of the pitch.

“We all love our wives,” Anwar said at a campaign event outside Ipoh, in Perak state, ahead of election day.

“But we don’t go and steal to get them jewellery.”