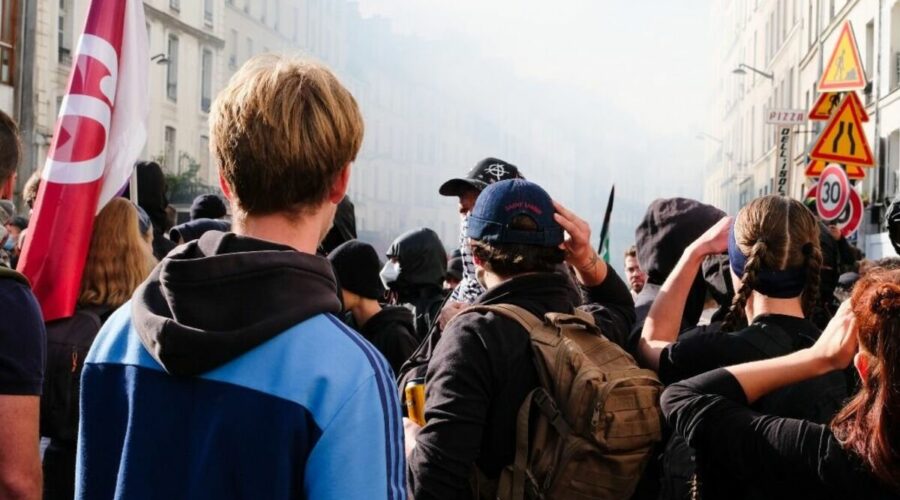 Thousands of people took to the streets of the French capital on Sunday to protest against soaring prices, a report has claimed. La France Insoumise leader Jean-Luc Melenchon attended the protests.

Mr Melenchon contested his second French Presidential Election campaign earlier this year in which the ex-Bouches-du-Rhone MP was eliminated in the first round, finishing narrowly behind National Rally’s Marine Le Pen.

However, his performance was markedly better than in 2017 when he finished with a slightly lower share of the vote and in fourth place.

Mr Melenchon, who called for a general strike on Tuesday, said: “You’re going to live a week like no other, we are the ones who started it with this march.”

Four French unions were also present as they urged for strikes and protests on Tuesday for wage increases.

According to Reuters, the four unions also called the protests to help protect the right to strike.

The Government had ordered the requisitioning of some oil refinery workers, a move seen by unions as a violation of their constitutional rights.

Protests in Paris followed a call by the left-wing New Ecologocial and Social People’s Union (NUPES).

NUPES is the main political coalition within France’s opposition, with 151 MPs in the National Assembly.

However, France’s biggest union CFDT was not in attendance.

The Hauts-de-Seine MP accused NUPES of looking to exploit the current situation.

Mr Attal said: “Today’s march is a march of supporters who want to block the country.”

The news comes as weeks of strikes for higher wages at oil refineries could spur demand for a general strike.