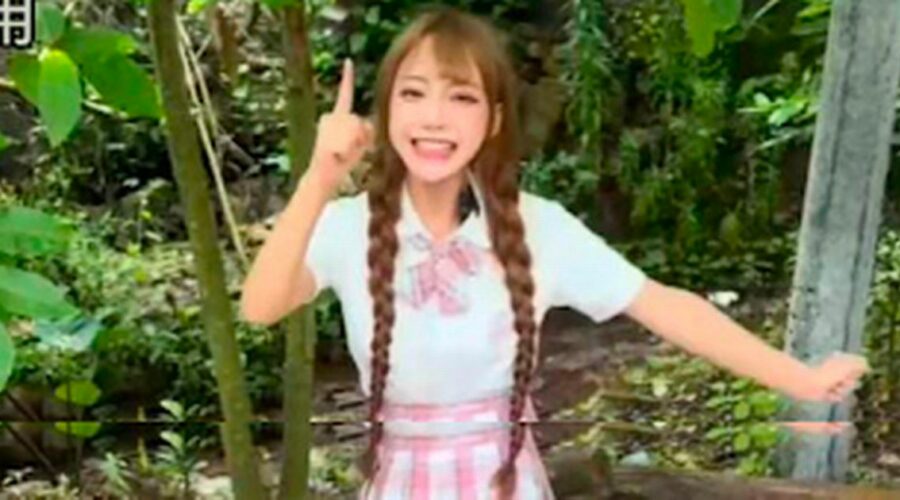 A Chinese food blogger who posted a video of herself eating a fish that she claimed was a great white shark is being investigated by police after the clip sparked a social media uproar.

The young woman, who calls herself Tizi, is a major personality on Chinese streaming channel Douyin, where she has close to eight million followers.

She’s known for her videos where she eats rare, unusual and sometimes endangered animals.

In her latest video, Tizi covers the roasted tail of the young "shark" in pepper before picking it up in her hands and tucking into it.

“It may look vicious, but it's meat is truly super tender,” she says.

According to a caption on the video, the great white shark was “bred in captivity,” but many commenters disputed that it was possible to keep a great white in a tank.

A female great white shark survived for around 44 days in a million-gallon tank at Monterey Bay Aquarium in California in September 2004, but ate very little. Following its release, it died a week later.

The previous record was set in August 1981 when a great white shark lasted 16 days at SeaWorld in San Francisco before being released back into the ocean after refusing to eat.

Viewers said the clip was “disgusting,” pointing out that many countries have banned great white shark fishing, because of the predator’s declining numbers.

A police investigation is now underway, and the clip has been deleted from Tizi’s channel.

She maintains that she obtained the fish "legally" and said that she had sought legal representation.

One Weibo user said: “I’ve seen her videos before. They were outrageous. She also ate a crocodile and a golden giant salamander … It was extremely disturbing.”

"She literally eats anything to grab eyeballs. I was horrified when seeing her eat a crocodile tail once,” another added.

According to the South China Morning Post, Tizi attracted fame due to her "sweet look" and "bold food choices".

Many shark species are caught for their meat. There’s considerable controversy over the cruel practise of “finning,” where the most prized piece of the shark – the dorsal fin – is cut off and the rest of the fish thrown back into the ocean.

Due to the high price of fins, many fishermen say it is more economical to save space on their boats by filling it with fins – rather than bringing the entire shark back to shore.

The sharks cannot survive the procedure, and will either sink to the ocean floor or be torn apart by other sharks.