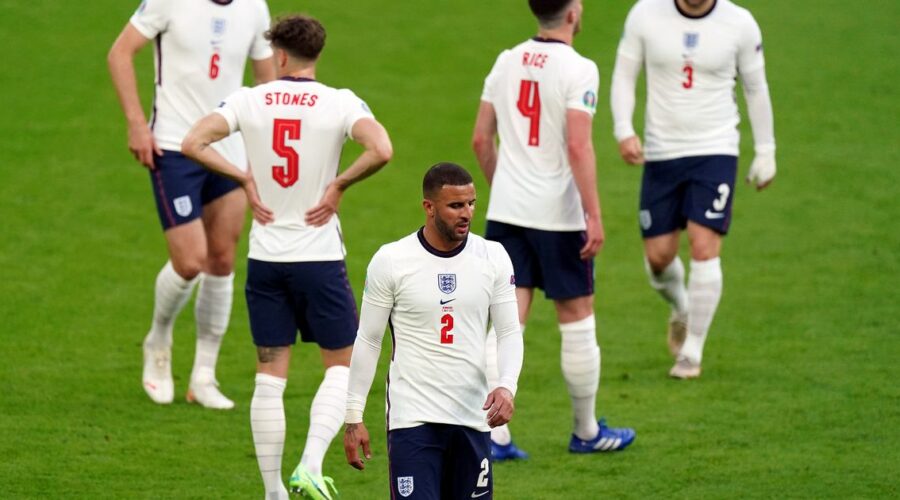 Wembley could be swarmed with flying ants as England line up against Italy in the Euro 2020 final.

A weather radar from the Met Office has detected millions of the critters flying over London and the South East on Friday.

If the bugs like the look of Wembley's lights and roaring noise, they could well use the stadium as a mating ground on Sunday night.

After England's run-in with midges at the 2018 World Cup in Russia, it would not be the first time Gareth Southgate's men have had something other than the opposition to contend with on the pitch.

There is no single "flying ant day" a spell of summer when conditions are perfect for the flying ants to mate in the air and according to the latest meteorological scans, this weekend falls very much in that bracket.

An expert told Sky News that Friday's insect activity is only the beginning of the mating season.

Adam Hart, professor of Science Communication at the University of Gloucestershire and a fellow of the Royal Entomological Society, said: "If conditions are right on Sunday there may be more than three lions on shirts at Wembley and all around the country.

"It's exciting to see the first of the big 'flying ant' events that will continue over the summer.

"Unlike the wingless worker ants, we normally see, 'flying ants' have wings and are quite a bit larger.

"The biggest ones are females – potential new queen ants – and the smaller ones are males."

He added: "They often leave the nests in which were raised on warmer days with light winds, just before rain is due.

"They mate in the air and the females will dig a hole and try to start a new nest if they avoid the gulls."

She said: "Luckily the confusion doesn't last for long, as the reflectivity of an ant is rather different to that of a raindrop, leading to a tell-tale 'clutter' pattern on the radar.

"And after a quick check with satellite imagery, rain gauges, and social media, the tiny culprits are soon revealed."

At the last big international football tournament, players had to be doused from head to toe in fly repellent with swarms of flying bugs seemingly everywhere the camera turned at the Volgograd arena in Russia.

BBC Radio 5 live commentator John Murray said at the time: "If Sunday night at the stadium was anything to go by, these little creatures are going to make it extremely uncomfortable for everyone there.

"There are billions of them. At one point last night it felt like I had 100,000 in my hair. Fortunately, they haven't bitten me at all, it's just their presence that is unpleasant.

"We were warned about many things before coming to Russia, but this was not one of them."

Adam Hart explained the infestation was due to the ground being on the banks of the Volga River at the same time midges grew out of the larva stage to mate.