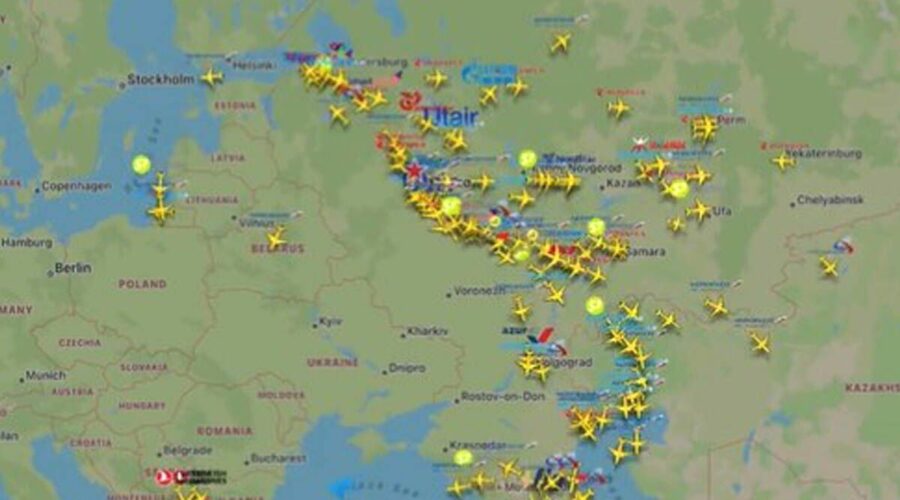 Thousands of planes have been spotted on flight radars swarming out of Russia as its population appears to be fleeing the autocratic regime. Flight prices skyrocketed to mouth-watering sums, in some cases five times the average monthly salary, as fears were raised that men of fighting age would soon be forbidden from leaving Russia following President Putin’s announcement on Wednesday. Online data trends also showed a seismic spike in searches for Aviasales, Russia’s most popular flight-booking site. Elsewhere, Nordic states reported increased activity within their Russian borders as people look to escape the regime.

Direct, one-way flights out of Moscow to Istanbul in Turkey and Yerevan in Armenia, where a visa is not required to travel, were sold out on Wednesday.

Turkish Airlines reported that all flights from Moscow to Istanbul on its service were booked until Sunday.

Standard flight prices for a trip to Turkey from Russia increased more than three-fold in just over a week, with Putin’s announcement believed to be the major catalyst, according to Google Flight data.

Certain routes with stopovers, including those from Moscow to Tbilisi, the capital of Georgia, were also unavailable. 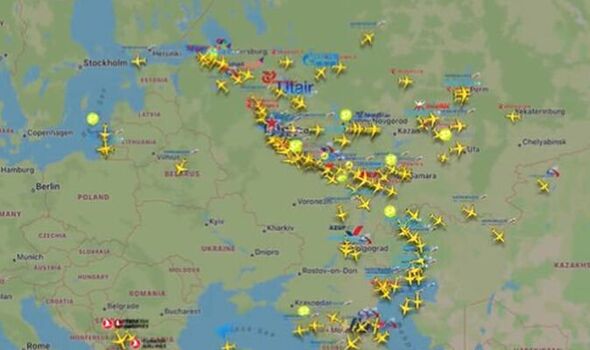 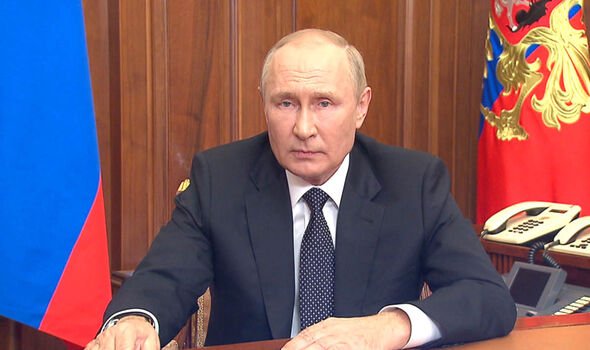 The cheapest flights to Dubai, another popular destination for Russians, cost more than 300,000 roubles (£4,400) – about five times the average monthly wage.

President Putin, in an address to the nation on Wednesday morning, announced the mobilisation of 300,000 military reservists.

Alongside a recital of nuclear threats to the West and attempts to blame foreign aggression for their invasion of Ukraine, Putin called on Russian people to bolster the “special military operation”.

The move was widely belittled by Western leaders, many of whom said it was a sign that Putin is panicking after recent failures in the east. 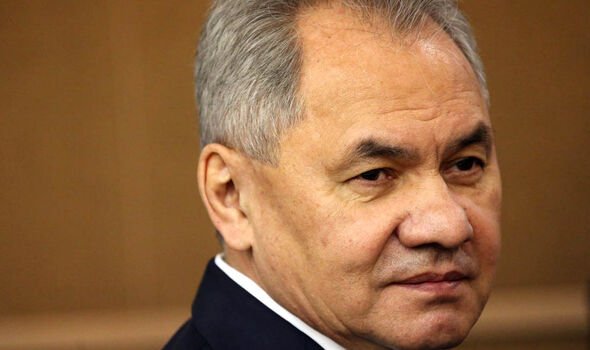 But in Russia, civilians seem concerned that they will be dragged into the conflict against their will, choosing to flee the country instead of risking being called up to fight.

Defence minister Sergei Shoigu said the call-up would be limited to those with experience as professional soldiers, and that students and conscripts would not be called up.

The strength of Shoigu’s promises are unclear, however, and the Kremlin has declined to comment on whether the borders would be closed in the future, asking people to be patient as the law is clarified.

The head of Russia’s tourism agency said no restrictions have been imposed on travelling abroad so far. 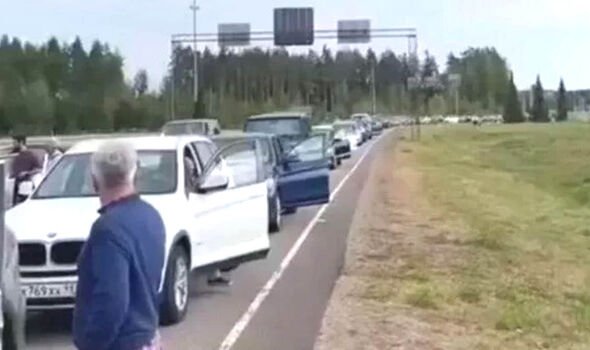 Meanwhile, in Finland, traffic arriving at the country’s eastern border with Russia has “intensified” during the night, the Finnish Border Guard said early on Thursday, while adding that the situation was under control.

“The number clearly has picked up,”” the Finnish border guard’s head of international affairs Matti Pitkaniitty said. “It is an exceptional number in the sense that it clearly is busier,”

He said 4,824 Russians arrived in Finland via the eastern border on Wednesday, up from the 3,133 a week earlier.