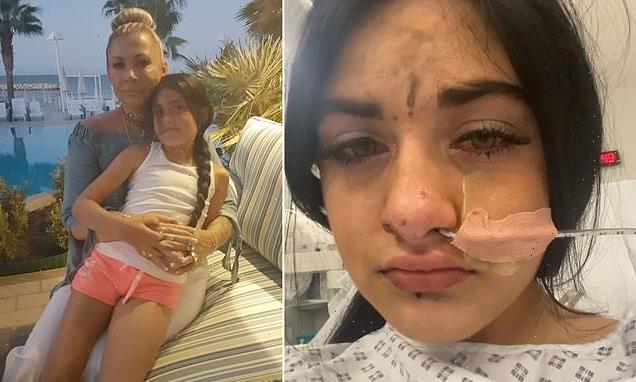 The mother of a schoolgirl who killed herself after police discouraged her from pressing rape charges has released her daughter’s heartbreaking last photograph.

Semina Halliwell, 12, from Southport, Merseyside, was allegedly raped by an older boy after being groomed over Snapchat before her death on June 12 last year.

The Year 7 pupil, who had autism, broke down when informing her mother Rachel of the horrific ordeal following a self-harm incident.

However, family members have claimed she was told by detectives she would not ‘want this thing hanging over her head’ as her case ‘wouldn’t go to court for 18 months to two years’.

Rachel has since shared the last picture of Semina taken four days before she passed away as she sat propped up in a hospital bed with bruising and cuts around her face. 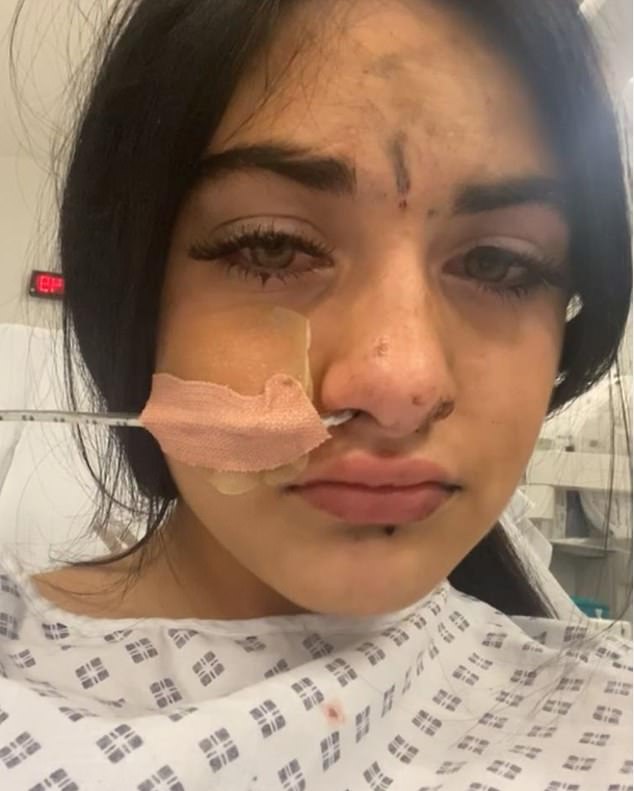 This is the last picture of schoolgirl Semina Halliwell, from Southport, who took her life after she was allegedly raped by an older boy after being groomed over Snapchat 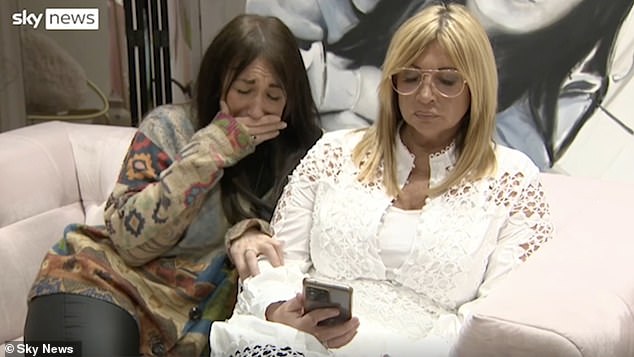 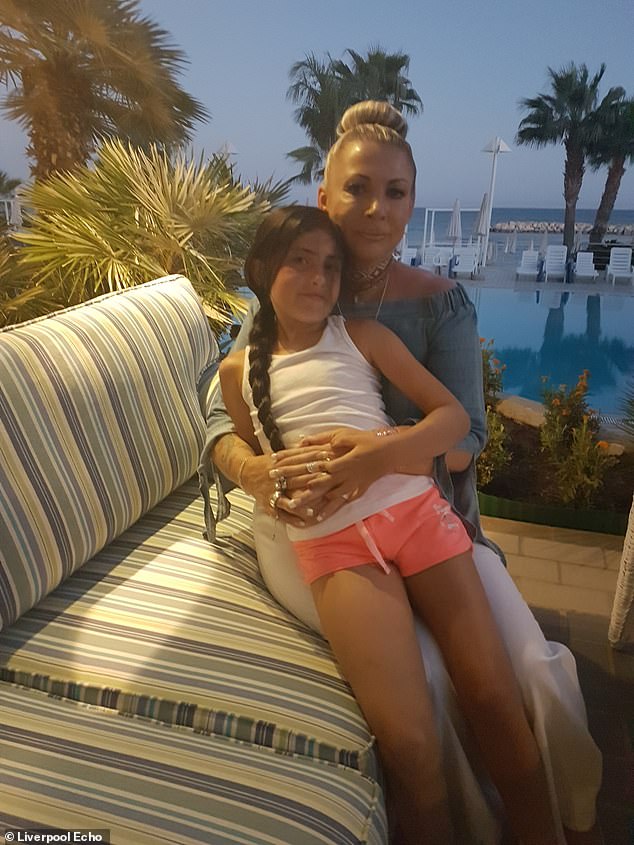 Rachel Halliwell, pictured with her daughter, says Semina was targeted by bullies before her death and her grave was subsequently desecrated 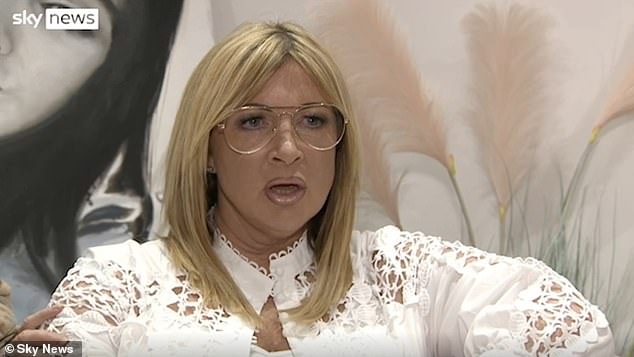 The family say Semina was ‘made to feel like she was an inconvenience’ to Merseyside Police and no charges were brought against the alleged offender – whom she had named.

Semina’s mother and aunt, Clare, said the lead detective investigating her allegations instead ‘sat there and started talking about all the forms he’d have to fill in if she made the complaint’ and the length of time it would take him.

The detective is also said to have told the family that it would be ‘your word against his’, with relatives later telling Sky News that the force did not inform her school of the alleged incident – despite assurances that safeguarding would be put in place.

Instead, the family say Semina was forced to stay at home in order to prevent coming into contact with the alleged offender.

Semina already found it difficult to express herself to strangers and was subjected to vitriolic abuse and violent assaults after reporting the incident.

Her family believe these offences were carried out by associates of the alleged suspect and claim Merseyside Police again failed to fully investigate the allegations.

Rachel said the family received threats they were ‘going to get their heads kicked in’ if they approached police, with Semina later filmed while being assaulted at school.

But the family again claimed officers did nothing to probe the assaults because ‘going around might might make it kick off again’.

Two girls were prosecuted for assault, while Semina’s mother was convicted of an offence after her daughter named the alleged offender.

In a later interview with police in the living room of the family home, three months after the initial allegations were raised, Semina said ‘I’ve had enough of this’ and went upstairs.

Her mother took that to mean she was fed up of dealing with the officers and the lack of progress being made in investigating her allegations.

But she went upstairs to take her own life by lethal overdose.

Paramedics rushed to the scene after the family discovered empty medicine packets and Semina was taken to hospital.

She was placed into an induced coma, but suffered multiple organ failure and four heart attacks before dying on June 12.

Rachel said: ‘It was horrific to watch my daughter pass away. Everybody who is paid to safeguard her let her down. Not one of them told her she was worth their time.’

‘People seem to think that when you take an overdose you go to sleep and you die. No she didn’t. She didn’t at all. We had to watch her die, her body shut down first. No parent should go through that.’

Semina’s aunt Clare also recalled the medical team sobbing around the schoolgirl as they tried to save her life. 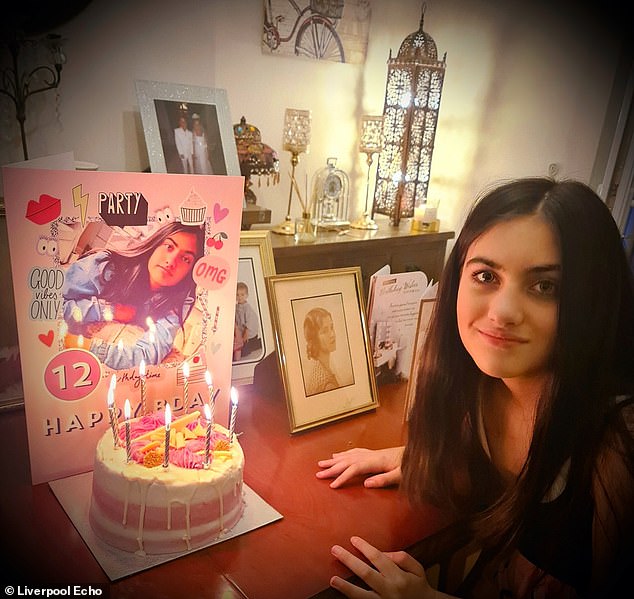 Semina died on June 12 last year after spending four days in hospital. Her mother alleges that the youngster was ‘raped and bullied before taking her own life’ 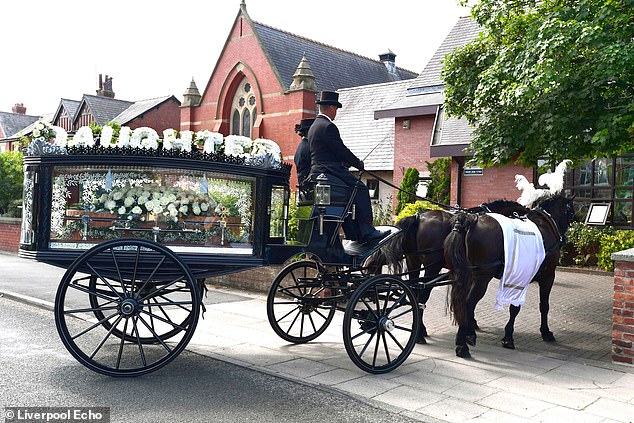 The funeral of Semina at St Patrick’s Church in Southport last year. Her coffin was carried by a horse drawn carriage as mourners carried white roses

Following her death, they endured further suffering when a video emerged on social media offering £10,000 to ‘trash’ Semina’s grave.

And footage of her being bullied at school was also directed at the family around the time of her funeral.

It included edited pictures of Semina ‘lying in a coffin’ sent from fake accounts, but the family say police did not adequately probe further allegations of harassment.

Rachel branded Merseyside Police ‘absolutely disgusting’ and attributed her death to the force, along with ‘the perpetrator, his family and social services’.

Semina’s phone, which the family claim is a key part of the investigation, is still in possession of the police.

The family have asked that it be returned as it contains pictures of Semina not available elsewhere.

A spokesperson for Merseyside Police said an inquest is currently being considered by Sefton, Knowsley and St Helens Coroner and it would not be appropriate to comment on the allegations until the inquest process is complete.

They added: ‘However, we have, and are, co-operating fully with the Coroner in this matter.’

Snapchat said it is unable to confirm if the app received requests for information from detectives for Semina’s case.

A statement added: ‘This situation is devastating and our thoughts are with the family at this difficult time.

‘Nothing is more important than the safety and wellbeing of our community. We strictly prohibit bullying, harassment and other types of unwanted contact.’

‘Our global law enforcement operations team supports police investigations, and we have the ability to preserve and provide content to the authorities when we receive requests for assistance.’

An inquest will be held in due course.

For confidential support call the Samaritans in the UK on 08457 90 90 90, visit a local Samaritans branch or click here for details.