Former Tory prime minister David Cameron is set to drop a potential bombshell on the Conservative Party by finally publishing his autobiography days before its annual conference.

Harper Collins today confirmed that For The Record, for which the ex-statesman was paid an £800,0000 advance, would be released on September 19, just 10 days before the Conservative faithful descend on Manchester.

With Theresa May still defying attempts to pry her from Number 10 it is possible she could still in charge when it hits the shelves.

But if she has agreed to go by then it could also make for difficult reading for her successor. 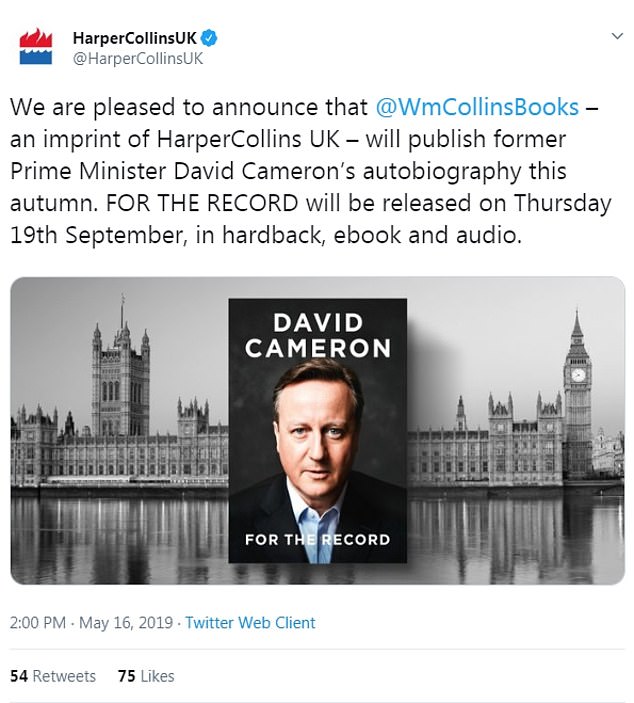 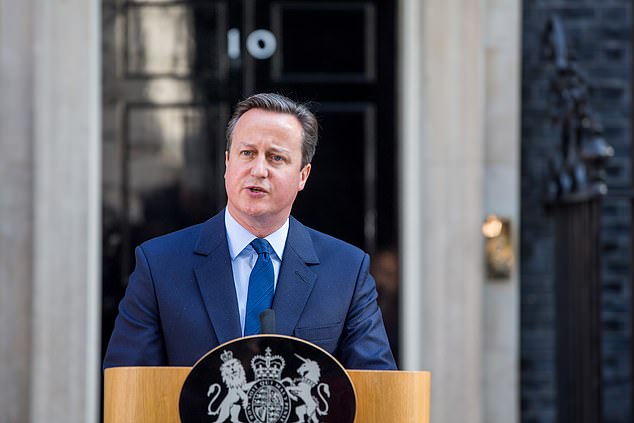 ‘For The Record will be released on Thursday 19th September, in hardback, ebook and audio.’

In a statement, it added: ‘In For the Record, he will explain how the governments he led transformed the UK economy while implementing a modern, compassionate agenda that included reforming education and welfare, legalising gay marriage, honouring the UK’s commitment to overseas aid and spearheading environmental policies.

‘He will shed light on the seminal world events of his premiership – the Arab Spring; the rise of ISIS; the invasion of Ukraine; the conflicts in Libya, Iraq and Syria – as well as events at home, from the Olympic Games in 2012 to the Scottish referendum.’

Mr Cameron was reported to have bought a £25,000 shepherd’s hut to provide him with a place in his Oxfordshire garden to write the book.

The former leader, who had initially been due to release the story of his life in Downing Street last year, had chosen to wait until after Brexit in March to avoid disrupting negotiations.

But it may now be released while the UK is still in the EU.

It is pencilled to come out before the conference, which will take place in Manchester between September 29 and October 2.

He was prime minister from 2010 to 2016, when he quit immediately after leading the Remain campaign to defeat in the Brexit referendum.

Mr Cameron signed an £800,000 book deal with William Collins in October 2016 after a bidding war among publishers.