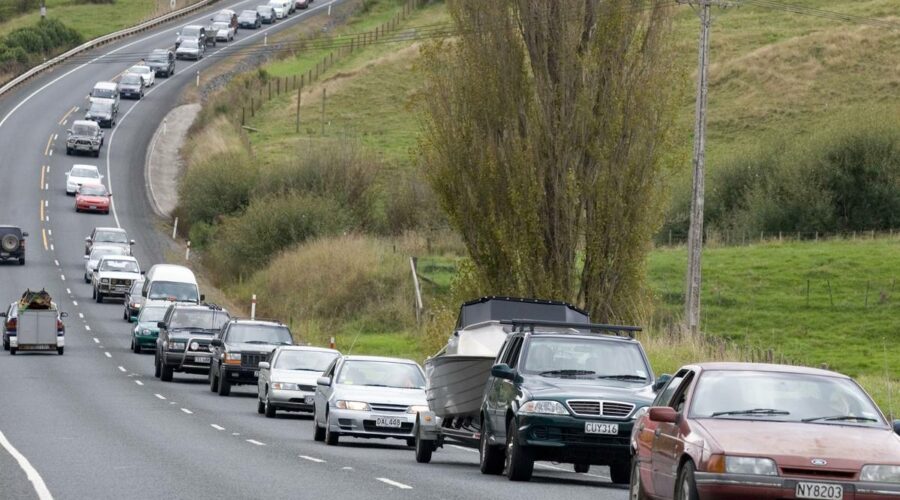 Easter traffic is quickly piling up on motorways north and south of Auckland as holidaymakers head home from the long weekend away.

The journey from Wellsford to Silverdale is taking almost twice as long for motorists – an hour on State Highway 1 instead of 35 minutes.

From Wellsford to Auckland city congestion is causing a journey time of one hour and 20 minutes instead of the usual 54 minutes.

The New Zealand Transport Agency (NZTA) predicts traffic will be at its heaviest until 4.30pm today between Puhoi and Wellsford.

Drivers are urged to avoid peak traffic times or plan for the delays.

South of Auckland long delays are forming between Rotorua and Manukau.

NZTA’s Auckland traffic dashboard indicates the journey could take up to six hours, but Google traffic updates time the journey as taking around three hours.

Traffic is particularly congested on State Highway 1 between Hamilton and Taupiri, according to NZTA’s dashboard.

On State Highway 1 between Bombay and Auckland CBD the journey is expected to take around 11 minutes longer than usual.

Meanwhile most traffic surrounding the capital is free-flowing.

No delays are yet reported on NZTA’s traffic dashboard for Hutt Valley, Wairarapa and Wellington.

A 15-minute delay between Levin and Waikanae is being reported by NZTA due to congestion in Otaki.

Traffic is picking up southbound from Ōtaki to Peka Peka and it’s expected to last until 6pm.

Motorists are urged to be cautious on State Highway 2/Remutaka Hill Road as Metservice issues a strong wind warning.