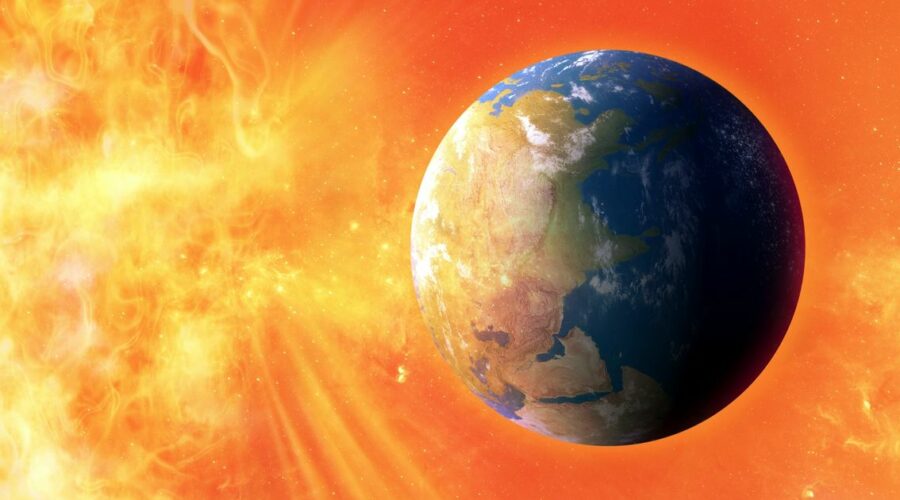 Earth could soon be in the firing line of a massive solar storm with the power of a billion hydrogen bombs.

A huge explosion on the far side of the Sun spat out a potential "X-class" flare last week, sparking Star Trek-style warnings from astronomers.

It is one of the most powerful the sun can produce and only "narrowly" missed Earth, in universe terms.

But the area on the Sun’s surface that was responsible for the blast could soon be pointed at us again.

And in the worst-case scenario we could see major continent-wide power blackouts as a result.

Former NASA astronomer Tony Phillips said: "Given the size and complexity of this large active region, there’s a good chance the explosions will continue in the days ahead."

The solar flare last week, which fired out a red-hot plasma dome, caused a shortwave radio blackout in Australia and New Zealand.

The most distant stars in the Milky Way – more than 200 mysterious suns in the "stellar halo" far beyond a satellite galaxy known as the Large Magellanic Cloud – have been discovered by astronomers at the University of California, US.

Warnings of a terrifying solar storm come as Brits see history in the making with the launch of a first-ever UK rocket, with the help of a Boeing 747.

Daily Star reported the launch, with Richard Branson's Virgin company jetting off into space in what has been called a "new era" for the British space race.

The launch, which was originally planned for late last year, was postponed due to technical difficulties that have since been sorted out, by the looks of the successful launch that shot Britain into the space race.

UK Space Agency deputy chief Ian Annett said that there was "immense excitement" about the prospect of a British entry into the space race.