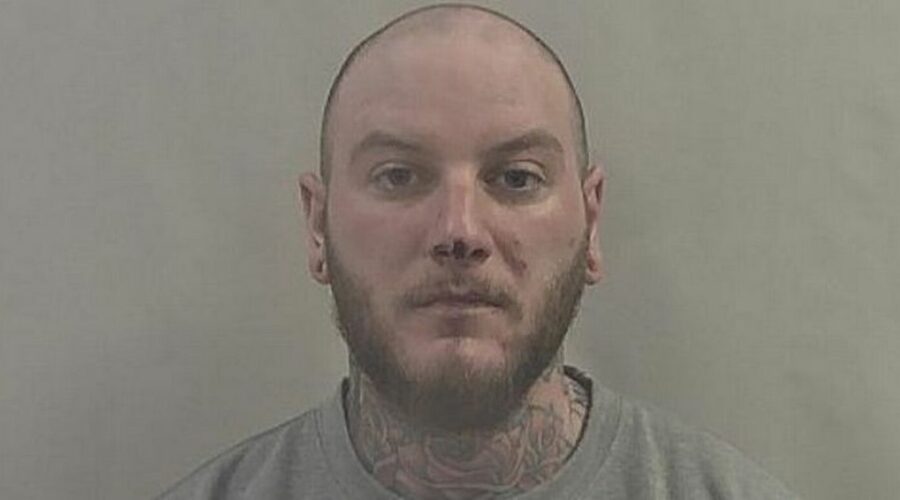 A drugged-up driver tried to rape a woman at the scene of a motorway crash that he caused, before also assaulting people who came to help.

Jason Holmes, 33, from Scunthorpe, strangled his victim on the embankment beside the crash until she passed out, then removing her clothes and attempting to rape her.

The drivers of the two other vehicles on the hard shoulder were then assaulted by Holmes before he was arrested at the scene.

The two vehicles pulled over onto the hard shoulder, along with a third vehicle which pulled over to check on the welfare of those involved in the collision, Hull Live reports.

The accident happened just after midday on Monday, September 27 last year, when Holmes had taken several non-prescription drugs and ploughed at speed into the rear of another car.

Holmes was driving along the M180 towards the junction with the M18 between Hatfield and Thorne, South Yorkshire.

He was locked up for six years and eight months at Grimsby Crown Court.

He is also required to register under the Sexual Offences Act indefinitely.

On release from prison he will also be disqualified from driving for a minimum of 18 months, and will be the subject of a restraining order preventing him from going near the victim.

DC Stephen Barnes, leading the investigation for South Yorkshire Police, praised the victim of the attack for her bravery and helping secure the conviction.

He said: “The victim had to go through an awful and harrowing ordeal which will stay with her for ever, and we commend her bravery in helping us with the investigation, re-living those frightening moments and helping us to prepare the case to get her attacker jailed."

If you or somebody you know has been affected by this story, contact Victim Support for free, confidential advice on 08 08 16 89 111 or visit their website, www.victimsupport.org.uk.