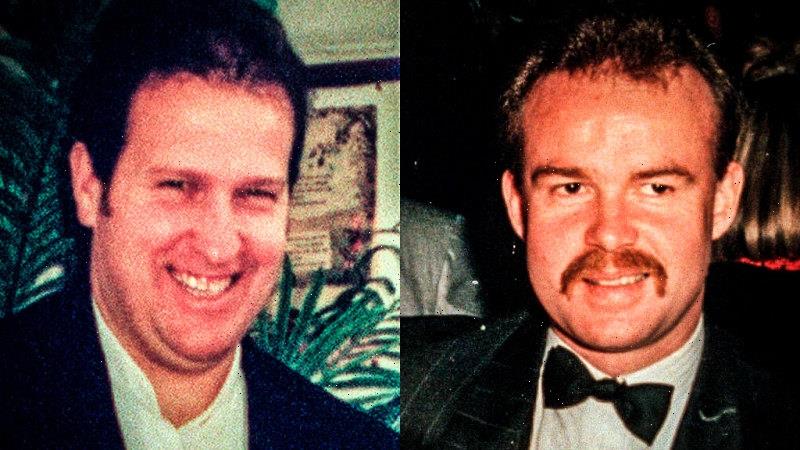 A witness has told a murder trial he saw Bandali Debs standing alone near a car within an hour of the shootings that killed two police officers in Melbourne’s south-east suburbs, and feared the gunman was there for him.

Prosecutors allege Jason Roberts was with Debs in Cochranes Road, Moorabbin, after midnight on August 16, 1998, when Sergeant Gary Silk and Senior Constable Rodney Miller were shot. Silk died at the scene and Miller died in hospital. 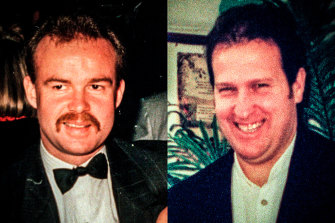 Roberts argues he wasn’t in Moorabbin and has pleaded not guilty to two counts of murder.

On Monday, William Prideaux told the Supreme Court trial he was walking his dog around his Moorabbin neighbourhood when he saw a man standing near a dark-coloured hatchback about 11.30pm on August 15, 1998.

Prideaux said he walked past the car and saw there was no one else inside or nearby. Asked who he saw, he replied: “Bandali Debs.” He said he later recognised the man he saw, when a newspaper published Debs’ photograph.

Prideaux said he was paying “extra special attention” to his surroundings in 1998 as he was a criminal and owed people money. He said when he saw the figure near the car, he feared the man had come to shoot him. 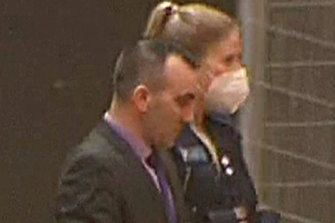 “I thought he might have been someone sent down to do the job,” he said. 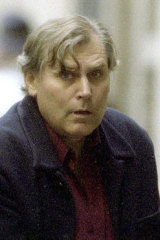 Police officers who comforted the dying Miller have told the trial he made references to two offenders. But several of the police witnesses acknowledged in evidence what they said they heard wasn’t recorded in written notes or statements taken afterwards.

Prideaux said he returned home after seeing the man, got his gun and went outside, but the man had gone.

He said he was in touch with Roberts’ lawyers last year after he told an associate what he saw.

Roberts, 41, has pleaded guilty to 10 charges of armed robbery over the hold-ups he did with Debs in 1998.

But he argues he was with then girlfriend Nicole – Bandali’s daughter – at the Debs family home in Narre Warren when the shootings happened.

Roberts gave evidence last Friday that Bandali Debs told him that he alone shot Miller and Silk. Debs has previously told the trial Roberts was with him in Cochranes Road in Nicole’s Hyundai Excel.

Silk and Miller were on a stakeout in Moorabbin as police investigated the armed robberies, and pulled over the Hyundai when they followed it from outside the Silky Emperor Chinese restaurant.

Roberts’ former solicitor, Simon Moodie, said on Monday he visited Debs in prison in Goulburn in NSW in June 2017 and took with him an affidavit Moodie had drafted. Moodie said the document read “Debs had gone out alone on that night and Jason Roberts had stayed at the Debs home with his daughter, Nicole”.

“I suggested that to him and he agreed that was the case,” Moodie said.

But Debs refused to sign the affidavit, Moodie said, and stated he wouldn’t until he was moved to a Victorian prison.

Throughout Roberts’ evidence, he repeatedly denied he was with Debs when the officers were shot. He said he helped cover up the crime, including disposing of guns, after Debs told him what happened.

On Monday, he admitted he repeatedly lied to investigating police about what he knew, “because Ben killed two police officers. That’s no small thing.”

Prosecutor Ben Ihle, QC, asked Roberts if the reason he told Debs – in a recorded conversation after the shootings – the police had “no idea” about what happened in Cochranes Road, was because he was there.

Roberts replied: “No, not at all.”

At one point, Roberts appeared frustrated with Ihle when questioned about what was said by him and officers during police interviews.

“You would give a Panadol a headache, mate. You’re being misleading,” Roberts said.

Justice Stephen Kaye has told the jury Debs and Roberts were convicted of the murders in 2002, but the Court of Appeal had granted Roberts a retrial.

Former homicide detective Ron Iddles will on Tuesday be the final witness called.