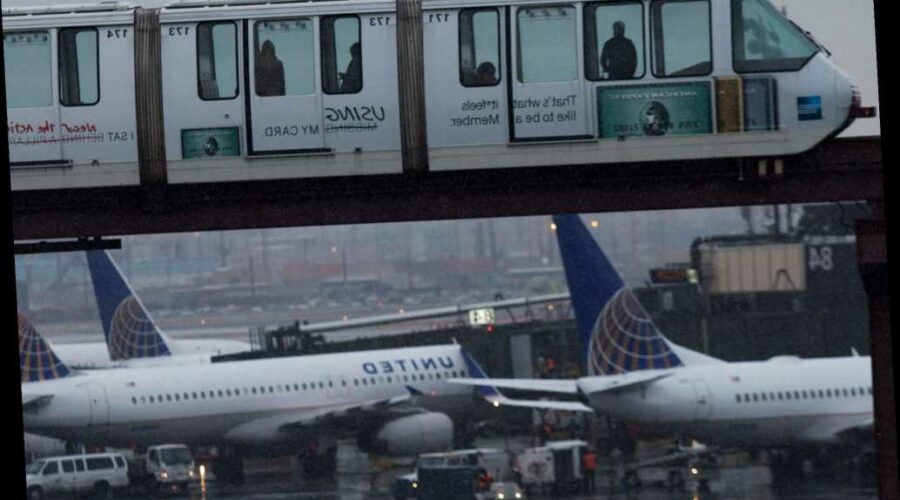 All flights out of LaGuardia, JFK suspended due to snowstorm

A federal review of Gov. Andrew Cuomo’s widely panned LaGuardia Airport AirTrain project accused officials of using “arbitrary” criteria to ensure the plan was chosen above all others — and concluded the railway would likely be slower than just driving there, newly revealed documents show.

Emails and documents obtained by environmental group Riverkeeper this week through a freedom of information request show Federal Aviation Administration officials in 2019 peppered the Port Authority of New York and New Jersey with concerns about its rationale for rejecting alternatives to the pricey project — even though the feds are now poised to green-light it.

“They called out the draft for being deficient,” said Riverkeeper’s Mike DuLong. “And then FAA did its own analysis and came to the exact same conclusion and they have some of the exact same missteps.”

Critics have long blasted the planned $2 billion elevated train’s bizarre “wrong-way” route — which goes past Citi Field instead of toward Manhattan — and have argued that it won’t actually be any faster than existing transit options.

The documents show federal officials specifically called out the Port Authority’s laser focus on the criteria of “minimization of community impacts” for the project, which the feds said unfairly stopped officials from considering alternatives like buses, ferries — or even extending the N and W subway lines from nearby Astoria.

“Using minimization of impacts to screen out alternatives leads to arbitrary and unevenly applied criteria that are not fully informed by the full range of impacts associated with each alternative,” the FAA wrote in comments.

“It also only allows one alternative to possibly meet the criteria.”

The 2019 analysis also indicated federal officials believed there were “fundamental” flaws in the Port Authority’s claims that the AirTrain could enable travel between Manhattan and the airport in a 30-minute timeframe via the Long Island Rail Road.

To get to LaGuardia from Manhattan in under 30 minutes, travelers would have to start the clock on the LIRR platform at Penn Station — where a train would have to be waiting for them and about to leave, the FAA wrote.

Port Authority officials also blew off the possibility of delays or capacity constraints on the LIRR and subways, according to the document.

“A 36-minute door-to-door car ride may actually be quick than 28 minute train ride when the time to travel from the door to the station platform is factored in,” FAA officials wrote.

Any potential time savings would be further reduced by the sheer fact of geography. To board the AirTrain, travelers will have to start nearly two miles farther east of Manhattan than the airport.

“The bus service that goes to LaGuardia is faster than the AirTrain is going to be,” DuLong said. “Every transit expert that I’ve spoken to has said that this is a bad idea, and that there are better options on the table. We just want a meaningful review of those alternatives.”

Despite these concerns, however, Riverkeeper argues that the FAA ultimately mimicked the same methodology in its own subsequent review of the plan the following year — coming to the same conclusion to support the AirTrain.

DuLong said the FAA is expected to give the project the go-ahead as soon as April 15.

An FAA spokesman said the agency received the documents from Riverkeeper late Tuesday afternoon and is reviewing them.

“The FAA conducted a thorough process that resulted in a 600-page environmental impact statement that appropriately and independently examined all alternatives and ultimately identified the Port Authority’s proposed route as the preferred alternative for bringing mass rail transit to LaGuardia Airport,” the rep said in a statement.