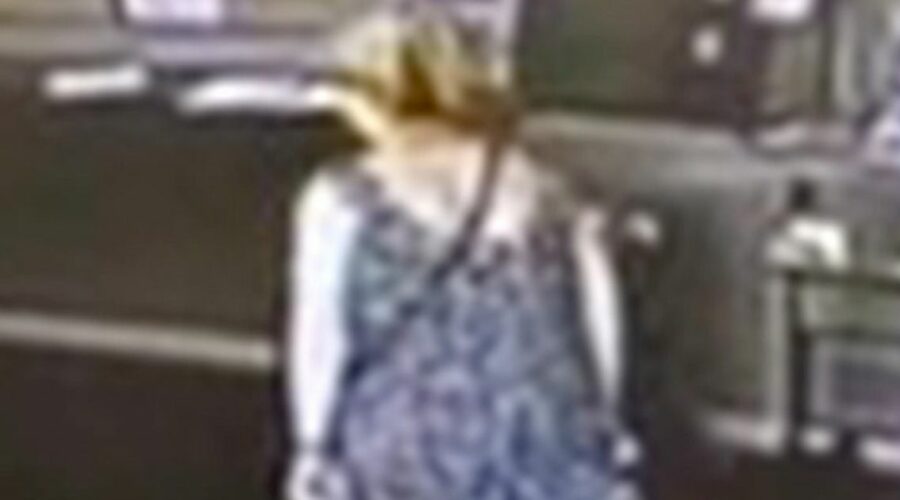 CCTV footage from inside a cafe caught the disgusting moment poo fell out of a woman's sundress onto the floor – only for an unsuspecting bloke to slip on it.

The video, which has gained more than 164,000 likes on TikTok after it was shared by @oppglobalmemes, shows the woman casually walking into the cafe as something appears to fall out of her floral dress.

A bloke entered shortly after her, donning a red shirt, straw hat and striped shorts – but just as he removes his hat while walking in the doorway, the gentleman slips on what is believed to be a poo left on the floor.

READ MORE: Woman does a poo during violent Primark brawl as shoppers watch in horror

Reacting to the footage, the man who recorded the clip said: "Oh, that is a poo, he's just stepped in the poo."

The clip was also captioned: "Just a normal lady walking normally through a store."

The sickening video is believed to have been recorded back in 2015 video after it was posted on the Drunk People Doing Things Youtube channel, before it resurfaced on TikTok on July 19.

TikTok users took to the comments to poke fun at the incident and while some were stunned at the woman casually pooping on the floor, others said it happens more often than people realise.

One user commented: "How does one casually just drop a log in a shop and carry on?"

Another wrote: "This happened in Sainsbury's and someone put a basket over it, yes there was basically a turd in a cage in the middle of the aisle."

A third said: "Did she think nobody would notice?"

A fourth added: "Work in customer service in the UK and this has happened 4 times in my store in under 5yrs. All women too."

One user even dubbed it the "American Primark" as they were comparing it to a woman who defecated on herself during a brawl at the Birmingham store.

The shocking footage that went viral on Twitter showed a woman tackling another to the floor as the camera pans around the pair as they exchanged blows on Friday, July 9.

By the end of the clip, which has received more than 200 retweets and 1,900 likes, one of the women, who appeared to be wearing no underwear, had a poo during the fight.