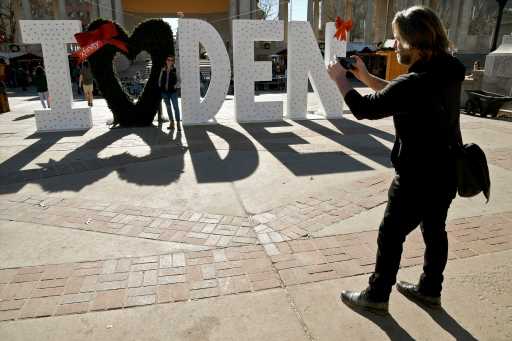 It’s been a long time coming but Denver may finally get its first snow of the season. Although it’s very late and we’ve waited nearly a record number of days in between accumulating snows, the streak could come to an end this week.

The weather this season has been concerning. The overall lack of snow and precipitation, in general, is enough to have sent Denver back into severe drought. While the upcoming storm isn’t going to be a blockbuster, it is at least something and any kind of moisture is very much needed.

Denver as of Tuesday has gone 231 days without seeing measurable snow. The only year with a longer span between measurable snows in Denver was all the way back in 1887 when the city went 235 days without accumulating snow. With the way this forecast may pan out, it’s possible we could get a tenth of an inch of snow Thursday, which would snap the streak at 233 days. It is more likely Denver will receive measurable snow Friday, meaning we will fall one day shy of the all-time record. Regardless of when snow officially happens, it has been a very long time since Denver has seen snow.

The record latest date of the first snow in Denver has come and gone and is almost a distant memory at this point.

A cold front associated with this system will push across the region late Thursday night into Friday morning. Above-average temperatures are expected Thursday before the cold front moves in, so we have nice weather expected until then.

Once the cold front pushes through, upslope flow will start to create some light precipitation. This could start initially as some light rain but then transition over to snow rather quickly. As mentioned, we’re not expecting a large storm but the first snow of the season is always a bit of a doozie for new and existing residents and that should be especially true this round since it’s been so long since snow has covered the roads here in Denver.

Snow will continue through Friday morning and possibly into the afternoon hours before dissipating into the evening. In total, about 1 to 3 inches of snow can be expected for the metro area.

With there being a few days before the cold front moves in, some of these details can change but let’s hope we get more moisture than what is currently anticipated because that is was we so desperately need. Moisture.

Andy Stein is a freelance meteorologist.

08/12/2021 World News Comments Off on Denver weather: Will it finally snow this week? Here’s what to expect.
Markets