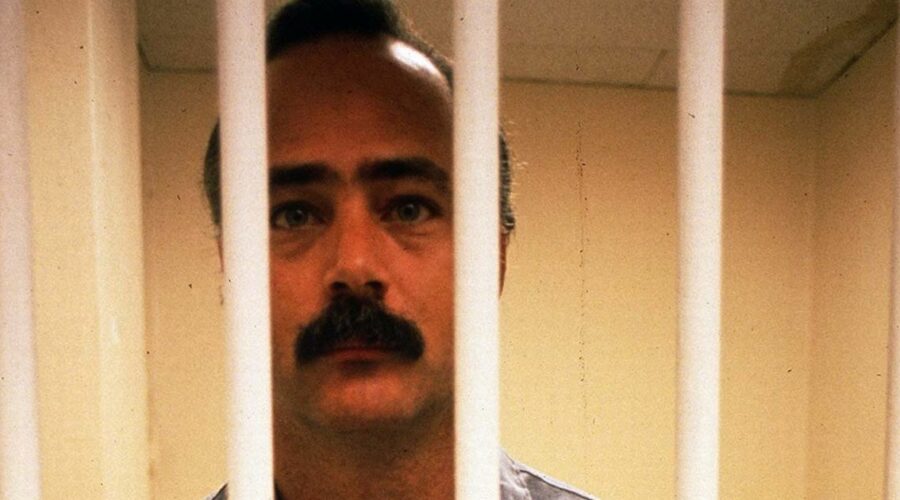 Death row has been the last resting place for hundreds of some of the world's most disturbed prisoners.

Many enjoy a special last meal, pray and say goodbye to loved ones before making their way to be executed.

But all get the chance to say a few last words, with some particularly memorable – or downright bizarre – lines being uttered ahead of their death.

Here we look at some of the most standout quotes of all time.

I'd rather be fishing

At Christmas in 1982, Jimmy Glass, 20, escaped from jail with inmate Jimmy Wingo.

Shortly after their escape the pair shot dead an elderly couple while burgling their home.

After their arrest, they blamed the crime on each other and both were given the electric chair.

Before his death in 1987, Glass told witnesses "I'd rather be fishing."

As he was being strapped into the electric chair in 1928, convicted cop killer George Appel found time to crack a joke before execution.

Bowing out with the line "well gentlemen, you are about to see a baked Appel," the prisoner has become better remembered for the quip than his actual crime.

In fact, very little is known about the murder itself.

Get this party started

Back in 1995, James Lewis Jackson married his sweetheart Sharon and became a stepdad to her two daughters.

But all was not well.

Jackson struggled to keep a job due to heavy drug use.

His marriage also began to fall apart. When his wife threatened divorce, he strangled her and her daughters.

Before being put to his death in 2007 by lethal injection, Jackson gave us the immortal line: "Warden, murder me. I'm ready to roll. Time to get this party started."

After being convicted of murder after strangling and injecting battery acid into his victim during a robbery in 1991, Robert Charles Towery was sentenced to death.

He was executed in 2012, but not before he got the chance to mutter the quite bizarre line: "I love my family. Potato, potato, potato."

Later, it was revealed the vegetable reference was actually a cryptic message to his nephew, with whom he often said it was the noise a Harley-Davidson motorbike makes when idle.

Happiest moment of my life

Way back in 1887, German immigrant George Engel was wrongly convicted of throwing a bomb at police during a violent clash between anarchists and labour activists.

Despite reportedly being home playing cards at the time of the crime, he was found guilty of murder and sent to the gallows to hang.

Surprisingly, Engel seems quite happy with the outcome. Before his execution, he declared: "Hurrah for anarchy! This is the happiest moment of my life."

Former prostitute Aileen Wuornos had a troubled upbringing to say the least.

Her dad was a child molester and hanged himself in prison, while her mum gave her to her grandparents to look after.

By the time she was 12, she was heavily into sex and drug abuse.

While plying her trade as a sex worker, her hatred for men took a murderous turn, shooting dead seven from point-blank range between 1989 and the following year.

During her trial in 1992, she denied the murder charges, claiming her bloody acts were in self-defence, but her pleas failed to sway the jury and she was sentenced to death.

However, as she was about to be executed by lethal injection in October 2002, she came out with the utterly bewildering Hollywood-tinged monologue: "Yes, I would just like to say I'm sailing with the Rock, and I'll be back, like Independence Day with Jesus. June 6, like the movie. Big mother ship and all, I'll be back, I'll be back."

After killing a motorist who had picked him up in Oklahoma in 1958, hitchhiker James French was convicted of murder and initially sentenced to life in prison.

However, in a truly bizarre twist, French decided he didn't want to live anymore.

But because he was too afraid to take his own life he murdered an inmate to ensure he would be executed.

Before being given the electric chair in August 1966, he got one last chance to grab the limelight with the quote: "How about this for a headline for tomorrow's paper? French fries."

Despite being convicted of rape and murder of nun, Sister Tadea Benz, 76, in 1981, Johnny Frank Garrett's execution was controversial.

Garrett suffered with severe mental illness and was only 17 when he was sentenced.

He also had a horrific upbringing, with one mental health expert describing him as having "one of the most virulent histories of abuse and neglect…[he had] encountered in 28 years of practice."

There was also a lot of speculation he was actually innocent, with many claiming the crimes led back to a Cuban refugee who had carried out similar acts.

However, before his execution, Garrett, who denied the conviction, was defiant to the last, saying: "I'd like to thank my family for loving me and taking care of me. And the rest of the world can kiss my ass."

They took their victims from a fast food restaurant and drove them to an isolated area, where Robert shot them dead.

The brothers then stole a car and robbed a bank.

They were arrested soon after and Robert was sentenced to the gas chamber. Daniel served six years behind bars.

Not to be outdone by his impending fate in 1992, Robert's infamous last words were: "You can be a king or a street sweeper, but everyone dances with the Grim Reaper."

Thomas Grasso's horrendous crimes included strangling an elderly woman with Christmas lights and murdering an elderly man for his pension.

Although his last meal in 1995 was made up of four dozen steamed mussels and clams, a Burger King cheeseburger, half a dozen barbecued spare ribs and two strawberry milkshakes, it seems Grasso was not entirely satisfied with his lot.

So much so, that his final words were to complain about the feast, saying: "I did not get my Spaghetti-O's, I got spaghetti. I want the press to know this."

I have something to say, but not at this time

Despite being considered to have an acute mental illness, Grover Cleveland Redding led a colourful life.

Claiming to be the prince of Abyssinia – now known as Ethiopia – Redding was sentenced to death in 1921 for starting an anti-government riot, which saw two of his 'followers' were shot dead.

Shortly before he was due to be hanged in Illinois the same year, he had the time to give one last witty retort, exclaiming: "I have something to say, but not at this time."