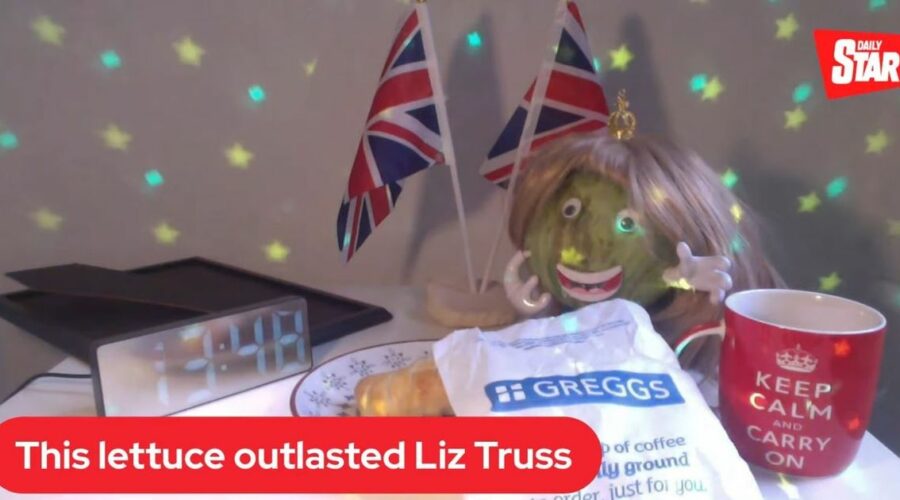 A momentous day for Daily Star's lettuce as she outlasts ex-Prime Minister Liz Truss, capturing a social media storm along the way to victory.

Naturally, when lasting in a position of power for less time than a slowly rotting vegetable, the general public will tend to poke fun, and the likes of Twitter and Facebook did not disappoint.

Former Prime Minister Liz Truss announced her resignation just 44 days into the job at No. 10, in a brief speech that announced a leadership contest would wash up a new leader next Thursday (October 27).

Until then, though, social media users have fanned the flames of funny content in the wake of Truss' resignation.

PaddyPower bagged a solid tweet in jest of former PM Truss, writing: "You have to hand it to Liz Truss. The only Prime Minister in history who couldn't outlast a lettuce."

LADBible too mocked the recently resigned minister, posting a popular meme that saw an elderly man representing the lettuce say "call an ambulance, but not for me" as he drew a handgun and pointed it toward an assailant.

Aldi too were keen to state that it was a "great day to be a lettuce", and that it was as our very own leafy legend proved they were a fighter, not a quitter.

Another Twitter user posted a glam pic and video of model Chanelayan wearing lettuce-looking dress with the caption: "The Daily Star Lettuce when @trussliz resigns."

Historic it is to lose out to a lettuce, it also marks the shortest reign of any Prime Minister at just 44 days, the same amount of time Brian Clough steered the infamous Damned United squad, and 75 days less than former Prime Minister George Canning.

Canning's shortest reign is now over, although to his credit, he did die of tuberculosis while on the job, which isn't quite the same as as losing out to a lettuce that swigged their way through red wine and chowed down on tofu throughout a seven-day livestream.

As the Daily Star lettuce celebrates good times and drinks up what appears to be a bottle of Gordon's gin and a bottle of Prosecco, many are left wondering who the next leader of the Conservative Party and Prime Minister will be.

The Daily Star lettuce still has a few days before expiry…

Truss' resignation may impact others members of parliament too, as RadioX presenter Danny Wallace noted that Theresa Coffey may be "running around Number 10 filling her bag with ashtrays."

Another user offered "thoughts and prayers" to the biographer of Truss' biography, Out of the Blue, which was due for release in December.