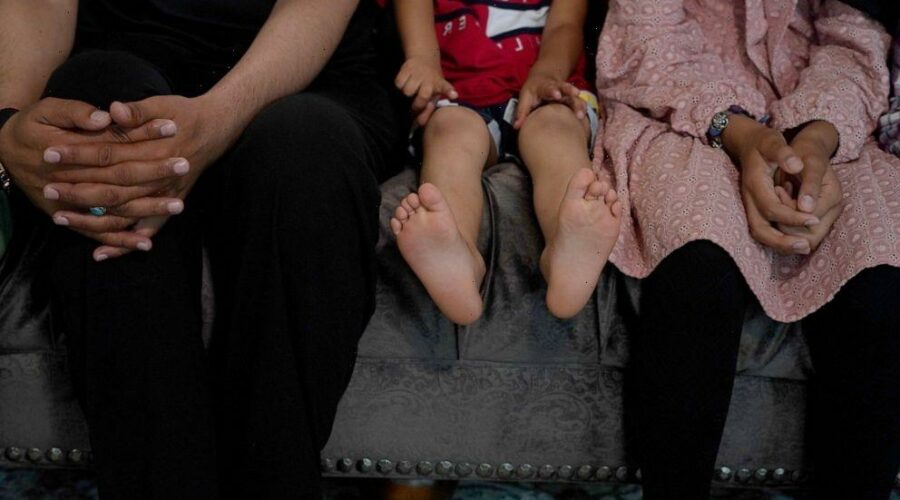 PHILADELPHIA — An Afghan couple who arrived in Philadelphia this week navigated the streets of Taliban-controlled Kabul with their six children repeatedly before making it onto a rescue flight on the third day.

The 36-year-old father, Mohammad, who asked to be identified only by his first name to protect relatives still there, had worked for a security company at the U.S. Embassy and then for a defense contractor since 2004. He first applied for an American visa in 2018. By the time the visa came through on Aug. 8, the Taliban was making its way toward Kabul, and would move on the city a week later.

When they did, Mohammad’s relative near Philadelphia — where the family is now staying — urged him to hurry to the airport, even though he had not yet booked a flight.

The family made it within 55 yards (50 meters) of the U.S. military on their first attempt, on Aug. 16, only to be pushed back by the crowd and return home. They soon learned at least two people had died that day trying to cling to the departing U.S. aircraft.

The next day’s journey proved equally futile, and their children grew frightened seeing Taliban forces fire their weapons into the air. The youngest of the children, ages 3 to 16, wanted to give up.

“I was scared myself. I didn’t want to show it to my kids,” said Mohammad’s wife, also 36, who asked that her name not be used for her family’s safety.

“At the end, I was thinking, ‘We might get hurt. It will be a little hard to get there. But we’ll have a future,’’’ she said through a cousin, who translated for the family and has taken them in.

The cousin, who asked to be identified only as Khan, also to protect relatives back home, has made three airport runs this week for family arriving from Afghanistan, some of them U.S. residents or citizens who had been visiting when Kabul fell.

His family has had as many as 22 people fill their suburban home this past week, with the smell of qabli, a chicken and rice dish, and green tea wafting through the first floor on Thursday, as the newly arrived youngsters — the 3-year-old in a bright red Tommy Hilfiger T-shirt — squealed and ran up and down the center hall staircase.

Their mother had enjoyed running their busy household in Kabul, where the couple said their children could have gone to college or even graduate school given the progress they saw during the U.S.-led occupation over the past 20 years.

“People got educated, places got built, it helped our economy,” Mohammad said. “The way of life was getting better in Afghanistan. We could have benefitted if they extended their stay.”

The mood on the plane when they had boarded in Kabul for their first-ever flight, they said, was “happiness” that no one could hide.

“People like us who made it to the airport and then to the plane were very happy thinking about the bright future,” they said, “but also, looking back to the city, they were sad because they lost everything. The country was in chaos. Dark days were coming.”