Britons stuck in Pakistan without much-needed medication; doctors who want to come home to work; and backpackers wasting more than £12,000 on flights they can’t take.

These are some of the latest stories to emerge from the hundreds of thousands of UK residents who remain stranded abroad as the world shuts down due to the coronavirus pandemic.

Suhaiymah Manzoor-Khan, who is stuck in Pakistan with her elderly mother, set up an email account to bring together hundreds of UK residents in a similar position because the main commercial airlines have cancelled all direct flights. 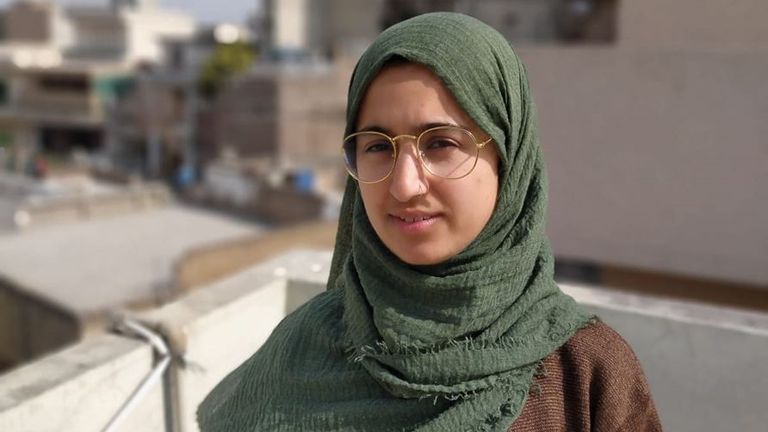 She has received more than 300 emails in a few days, with at least half concerned at their difficulty in accessing much-needed medication.

Sky News has seen several messages from people expressing concern that they or family members have run out of – or are about to run out of – medication for heart problems, diabetes, asthma and mental health conditions.

“So many people are telling me medication has run out because they can’t leave when they planned, and everyone is worried,” said Ms Manzoor-Khan.

Pakistan International Airlines was the latest airline to stop commercial flights on Thursday.

Among those stranded in Pakistan is a consultant radiologist at the Liverpool Royal Hospital, Dr Ammad Farooq.

Dr Farooq told Sky News he was needed in the UK to fight coronavirus.

“It is proving to be quite hard in terms of leaving the country here,” he said.

“My department is going flat out to provide the best care as possible but every person is needed.”

In Cambodia, four British backpackers have lost more than £12,000 on flights due to last-minute cancellations and airlines asking for confirmation of a negative COVID-19 tests.

Liam Mason said he could not get help from the UK embassy because there were ‘”officially” still routes open for them to travel to the UK.

“The issue is there aren’t any direct flights to the UK from Cambodia which means we have to fly through transit zones,” he said.

“Many, such as Singapore, Kuala Lumpur and Hong Kong, have now closed and Bangkok has, instead of closing, implemented a “soft border closure” by bringing in impossible requirements for us to meet so we cannot pass through which is the issue we faced with our Thai airways flight, requiring documentation that we cannot obtain.”

Mr Mason said he couldn’t obtain the proper requirements in time because it would take hours to travel to the closest medical centre, the results would take days to process and they would only be valid for 72 hours.

“This is disgusting,” he said.

“We are technically stuck in a place that we are told by our embassy that we should be able to get out of.”

The UK’s Foreign and Commonwealth Office did not comment on specifics, but a spokesperson said it was “working around the clock to support British travellers in this situation to allow them to come back to the UK”.

27/03/2020 World News Comments Off on Coronavirus: Up to a million Britons are stranded abroad – these are some of their horror stories
World News

Billionaire Optimistic On Bitcoin as a ‘Flight to Safety’