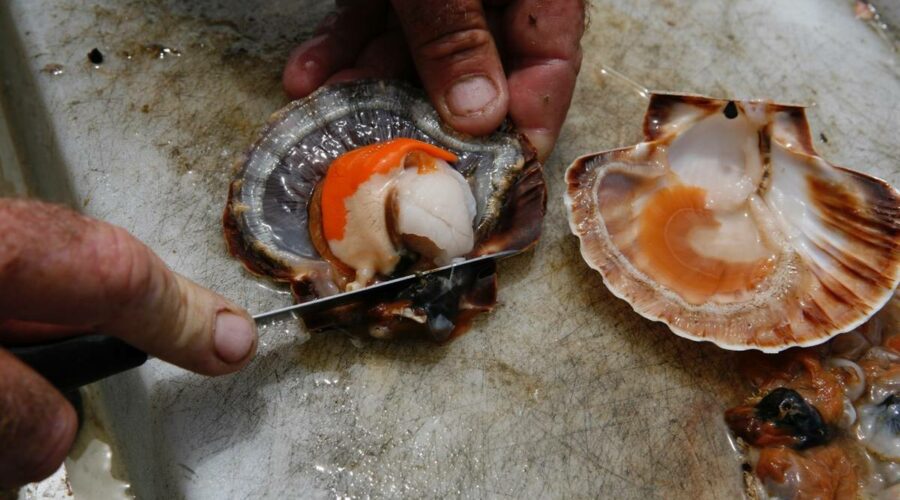 A new report shows the once plentiful scallop beds on the Coromandel coast are in crisis.

As part of the report, which was backed by the New Zealand Sport Fishing Council, a survey found that in some areas of Ōpito Bay divers were able to find an average of one legal-size scallop per 26 square meters of sea bed.

“What that means is basically it’s likely to get worse before it gets better. We’re not going to see recruitment in future years like we hoped so we have to start thinking about the long term,” Woolford said.

The issue was twofold, he said.

“Under the quota management system we are allowing overharvest, so we are taking too many scallops, and we are still using really destructive fishing techniques, mainly dredging.

“What we are seeing is a lot of damage to the sea floor. That… provides life for the entire ecosystem. So were are cutting off our nose to spite our face here. We are not looking after the environment in which the scallops habitate which means they don’t have a healthy environment to grow in.”

There had also not been a scallop survey in over 10 years in Ōpito Bay, Woolford said.

“In fairness, NIWA is conducting one at the moment so they have jumped to action… But secondly what we need to do is realise these destructive fishing techniques don’t have a place.

“I talk about the definition of insanity is doing the same thing and expecting a different outcome. We got to this point where Ngāti Hei felt obligated to lay down this rāhui. What we need to do is take this 24 months, this intervention, this period of time to move forward in a meaningful way.

“How can we change our behaviours so we don’t do the same thing again.”

In December, Coromandel residents declared a voluntary rāhui on collecting scallops from a bay on the eastern side of the peninsula.

The ban at Ōpito Bay was put in place to prevent the collapse of the shellfish’s population.

Ngāti Hei kaumātua Joe Davis told Afternoons with Jesse Mulligan at the time that a lack of action from officials was forcing locals to step in.

“We needed to do something to create some awareness about the numbers that are coming down and the signs that are telling us there is something wrong with the fisheries out here,” Davis said.

Thames-Coromandel District Mayor Sandra Goudie said at the time that she supported the rāhui, but that it was up to the Ministry for Primary Industries to address the decline in scallop numbers.

“Once any issues have been resolved we are more than happy to support a rāhui when it is proven fisheries have been depleted,” Goudie said.