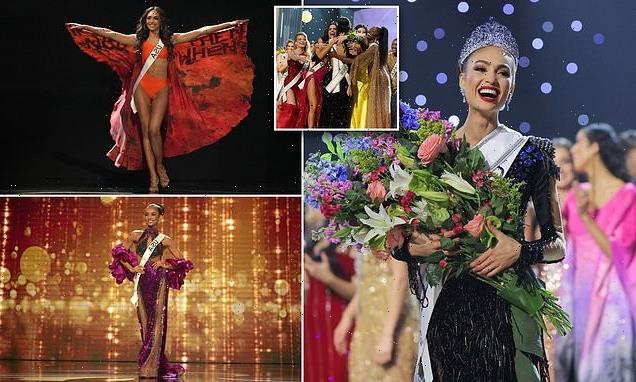 R’Bonney Gabriel of the United States was crowned Miss Universe on Saturday night, beating out contenders from 83 countries across the globe.

The pageant featured a costume show portion, during which Gabriel donned a getup that paid tribute to NASA’s Apollo 11 lunar landing and current Artemis program.

The instantly viral costume featured an actual scale-sized moon that was held up over her head by an intricate frame that included silver stars and a glowing red, white and blue costume.

Video of Gabriel strutting in the outfit made it seem like the lithe beauty queen was having trouble supporting the massive structure. 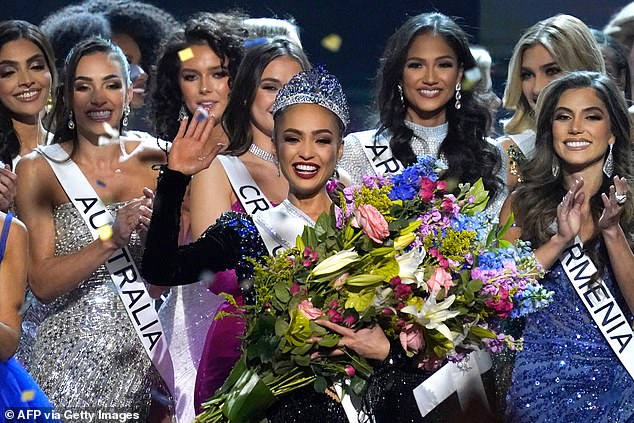 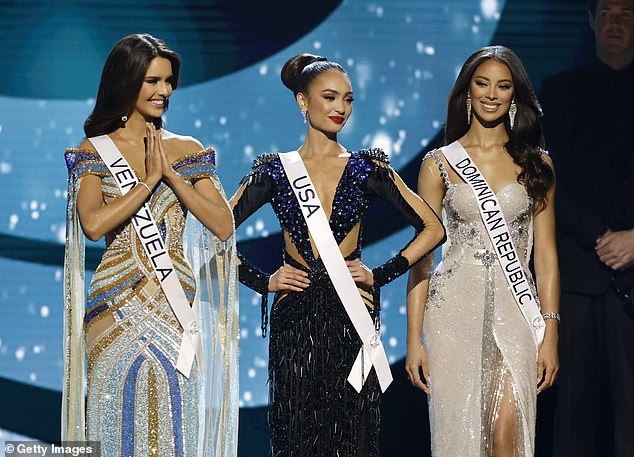 The legitimacy of her win was also challenged by fellow contenders who said it was suspect that a beauty treatment company that offers a price to the winner featured Gabriel in an ad less than 24 hours after she won.

Gabriel appeared in an ad for NIZUC spas less than 24 hours after she won the Miss USA pageant, which led other competitors to believe the contest had been rigged from the start.

Miss Montana, Heather Lee O’Keefe claimed the ads proved the winner was chosen unfairly: ‘@MissUSA was crowned less than 24 hours ago, yet she already got her sponsored vacation to @NIZUCResort,’ she wrote.

Adding, ‘Are you kidding me? I was giving y’all the benefit of the doubt, but this is just embarrassing at this point.’

In her defense, Gabriel claimed that she was a brand ambassador for NIZUC’s affiliate company MIA Beaute, which also sponsors the Miss Texas pageant and was opening a new spa at the NIZUC resort in Mexico.

Doubters didn’t necessarily buy the excuse, however, noting that the founder of MIA is one of the judges at the Miss USA competition. O’Keefe claimed that Gabriel’s ambassadorship was a violation of the handbook and that no contestant should have been allowed to work with Miss USA national sponsors.

Controversy continued to spiral for Gabriel when a picture of Crystle Stewart, one of the Miss USA organizers, doing Gabriel’s hair backstage circulated. The picture served as greater fodder for the claim of favoritism.

However, Gabriel said the photo was snapped the day after the crowning just before official Miss USA headshots. 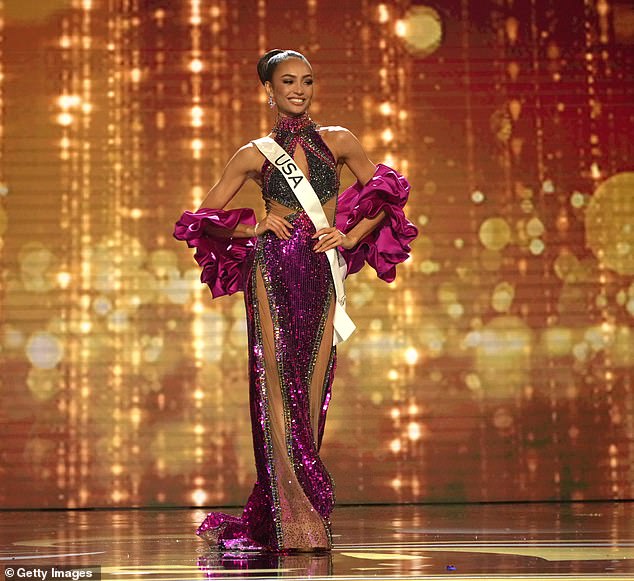 The 28-year-old beauty queen won the global title after a controversial Miss USA pageant, where contestants claimed evidence suggested the competition had been rigged 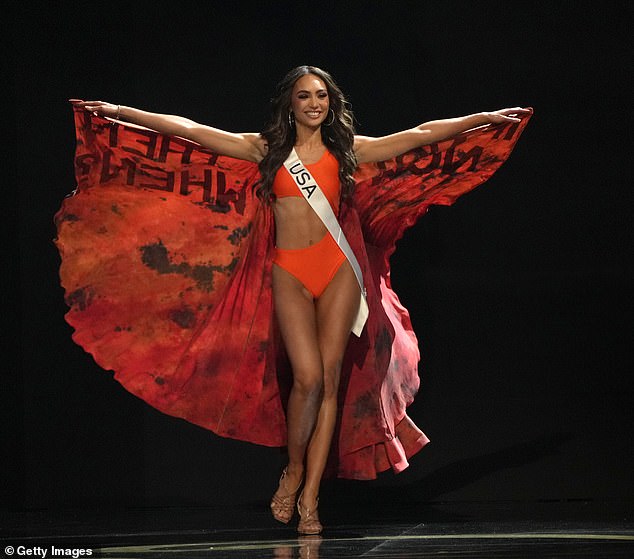 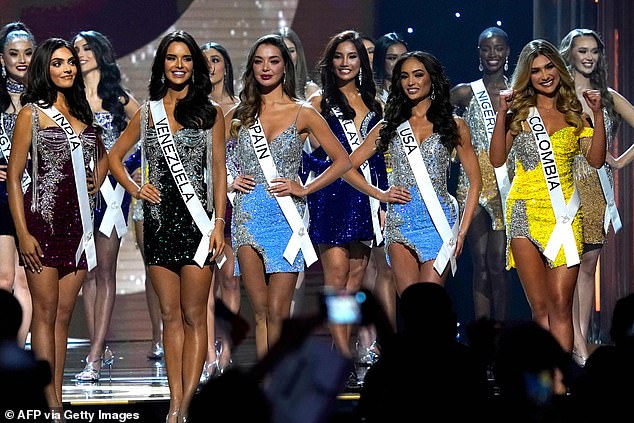 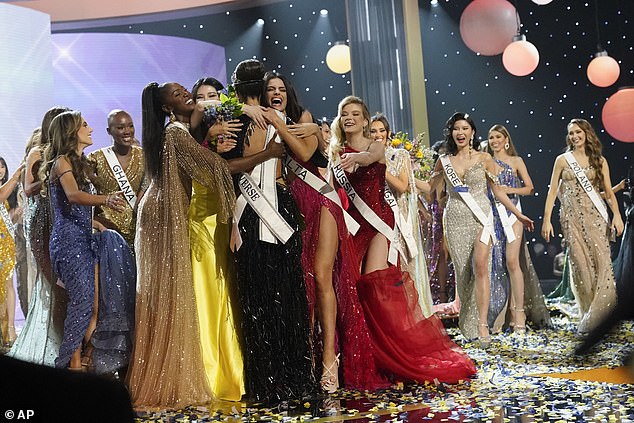 Gabriel, a Texas native, runs a sustainable clothing line and said Saturday that she will use her title to become a ‘transformational leader.’

During the competition, she said that ‘as a very passionate designer – been sewing for 13 years – I use fashion as a force for good.’

‘In my industry, I’m cutting down on pollution through recycled materials when I make my clothing. I teach sewing classes to women that have survived from human trafficking and domestic violence.

‘And I say that because it is so important to invest in others, invest in our community, and use your unique talent to make a difference.

‘We all have something special and when we plant those seeds to other people in our life, we transform them and we use that as a vehicle for change,’ she said.

Saturday night’s pageant was held in New Orleans to honor the late Cheslie Kryst, who was crowned Miss USA at the same venue in 2019.

The pageant paid tribute to Kryst, who jumped to her death in New York City last January, just several weeks after appearing as a correspondent for the 70th Miss Universe competition.

Kryst’s mother appeared on stage Saturday to announce that the National Alliance on Mental Illness established the Cheslie Kryst Memorial Fund for Mental Health in her honor.

‘Cheslie dealt with high-functioning depression,’ said her mom, April Simpkins, said on the competition stage. ‘The Chelsie you saw didn’t always match the way she felt inside. Just because someone tells you they’re fine, doesn’t mean they are.’