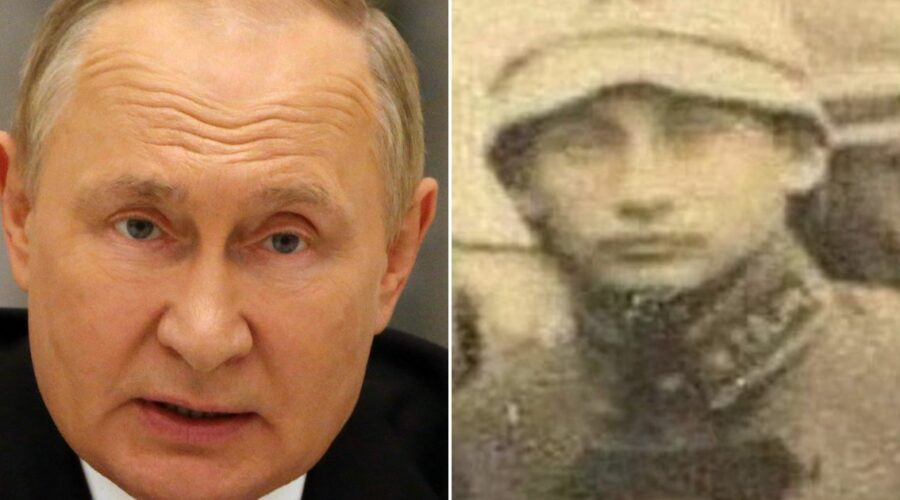 Conspiracy theorists believe that Vladimir Putin is immortal because of a photograph of a soldier from a war in the 1920s.

The Russian premier, who turns 70 in October, may appear like he can dodge death, after batting off a host of suspected illnesses.

However, suggestions that he was in his twenties in the 1920s may be a bit far-fetched.

Even still, some conspiracy theorists think that a Russian soldier from a photograph in 1920, and another from 1941 is in fact the President.

UFO site Disclose.tv posted: "Social networks are circulating pictures from 1920 and 1941 for which some people claim they are pictures of Russian President Vladimir Putin.

"In fact, supporters of the thesis that Putin is almighty and immortal have launched a story that their president is a mythical creature that resides on our planet for hundreds, if not thousands of years."

The Telegraph even went as far as to suggest in 2015: "Perhaps the Russians have secretly discovered time travel."

It is unclear what conflict, if any, the 1920 photo comes from, but that period falls into the time of the Bolshevik Revolution, when Russia abolished its monarchy and adopt a socialist form of government after a period of civil war.

The second picture, from 20 years after the first, is likely to have been taken of a soldier involved in the Second World War.

Some loons even think that Putin is actually Vlad the Impaler, who was born in 1431 and is better known as Dracula.

According to Peacock Plume – a student media news website run by the American University of Paris – the news of a possible vampire Putin was rubbished by none other than Donald Trump due to his amicable relationship with the Russian counterpart. The report claims: “The CIA uncovered that President Putin is actually one and the same as Vlad the Impaler, Prince of Wallachia – otherwise known as Count Dracula.

“The report legitimises scientific speculations surrounding President Putin's ageless appearance while riding horses shirtless, and it should be noted then that his youthful and invigorating appearance is certainly not a result of Olay Age Defying Anti-Wrinkle Night Cream.

“There are various options that are recommended for possible defence against President Putin.

“(He) is vulnerable to the classic tools of the vampire-hunting trade, such as garlic, holy water, a crucifix, silver, and, most importantly, a wooden stake.

“Sunlight, on the other hand, ordinarily found to be a useful tool in revealing vampires, has proven ineffective in regards to the President of the Russian Federation thus far, for obvious reasons.”