The NSW government has promised a new section of cycleway in the city will be built by the end of the year, while another bike lane announced almost two years ago is still in the planning phase.

Active Transport Minister Rob Stokes has released plans for a stretch of cycleway on King Street in the CBD – dubbed the missing link – which will stretch three blocks between Pitt and Clarence Streets.

Concept designs have now been released for public consultation and construction is expected to be completed this year.

Another eastern suburbs bike lane planned to run along the southern side of Oxford Street from Paddington gates at Centennial Park down to Taylor Square is still in the planning stages, with planning work expected to be completed by the end of this year.

That cycleway, Oxford Street east, will join with another planned cycleway known as Oxford Street west, construction on which will start after the World Pride festival.

In March 2021, when the Morrison government agreed to fund half the Oxford Street east section of the cycleway, Transport for NSW said planning was already underway.

“A growing number of riders are using dedicated bike lanes in the CBD, with counters showing more than 50,000 riders using Liverpool Street this month alone, 45 per cent higher than the last,” he said.

Sydney Lord Mayor Clover Moore said both King Street and Oxford Street had more crashes than elsewhere in the city. 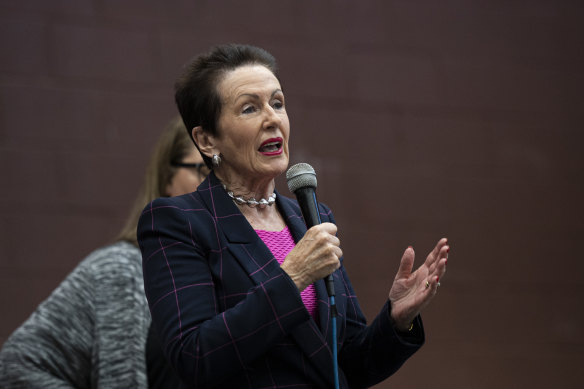 “There are more riders on these routes than anywhere in the city but there are also more crashes, so it’s important we improve the infrastructure to ensure anyone who chooses to ride can do so safely,” she said.