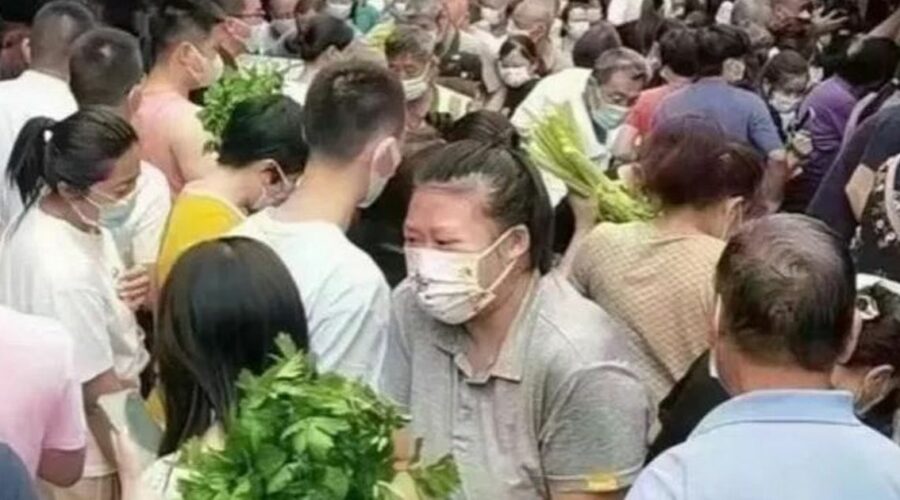 People in China have been filmed fighting over food after the world’s strictest lockdown has been announced, leaving them desperate to stockpile.

With a population of 21million people, Chengdu has been plunged into strict new laws after just 157 infections as China tries to eliminate Covid entirely with its “Zero Covid” policy.

Images posted on the siteWhats On Weibohave shown people with cars full of goods, damaged shops and people climbing all over stalls.

READ MORE: Meghan Markle's estranged dad hits out at her claims she 'lost him' in furious rant

Small scraps are understood to have broken out as people tried to get hold of whatever they could.

The intense rush is understood to have broken out because people had seen a food shortage break out in Shanghai when is was put into a similar lockdown.

At 6pm local time on Thursday, the people of Chengdu were told to stay home and are all expected to stay there in the coming days.

Testing sites have been running for 24 hours a day, yet queues have still been miles long.

Flights are grounded and school terms have been halted.

The local government in Chengdu said: “The current state of epidemic control is abnormal, complex and grim."

The latest lockdown comes as a result of the Zero Covid policy, which aims to stamp out even the smallest of outbreaks.