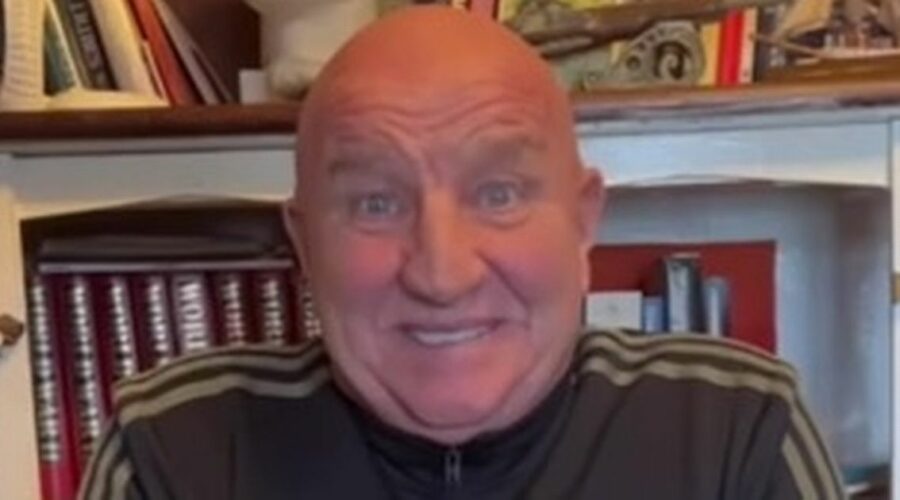 A notorious gangster who ruled the streets of London with his pals has revealed horrifically violent brawl that started his criminal career was all over a takeaway.

Dave Courtney is a self-proclaimed gangster who spent time in the high-security Belmarsh prison for his often-violent debt collecting and club minding businesses.

Brought up in Bermondsey in south-east London, he has gone on to become an actor and has even claimed to have been the inspiration behind Vinnie Jones’ character in Lock Stock and Two Smoking Barrels.

The Brit’s criminal career started when he went to prison at 21 for affray and attempted murder offences and he has now revealed the bizarre story of how these crimes came to happen.

The reformed gangster described how he had taken his younger brother out on New Year’s Eve, when his sibling went to a local Chinese takeaway to grab the group some food.

But, after a simple miscommunication, a huge brawl broke out.

“They brought it out on plates, and he said, ‘no, I’ve got to take it away’, and they said, ‘no, we don’t do takeaway on New Year’s Eve’. So he didn’t pay for it, and there’s a great big fight,” Dave explained, speaking on the Eventful Entrepreneur podcast.

“So he comes back to the pub, walks in the door a bit bleeding, me and all the boys have gone running into the restaurant, and some geezer pulled out a big machete.

After biting the bloke’s hand and grabbing the huge knife, Dave found himself brandishing the sword towards the assailant who was standing on the counter.

“I’m standing on the floor, pointing it at him, and he just jumped on me… I couldn’t get out of the way if I wanted to,” he claimed, mimicking that the man had been stabbed.

Inevitably, this only caused the scrap to escalate further, with a chef running out of the kitchen carrying a pan of boiling oil.

“He was like, ‘get out of my shop’ about four foot away from me, and because the knife was longer I’ve gone ‘bonk’, and he’s tipped it onto himself, he’s rice krispied himself.

“I was ready to make a run for it, and this bloke came out of the kitchen with no shirt on, those black Bruce Lee trousers, and he’s come out with a chopper that’s about 3 foot long.

To get more news stories from Daily Star delivered straight to your inbox sign up to one of our free newsletters here.

Eventually, after the sword-wielding restaurant worker slipped in the oil on the floor, Dave made his escape.

But, after stupidly returning to the pub, the evidence stacked up against the gangster and he was sentenced to three and a half years for his role in the brawl.

The incident marked the start of his criminal career, but now 63 years-old, the former friend of the Kray twins has gone on to work as an actor and has worked on charity events.