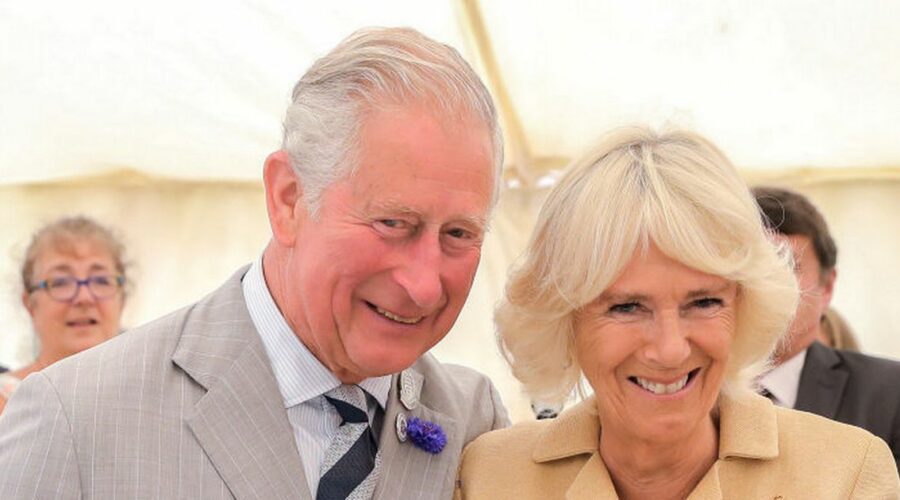 Camilla will be crowned alongside Prince Charles in a 'scaled-back' coronation, sources say.

The streamlined royal service set to take place at Westminster Abbey will be shorter and cheaper than coronations in the past.

The plans are being drawn up with the codename Operation Golden Orb, writes The Mail.

The Prince of Wales has previously said he will favour a slimmed-down monarchy and his coronation, whenever it is set to come, is expected to set the tone for his reign after the Queen steps down in the future.

Last week, Her Majesty declared it was her wish that Camilla would be known as Queen Consort when Charles becomes King.

There are no suggestions the royal coronation will happen soon, despite a recent Covid scare where Charles – who has caught the virus for a second time – came in close contact with his mother days before testing positive.

The monarch spoke of how her life was dedicated to service and there are no signs she'll step down anytime soon.

Behind the scenes for when the day eventually comes, plans are underway to overhaul the final remaining religious coronation in Europe.

A source claimed the service would be "shorter, sooner, smaller, less expensive and more representative of different community groups and faiths."

The event will take place within 12 months of Charles' accession.

The late Prince Philip, a male consort, was not entitled to be crowned and knelt before his wife during the Queen's coronation and pledged to be her 'liege man of life and limb'.

The last Queen Consort crowned in Britain was Her Majesty's mother, Elizabeth, in 1937, who sat alongside King George VI.

It's reported Charles also wishes to use a new design on the official insignia, the sign which appears on postboxes and police officers' uniforms.

It's said he would choose a simpler Tudor Crown to replace the current design that showcases a St Edward's design.

The new plans would be a radical juxtaposition to Elizabeth II's coronation, who had been Queen for 16 months before her huge ceremony which was watched by millions.

The event saw more than 40,000 troops involved in the parade, 30,000 lining the streets, and 8,000 dignitaries were also transported to Westminster Abbey.

The coronation was featured for more than three hours on TV and Her Majesty made several outfit changes.