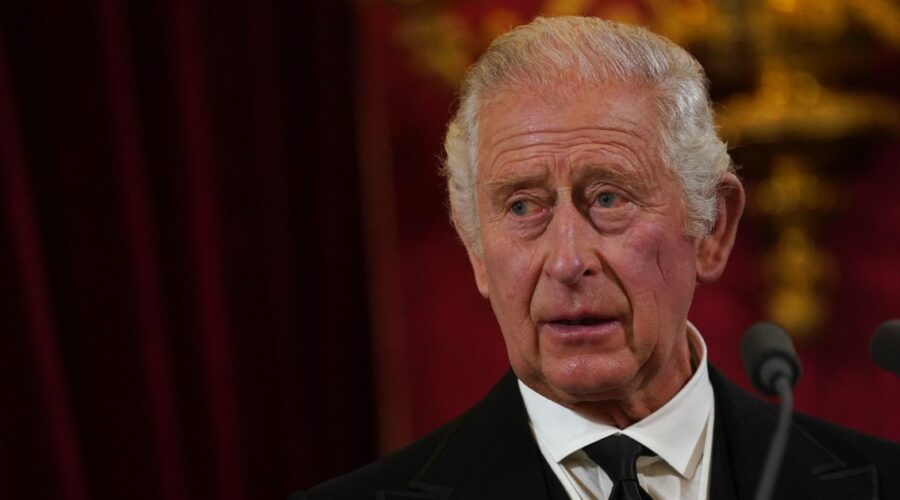 Although the date of the official coronation of King Charles III has yet to be revealed, there will be one event which is feared to overshadow the momentous date.

Despite taking place in 1993, Camillagate is said to still haunt the new Head of State.

The incident, or Camillagate as it was dubbed, was a transcript of a bedtime conversation between Charles and his then-mistress, the now-Queen Consort Camilla.

READ MORE: Meghan and Harry 'won't be back' in royal fold after Queen's funeral, says expert

The phone call exposed the intimate relationship between the couple, who married in 2005, as Camilla said: “I can’t start the week without you.”

Charles replied: “I fill up your tank.”

They joked about “desperately” wanting to be together “all the time" amid some crude jokes, while arranging where and when they can next see each other.

They signed off the phone call by confirming how they love one another, and Charles even told Camilla: “Your great achievement is to love me.”

She replied: “I’d suffer anything for you. That’s love. It’s the strength of love."

When published, the tape sent shock waves through royal spheres — especially as both were married at the time of the conversation.

It is also said to have triggered Camilla’s divorce from Andrew Parker Bowles because it made his position as the Duchess of Cornwall’s husband untenable although all three remained friends.

Royal biographer, and an acquaintance of Charles, Howard Hodgson explained in his 2007 biography of the Prince of Wales that “even today the episode troubles the Prince”.

Mr Hodgson claimed: “He knows that people not sympathetic to him or the monarchy will recall it at the time of his coronation and at all other meaningful moments in his life.

“He remains deeply ashamed of the embarrassment that he caused his mother, deeply sorry for the pain it caused both his and Camilla’s children.”