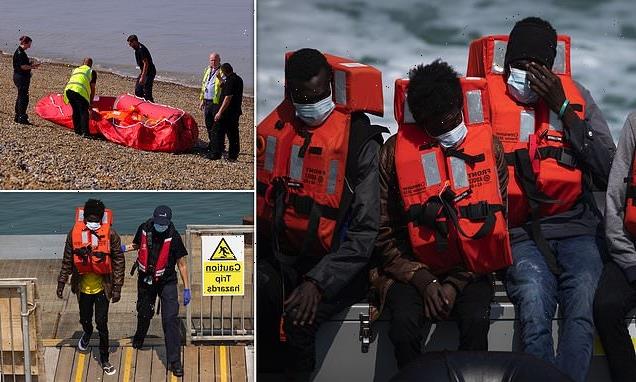 France is ‘more than happy’ to take £54million from Britain to patrol its own coast but is unwilling to actually take action to intercept Channel crossings because its own public will not accept high numbers of illegal migrants in their own country, a former director-general of Border Force has warned.

Tony Smith’s extraordinary intervention is yet another blow to Priti Patel who is facing mounting domestic pressure to solve the crisis in the Channel and was slammed by Tory backbenchers for handing French authorities millions of pounds – only to be ‘fobbed off with excuses’.

It comes as MPs last night backed sweeping new laws which allow British authorities to prosecute thousands of asylum seekers who enter the UK illegally, with sentences of up to four years in jail.

The controversial Nationality and Borders Bill will introduce life sentences for people-smugglers, enable asylum seekers to be processed offshore and give the Border Force new powers to prevent Channel crossings. However, the measures will not take effect for months as the Bill is not expected to pass all its stages through Parliament until the end of the year.

About 280 migrants from parts of Africa made the dangerous 21-mile crossing from northern France to Dover Marina in Kent yesterday, taking the total this year to around 8,500 – a new annual record which is set to get even higher as people-smugglers take advantage of flat seas and clear skies.

Mr Smith told the Telegraph newspaper: ‘The French are more than happy to take money to invest in border security in their own territory but taking action in the actual Channel seems to be a step too far for them. Politically, stopping people in the Channel and returning them to France might be a hard issue for them to sell to the French public.’ 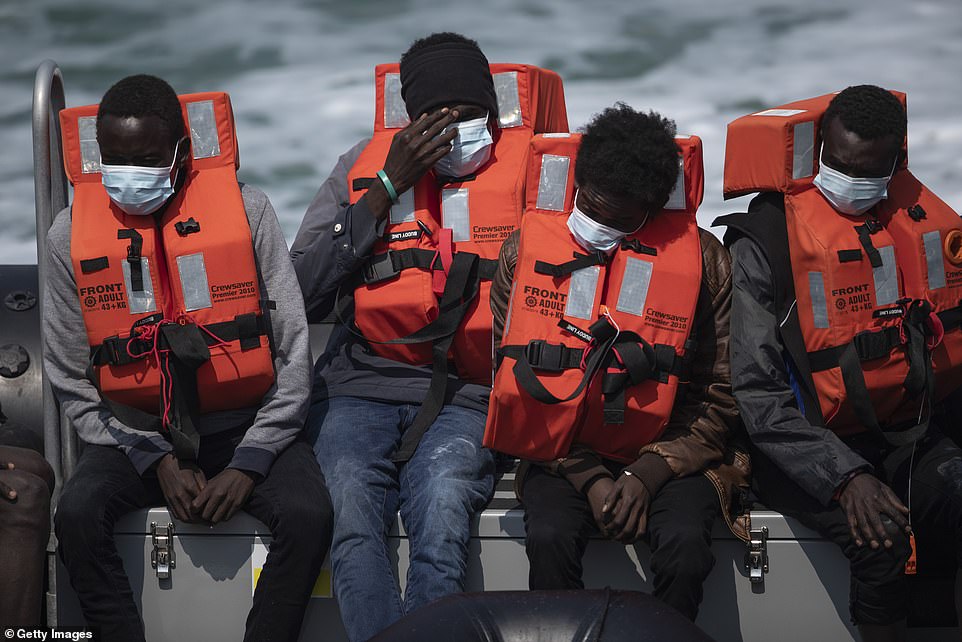 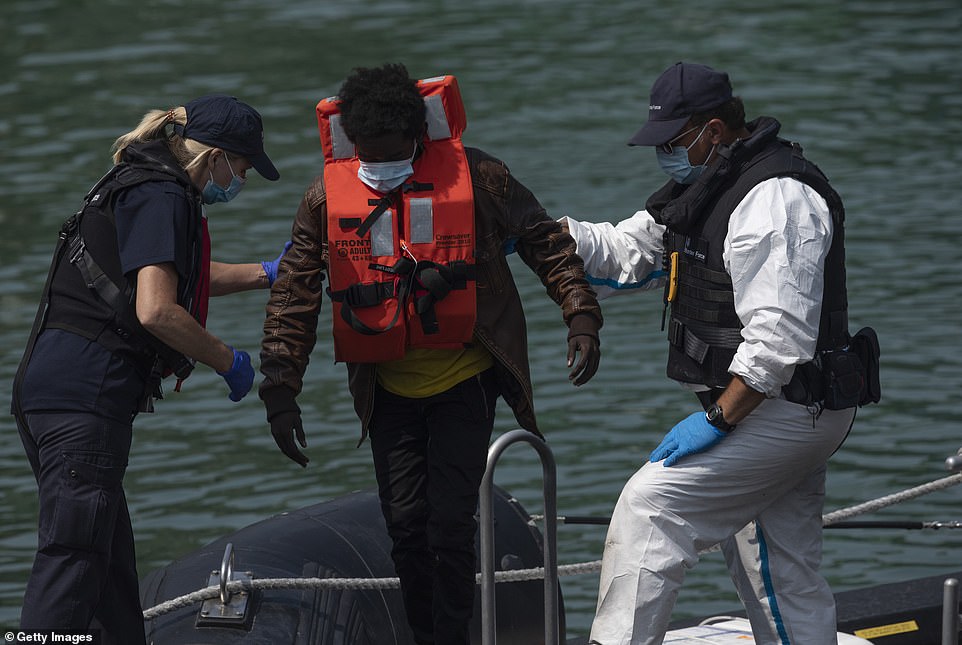 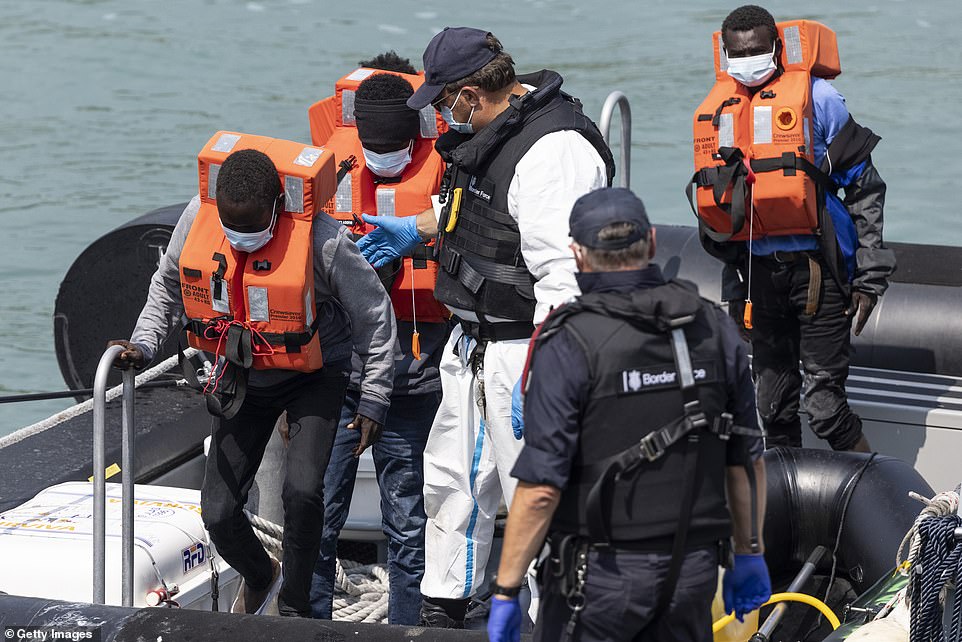 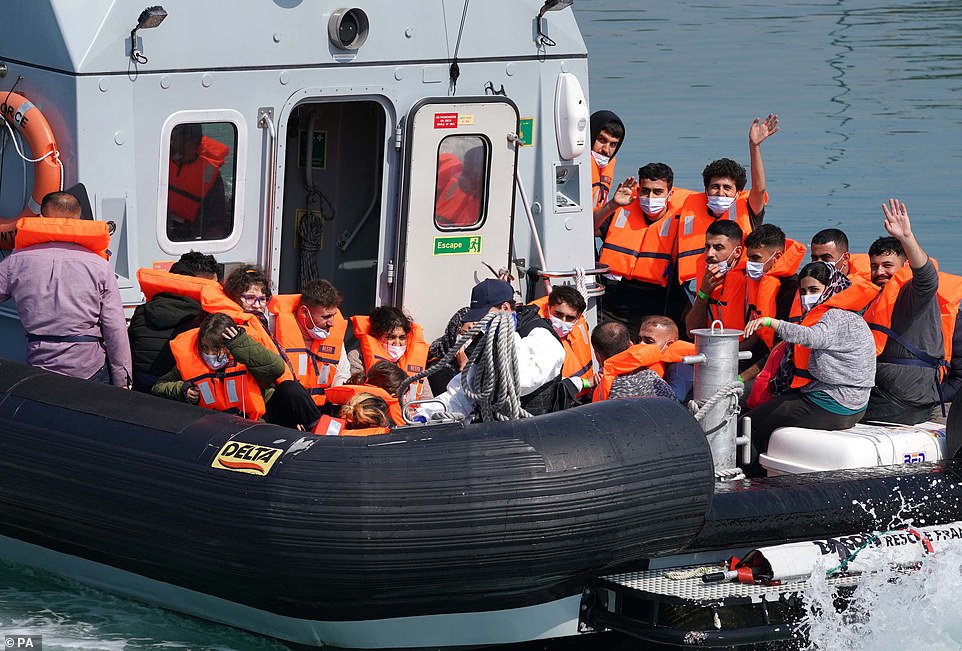 A group of people thought to be migrants are brought in to Dover, Kent, onboard a border force boat following a small boat incident in the Channel yesterday 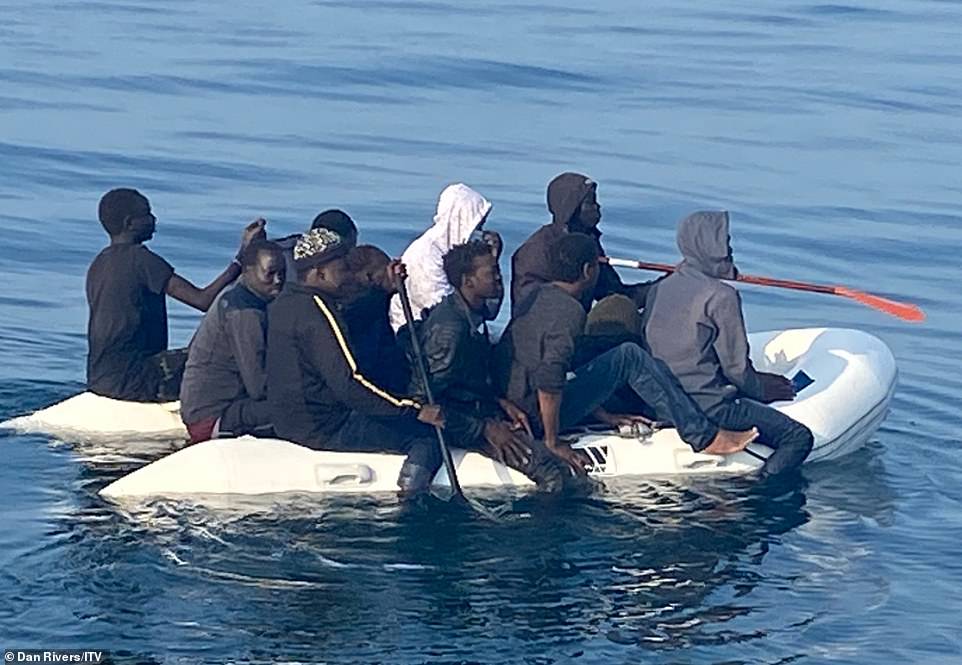 Migrants from mostly Sudan were pictured paddling across the Channel 10 miles off the coast of France yesterday, ITV reported 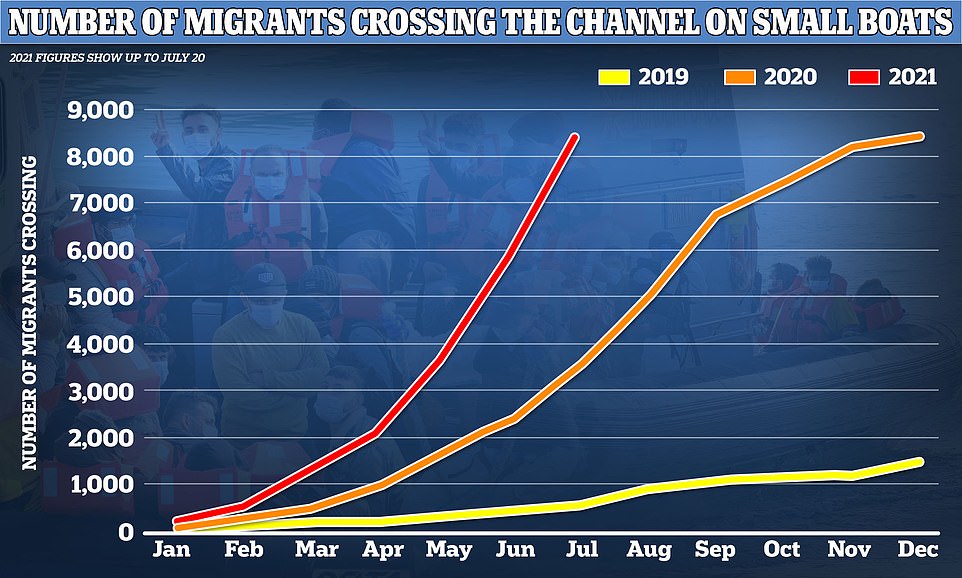 The number of migrants crossing the Channel between 2019-21 has been increasing year-on-year. The graph above shows how many have crossed each month. The red line for 2021 soars above the lines for previous years, showing the monthly total is now at its highest ever

Last night the Nationality and Borders Bill won a 101 majority in the Commons, passing by 366 to 265 votes. Ms Patel, hailing the passing of the Bill at its second reading, said the public ‘have simply had enough of illegal migration’.

However, Labour MPs voted against the bill, with Shadow Home Office Minister Bambos Charalambous saying it was ‘riddled with holes, fatally flawed and will not work. It won’t work because a glaring omission is the lack of bilateral agreements with France and other countries.’

Conservative MPs including Damian Collins, Tory MP for Folkestone and Hythe, welcomed the measures, saying migrant arrivals in small boats had ‘become a fact of life’ for people on England’s southeast coast.

Separate laws to curb judicial review powers will ban appeals if immigration and asylum claims have been rejected twice, reduce delays in the High Court, save money and meet the Government’s manifesto commitment ‘to ensure the courts are not open to abuse’.

The planned legislation will remove the right of immigration and asylum claimants to apply for judicial review of upper tribunal cases. Labour described the Bill as ‘unhinged’ and attacked ministers for trying to put themselves ‘above the law’.