THE CALIFORNIA wildfires have scorched 1million acres as Donald Trump declared a major disaster and 13,000 firefighters battled the blaze that was visible from space.

Responding to the growing emergency, the president issued a major disaster declaration to release federal aid. 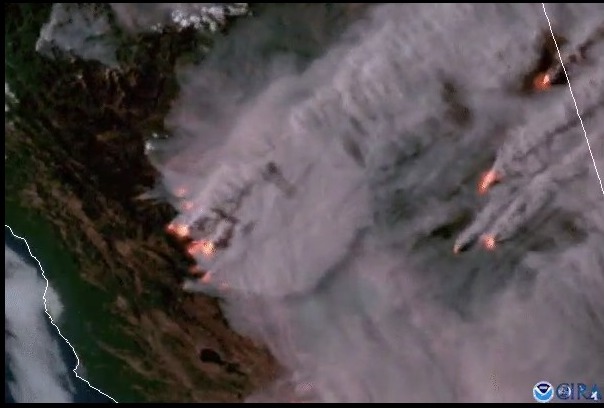 Two clusters of wildfires in the San Francisco Bay Area grew to become the second and third largest wildfires in recent state history.

The National Weather Service issued a red flag warning of high fire danger across the Bay Area and along the Central Coast, beginning from this  morning to Monday afternoon. 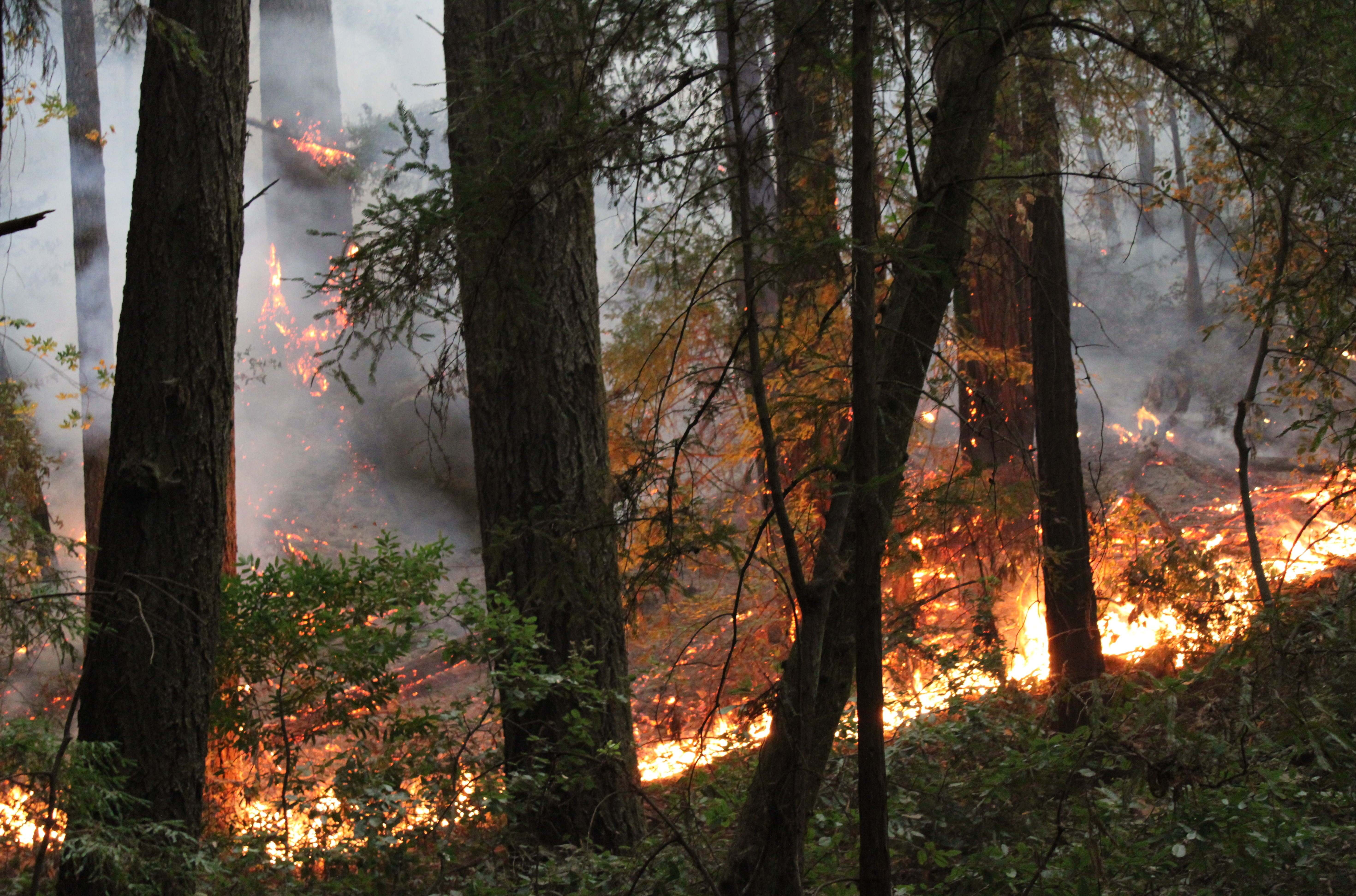 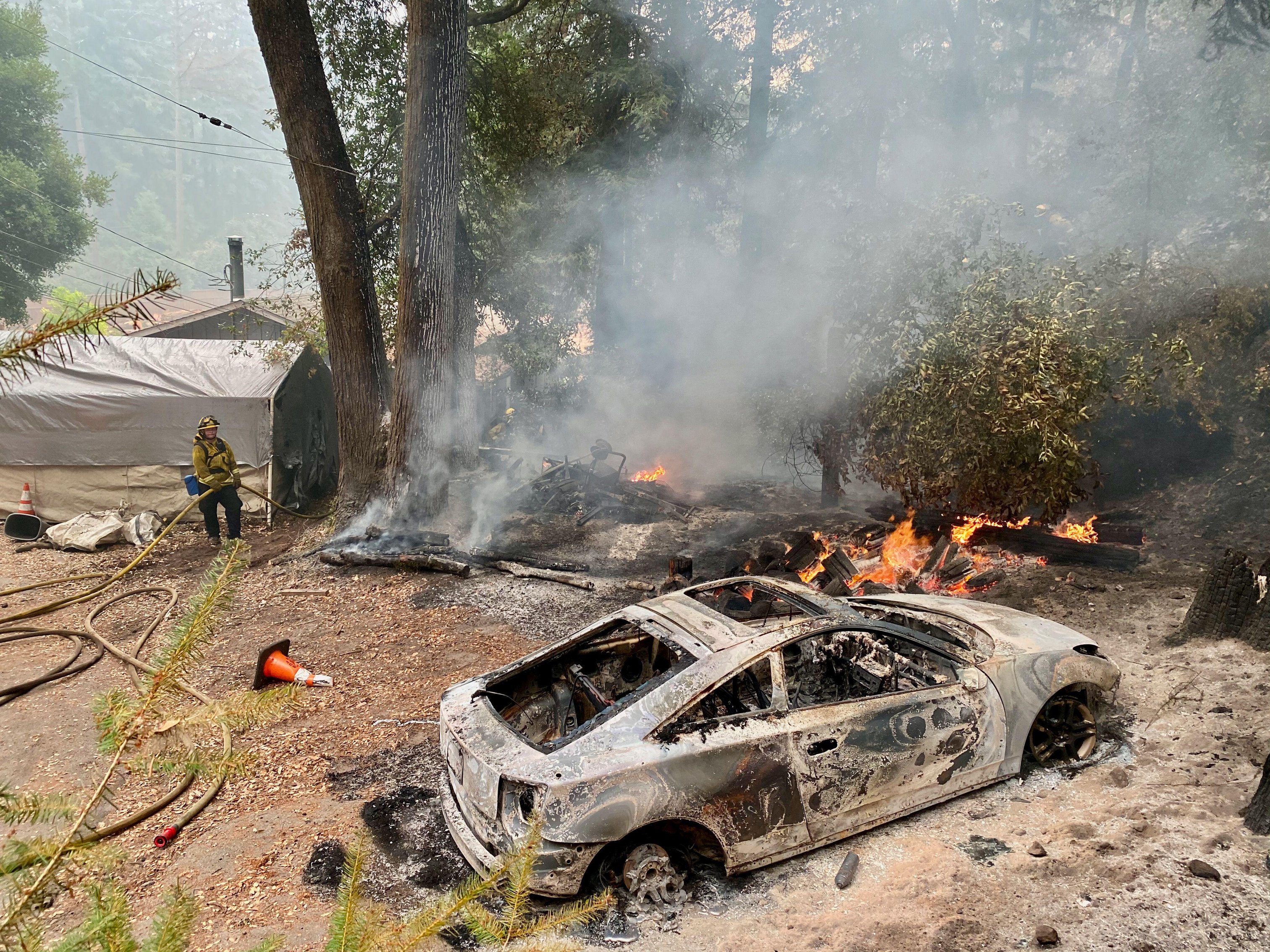 At least 43 people including firefighters have been injured, and hundreds of buildings have burned down and thousands more are threatened.

He said: "Thanks to all of the firefighters and emergency teams who are working around the clock trying to get these fires contained.

"Thoughts and prayers to all of the people in the impacted areas." 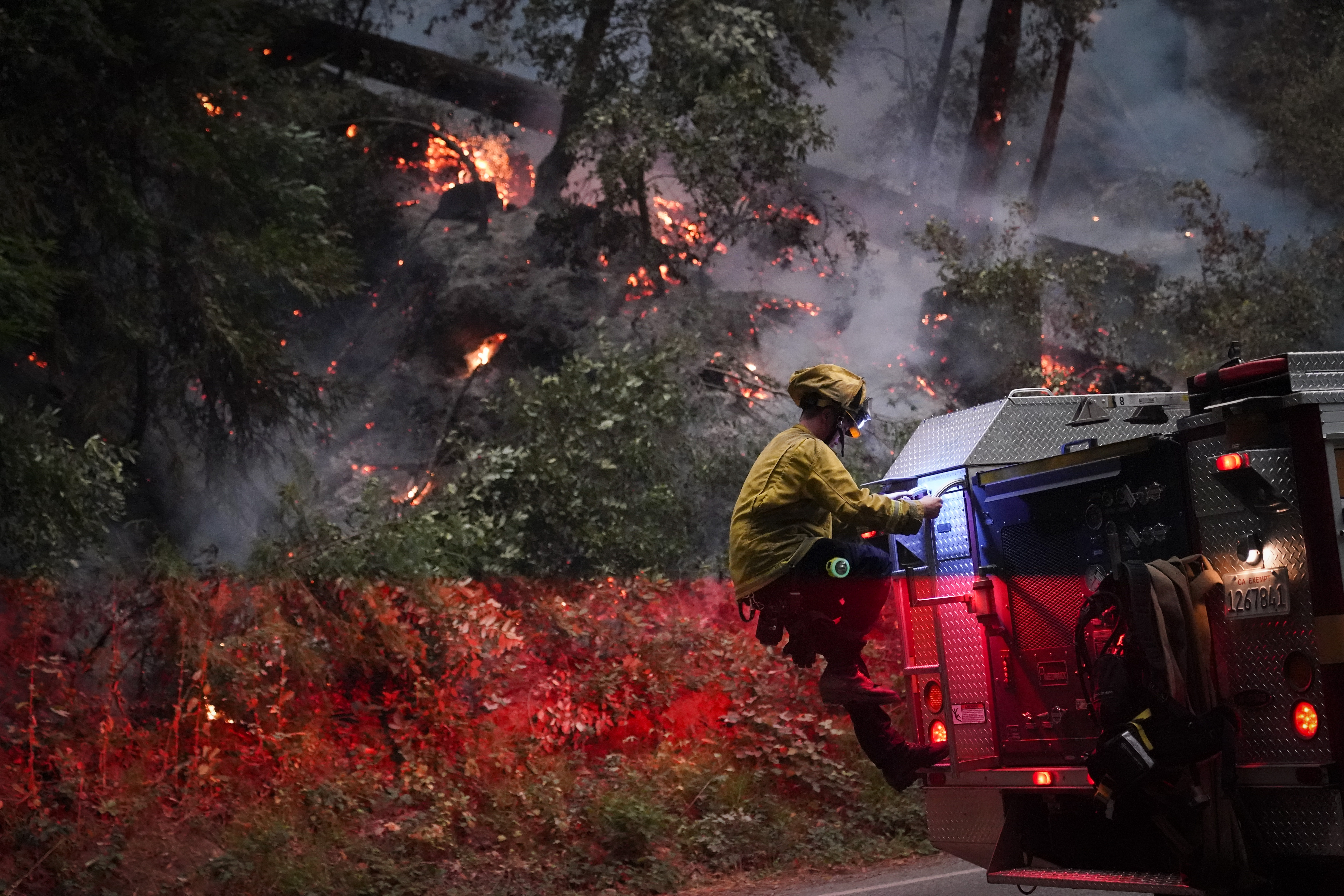 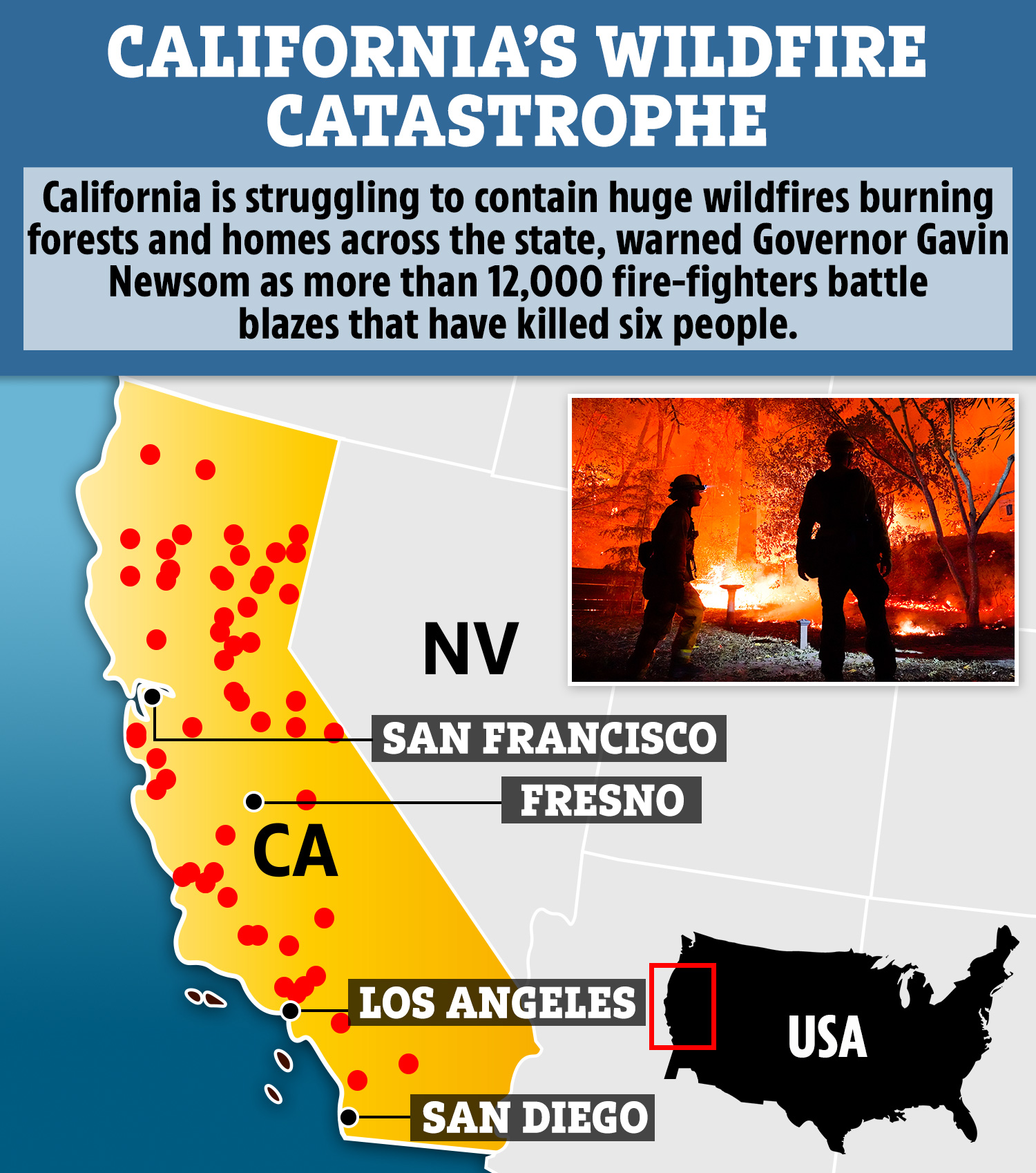 Meanwhile dashcam footage has captured the moment fleeing motorists drive through a raging wall of flames as wildfires merge into immense infernos across California.

The terrifying clip shows raging blazes closing in on a highway in Napa County as heavy smoke fills the air and burning trees overhead dangerously threatened to topple.

The scenes like that on the roads of Napa County have been seen across Northern California as lightning-sparked wildfires exploded in size last night to become some of the largest in state history.

About 100,000 people are under evacuation orders as more than 12,000 firefighters aided by helicopters and air tankers are battling the blazes. 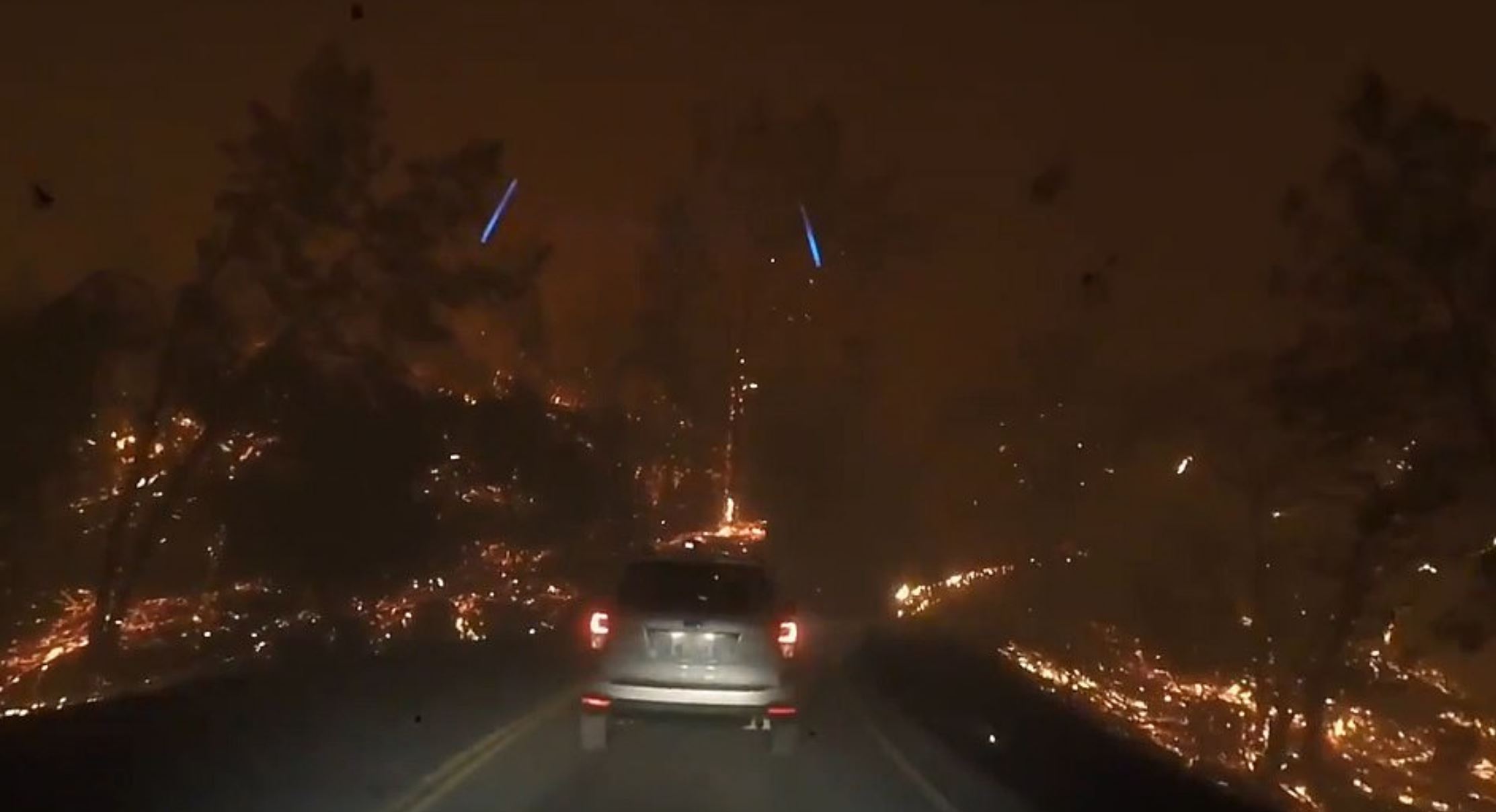 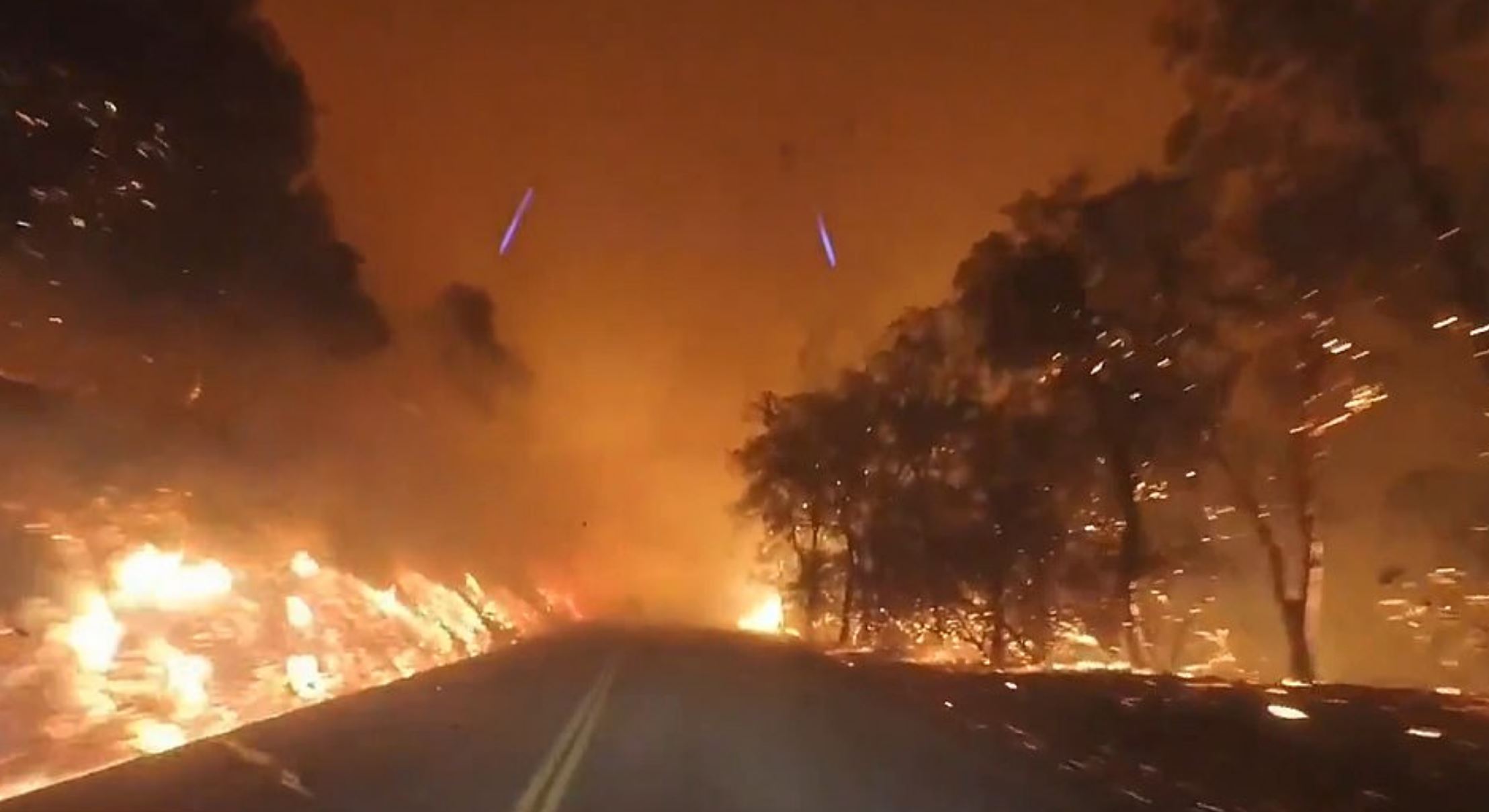 Cal Fire Division Chief Ben Nicholls said: "I'm happy to say there are resources all around the fire.

"We have engines on all four sides of it working hand-in-hand with the bulldozers to start containing this fire, putting it to bed.

"Fire crews with help from copious amounts of fixed-wing aircraft were working Friday to stop a large blaze from reaching communities in the West Dry Creek Valley of Sonoma County." 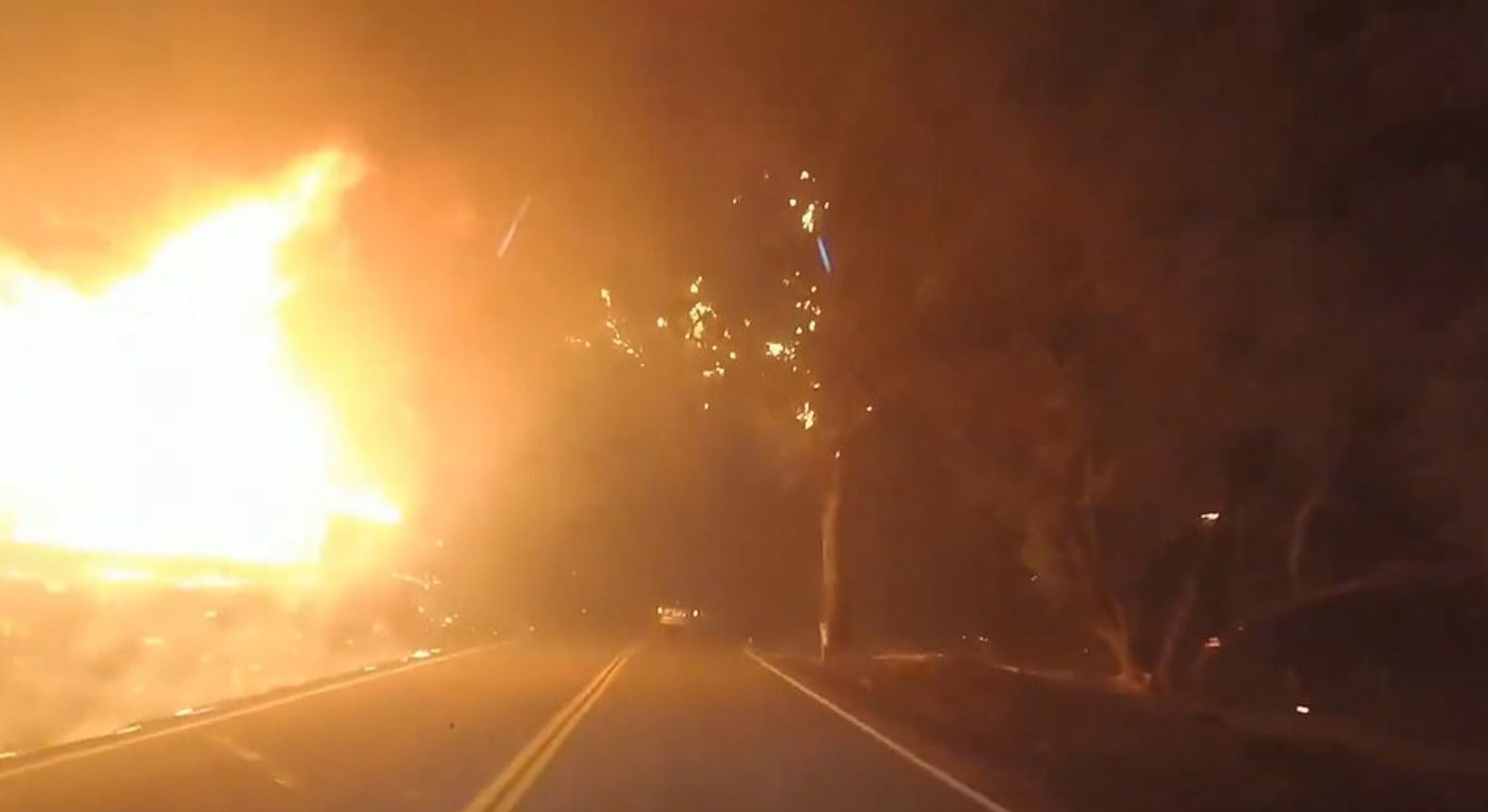 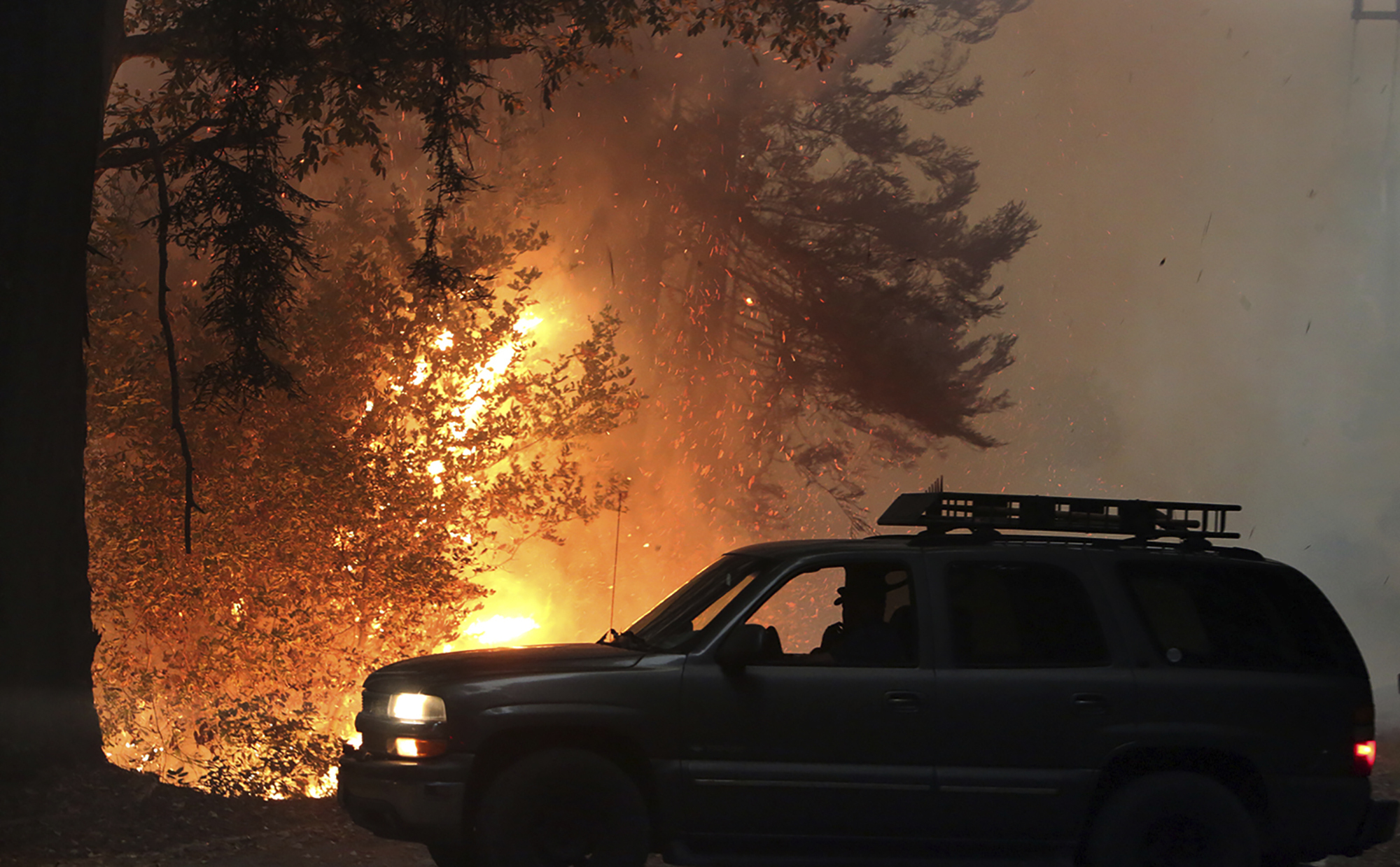 The blazes, coming during an intense heat wave that has seen temperatures top 100 degrees, stretching the state's firefighting capacity to the limits.

Ten states, including Oregon, New Mexico and Texas, have already sent in fire crews to help the embattled state and the governor is now urging Canada and Australia to send help as the state's resources buckle under the strain.

But Governor Gavin Newsom has now pleaded with Canada and Australia to help.

He said: "We have more people but it's not enough.

"We have more air support but it's still not enough and that's why we need support."

He thanked Donald Trump's administration for its help a day after pushing back on Trump's criticism of the state's wildfire prevention work, saying that he has a "strong personal relationship with the president.

Gov Newsom added: "While he may make statements publicly, the working relationship privately has been a very effective one." 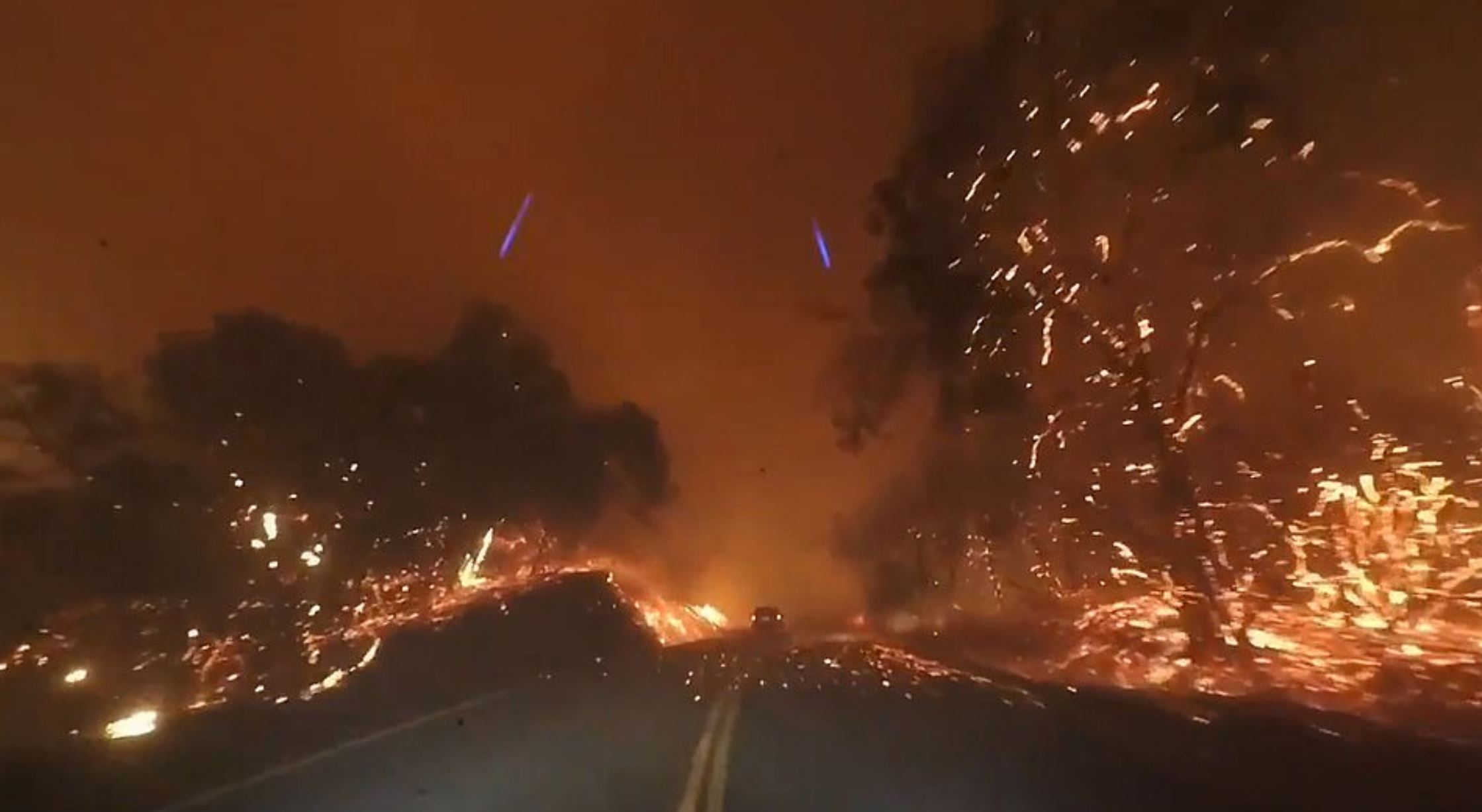 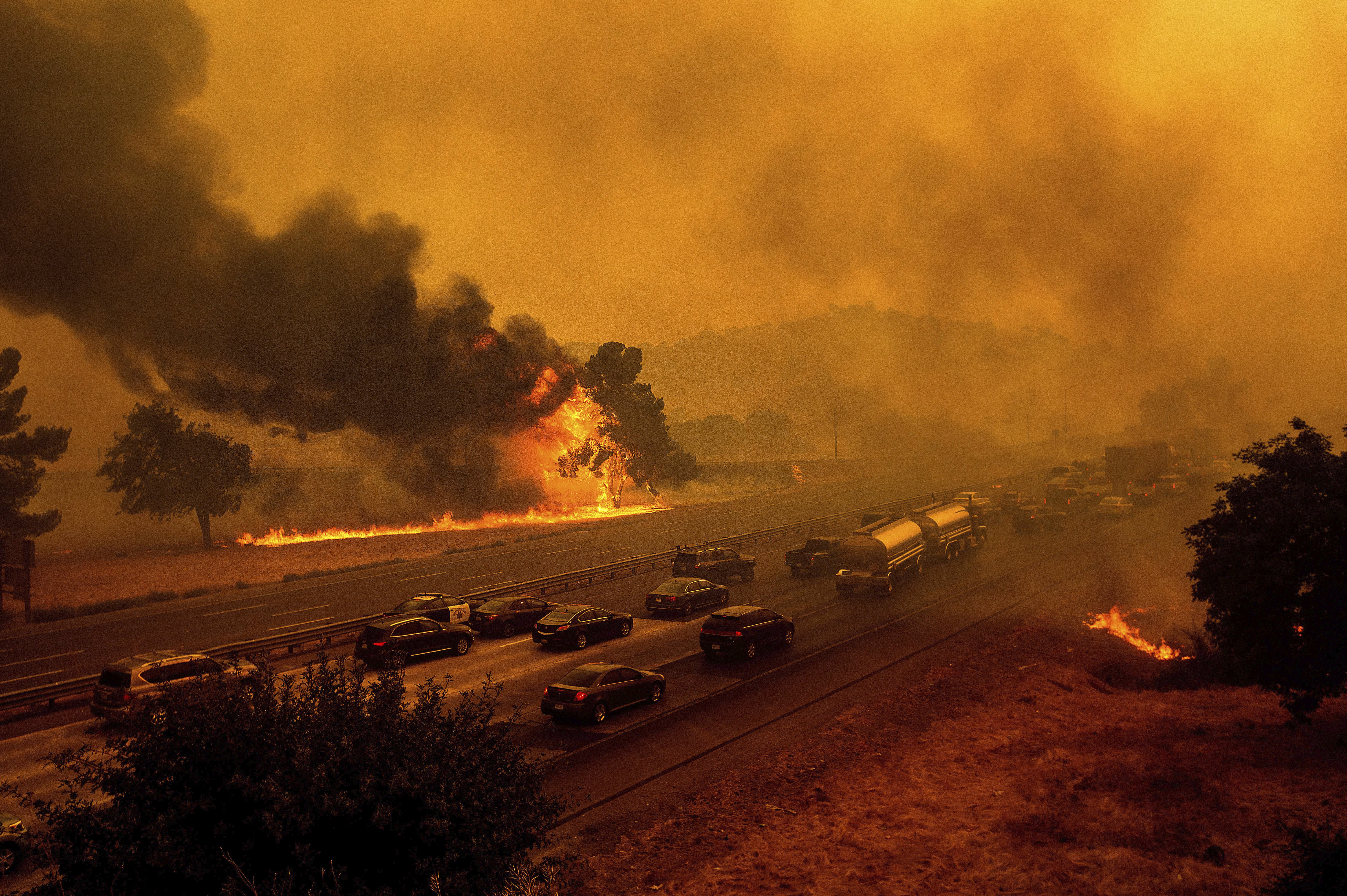 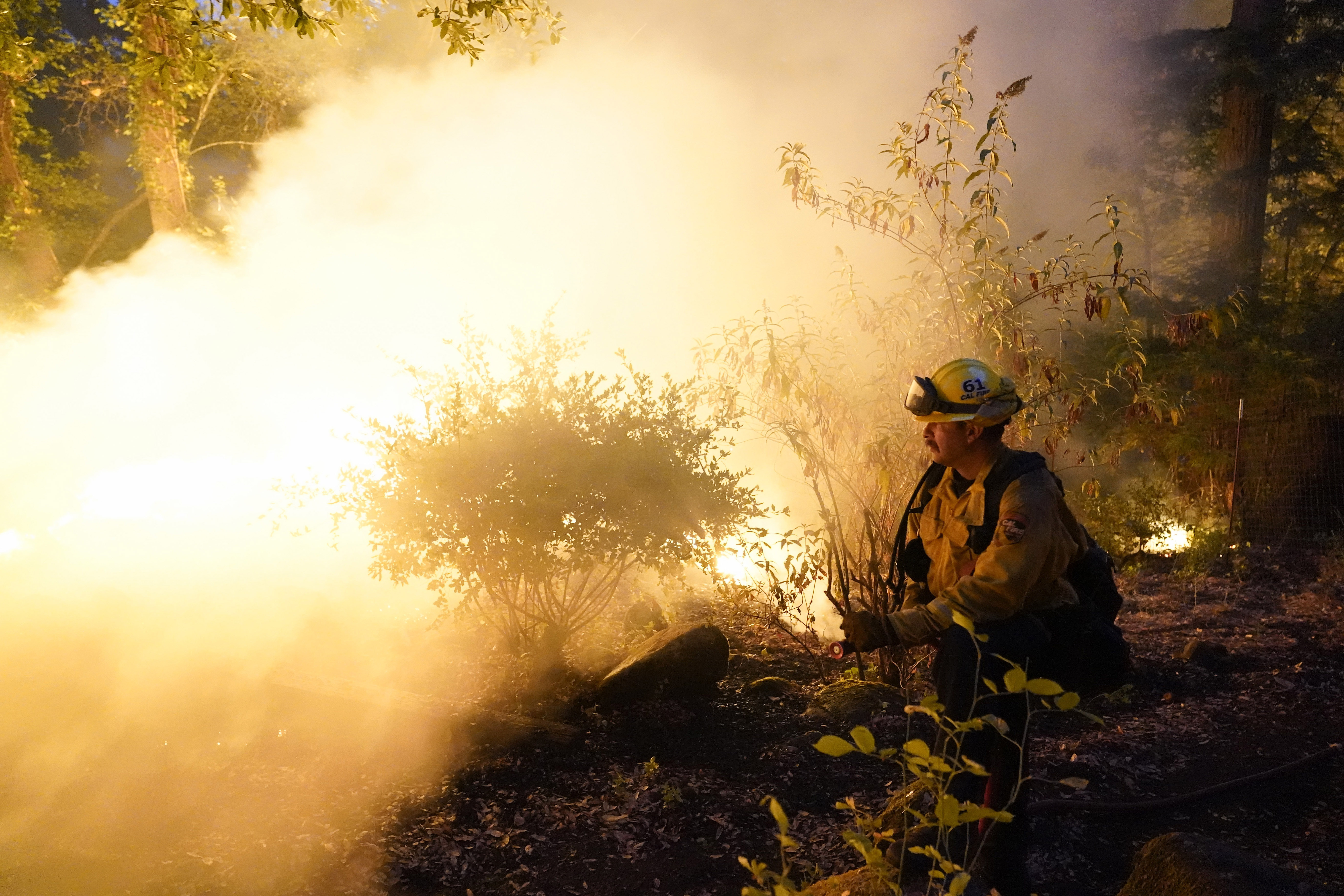 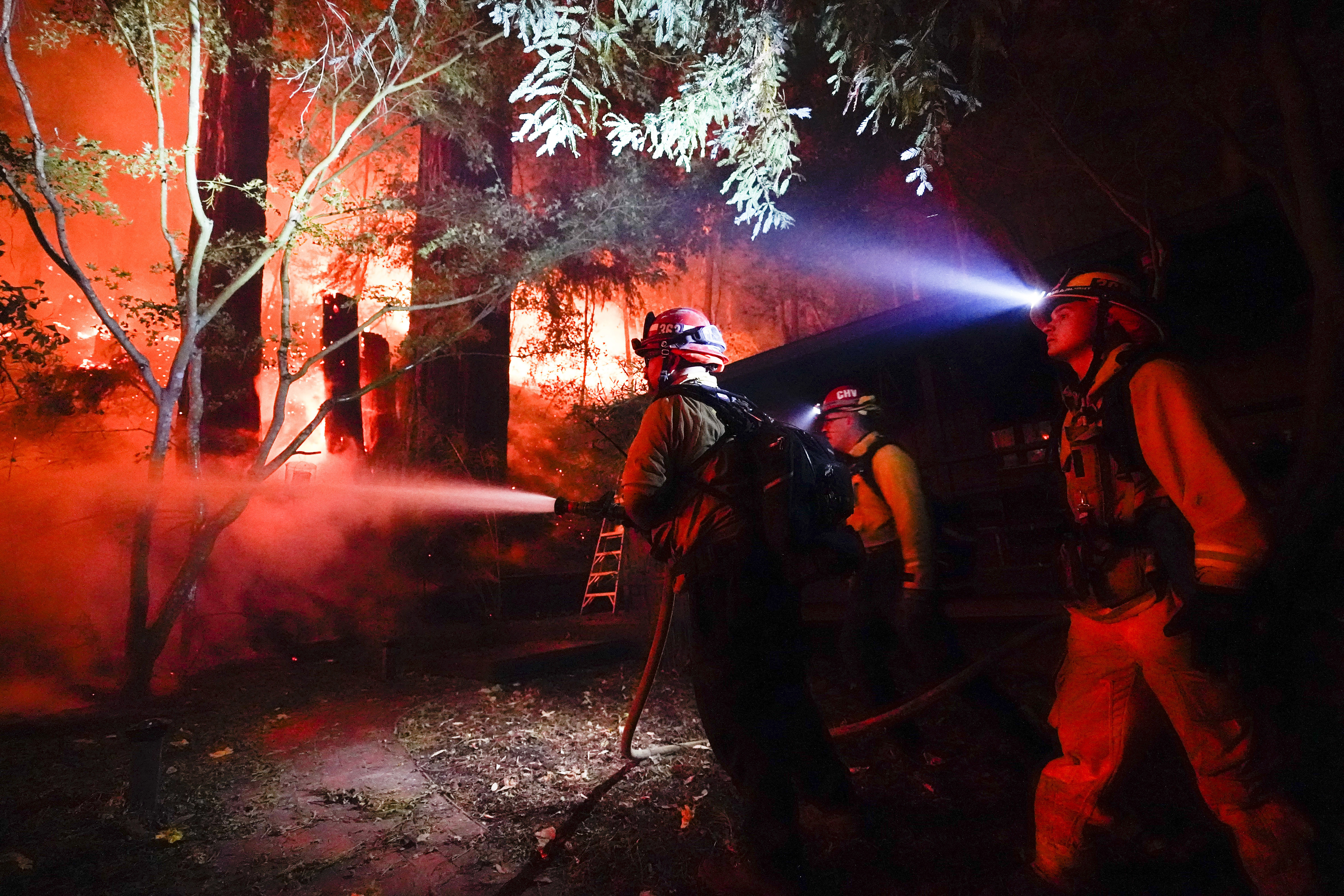 Tens of thousands of homes were threatened by flames that drove through dense and bone-dry trees and brush. Some fires doubled in size within 24 hours, fire officials said.

He said: "We had last night three separate rescues that pulled our vital, very few resources away." 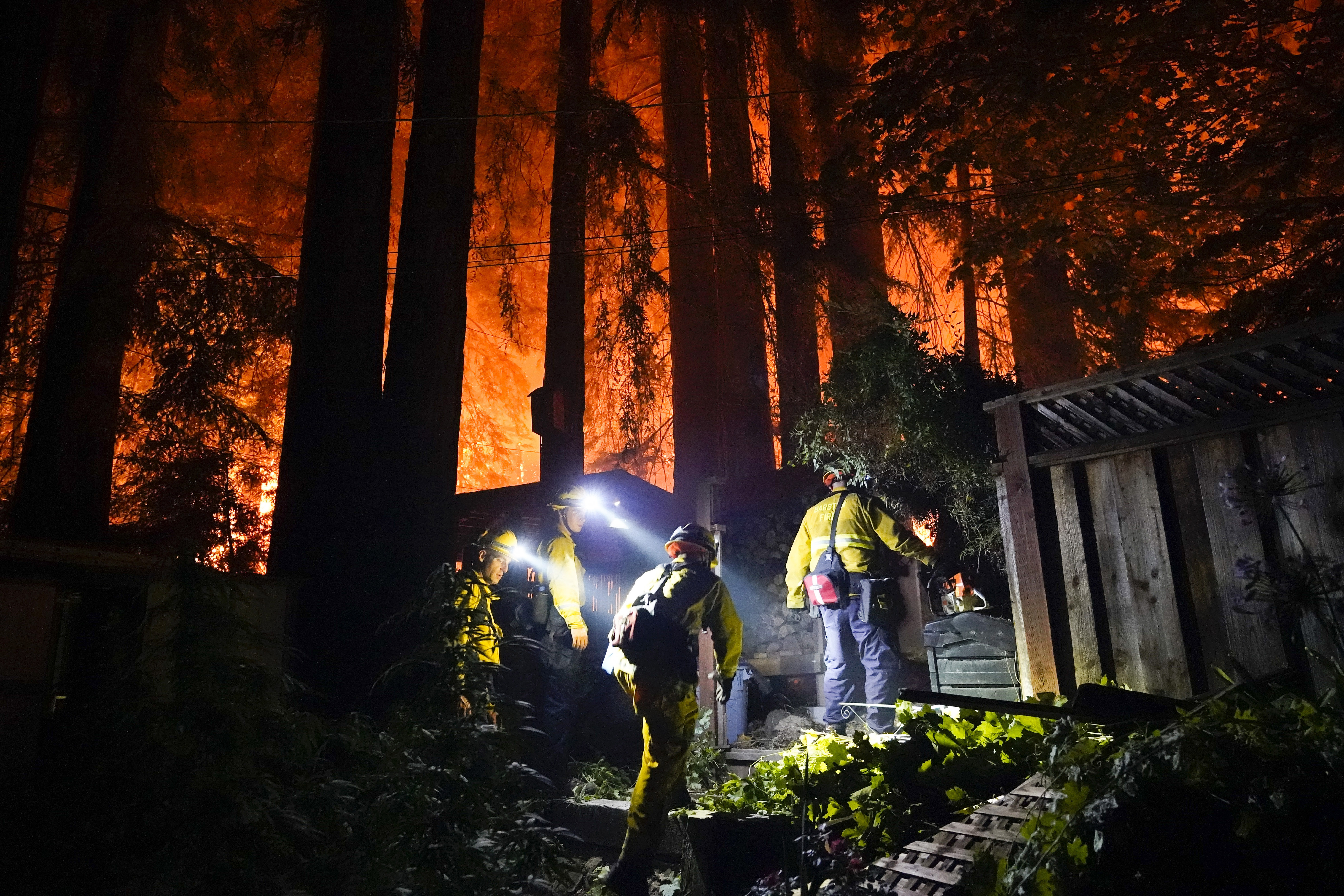 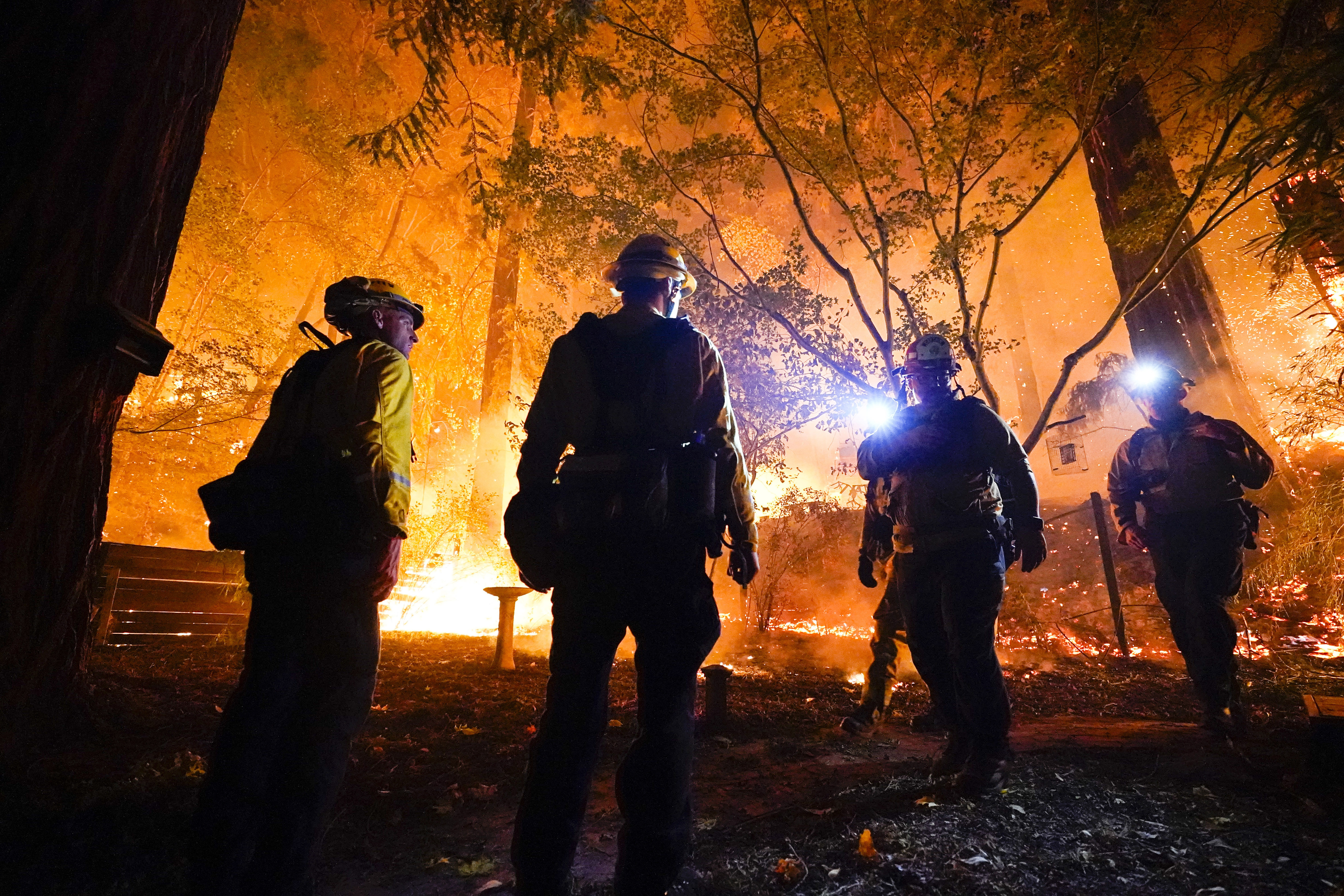 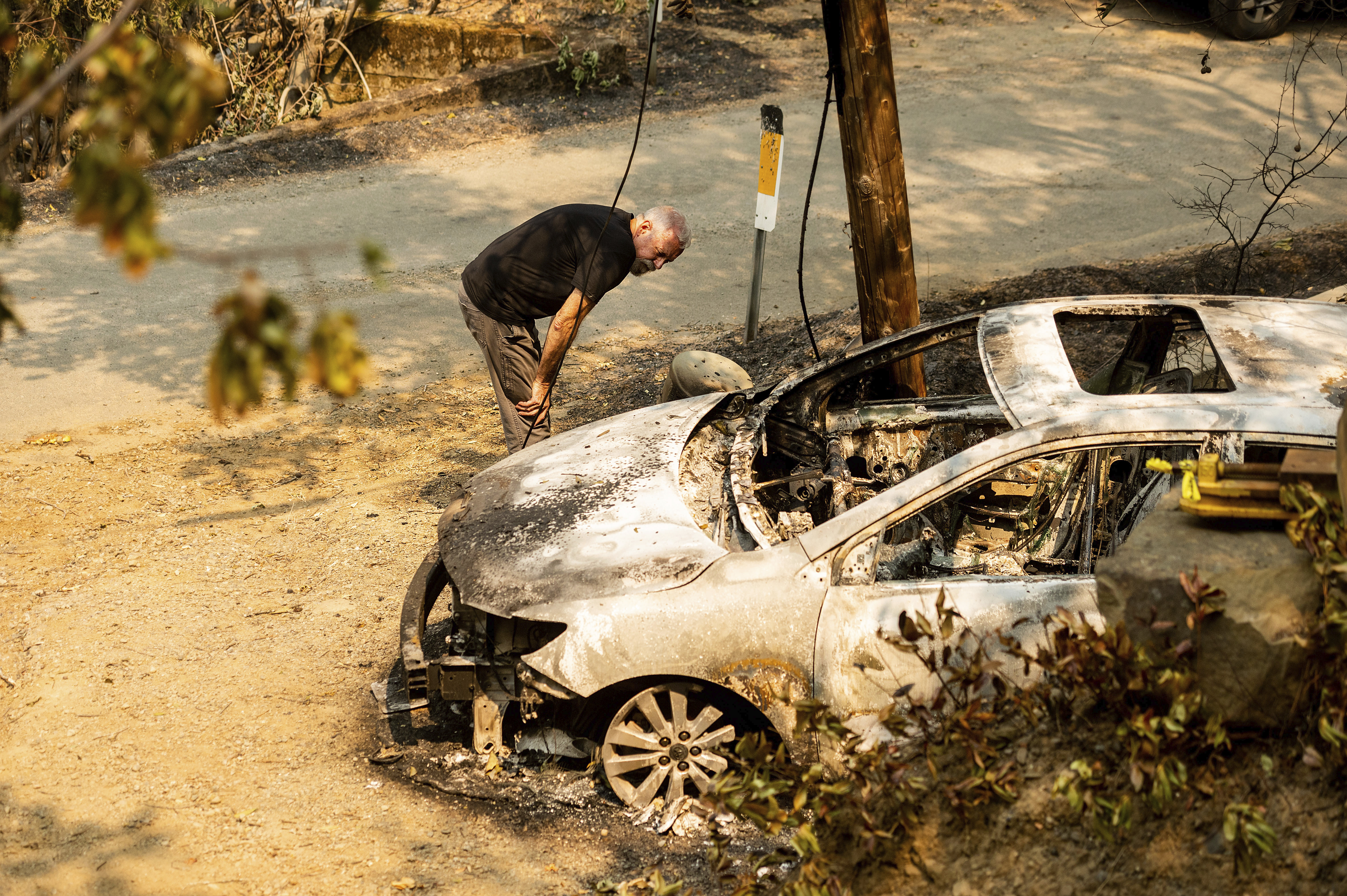 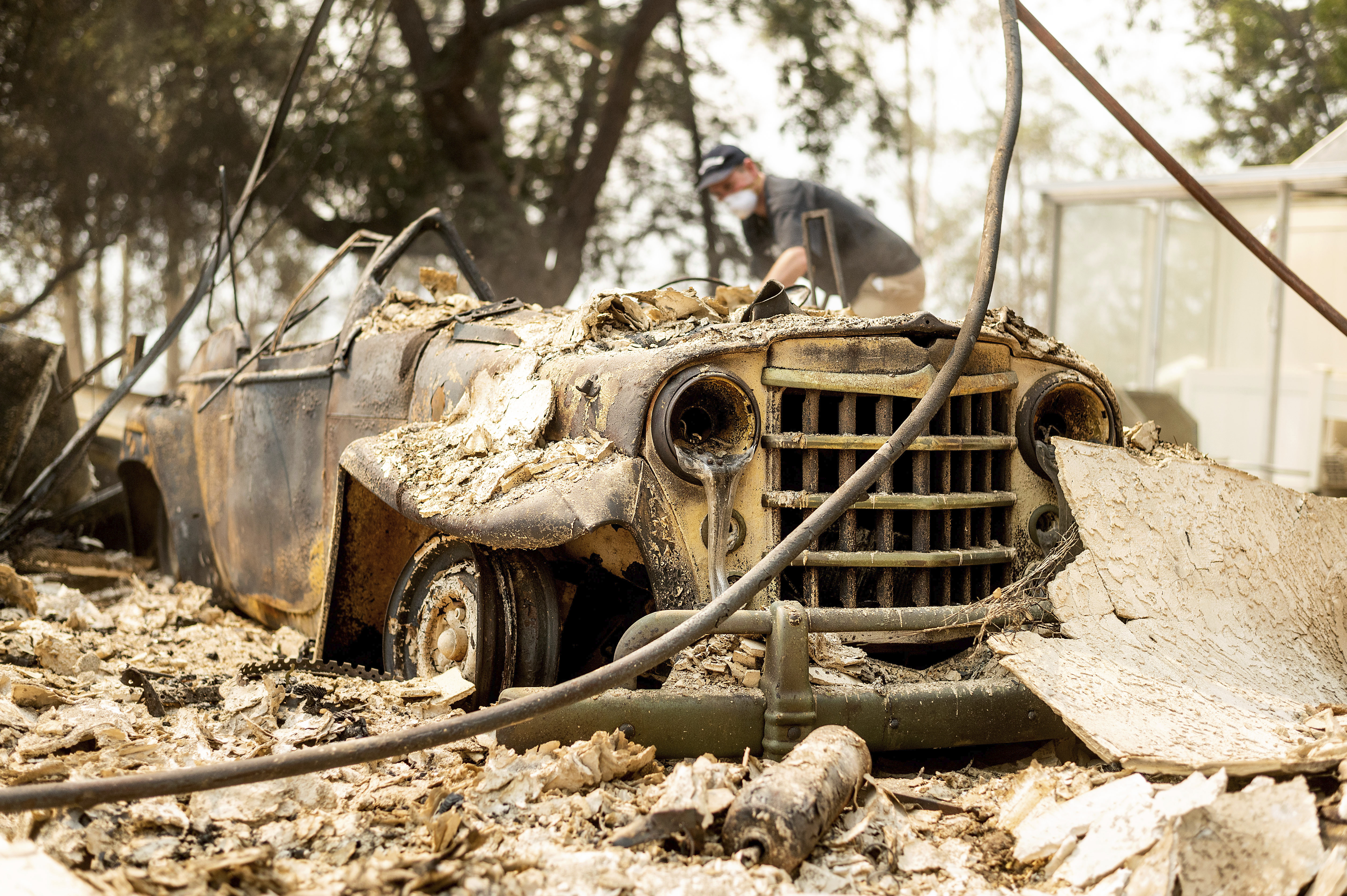