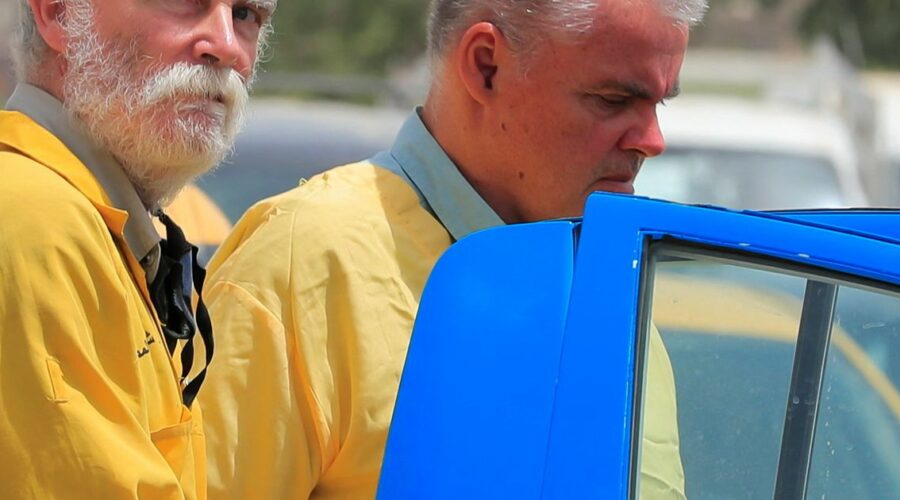 A British “Indiana Jones” who was jailed for 15 years in Iraq for collecting stones and shards of pottery is to be freed.

Retired geologist Jim Fitton, 66, who could have been executed over the case, has been held since March ­after taking the items as souvenirs.

But the dad of two’s conviction for attempted artefact smuggling – while visiting a site in Eridu on an organised geology and archaeology tour – has now been quashed, his family say.

READ MORE: Teen illegally bought knives for same price as can of cola in undercover operation

Son-in-law Sam Tasker said yesterday they were “over the moon” but still cautious about his situation.

He said an appeal court had “decided to quash the verdict” and “fully recognise Jim’s innocence, and to process his immediate release”.

Sam added: “He is still in prison but will soon be released.”

Mr Fitton, from Somerset, has insisted he did not intend to smuggle the items – which officials say date back 200 years – and those on the tour were told the shards had no economic or historical value.

He and German tourist Volker Waldmann were arrested as their group prepared to fly out of Baghdad airport on March 20.

Mr Fitton was held in an airport detention cell before being moved to prison after sentencing on June 6.