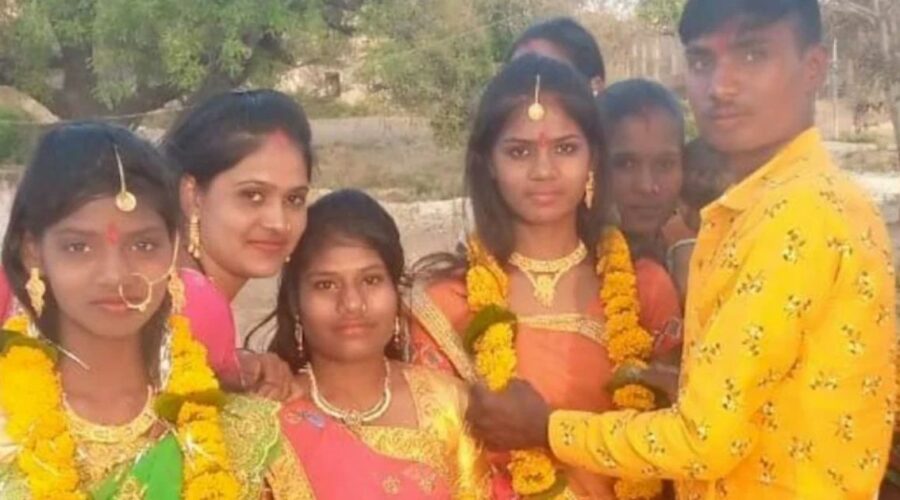 The duo, Nikita and Karishma from Ujjain, Madhya Pradesh, India, were getting married to Bhola and Ganesh, two youths from different families.

The brides wore veils and the wedding dress was also similar, reports in India stated.

Hence, no one came to know about the mix-up during the time of the wedding rituals.

The mix-up was realised in early the morning at around 5am. However, after a brief dispute, a settlement was reached.

Some villagers argued however that the brides should just accept their husband, even if the union was made in error, The Times reported.

However according to this version of events the error was corrected the following day, when a fresh ceremony was held to confirm the union of the correct couple.

Their father, Ramesh Lal, confirmed the pandit – a wise or learned man in India – was probably confused because the sisters were wearing the same outfit and had a red veil covering their faces.

There are conflicting reports that the power came back on during the ceremony, and the pandit realised the mistake he was making.

Embarrassed about the blunder, it is claimed, he corrected it there and then.

Soaring temperatures have made power cuts more commonplace in India.

With demand for electricity soaring when it is hot, energy companies often impose cuts lasting several hours because they are unable to meet demand.