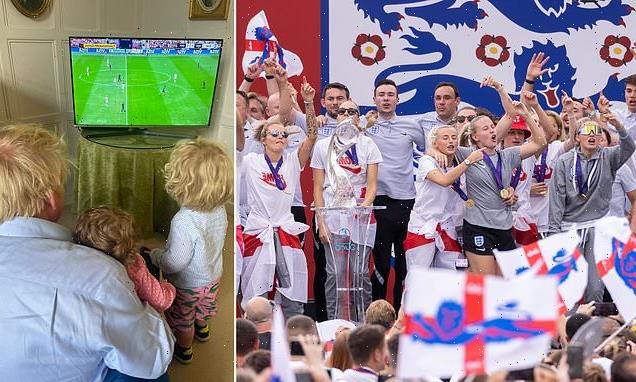 The Lionesses could be in line for honours after Downing Street confirmed that Boris Johnson will ‘definitely’ support them in getting ‘the recognition they rightly deserve for their historic victory’.

Asked if the team could be up for damehoods, the Prime Minister’s official spokesman said there is a ‘process’ to be followed ‘but clearly the public want to see the Lionesses receive recognition’ after their 2-1 win over Germany.

All players from the winning team in the 1966 World Cup Final were appointed an MBE, while Jack Charlton, Gordon Banks, George Eastham and captain Bobby Moore were made an OBE and manager Alf Ramsey was knighted.

Along with calls for honours for the likes f captain Leah Williamson, goalkeeper Mary Earps, goal scorers Ella Toone and Chloe Kelly and player of the tournament Beth Mead, there have also been suggestions that manager Sarina Wiegman, who is a Dutch citizen, should get an ‘honourary damehood’. 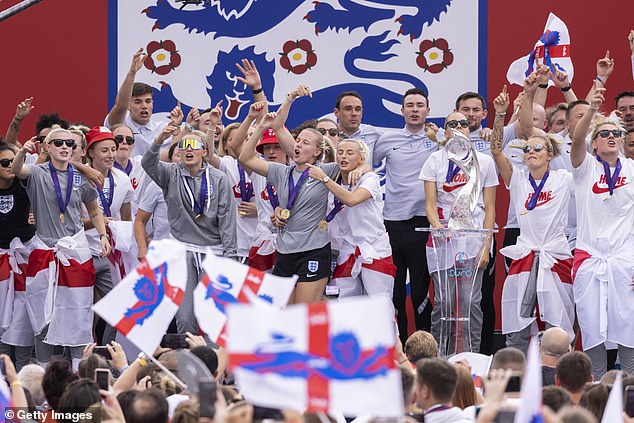 The Prime Minister’s spokesman said Boris Johnson will support the Lionesses in getting the recognition they deserve for their ‘historic victory’. Pictured at the victory party in Trafalgar Square today

The comments from the Prime Minister’s spokesman come after Mr Johnson received criticism for watching yesterday’s match on TV at his country residence instead of attending in person as he did for the men’s European Championship final last July.

His German counterpart Olaf Scholz travelled to Wembley to watch England win the match in extra time and also visited the German team in their dressing room after the game.

No 10 said the Foreign Secretary and the Culture Secretary represented the UK Government at the final.

It has also emerged that, unlike other successful sporting teams, the Lionesses will not be honoured with a visit to No 10 this week.

The Prime Minister is at the funeral of Northern Ireland peace process architect Lord Trimble on Monday, and is then taking leave from Wednesday to Sunday.

The England men’s cricket team were invited to Downing Street following their win in the Ashes in 2005, as were the men’s Rugby World Cup victors in 2003.

The women’s national rugby and cricket teams have also previously been honoured with receptions at No 10. 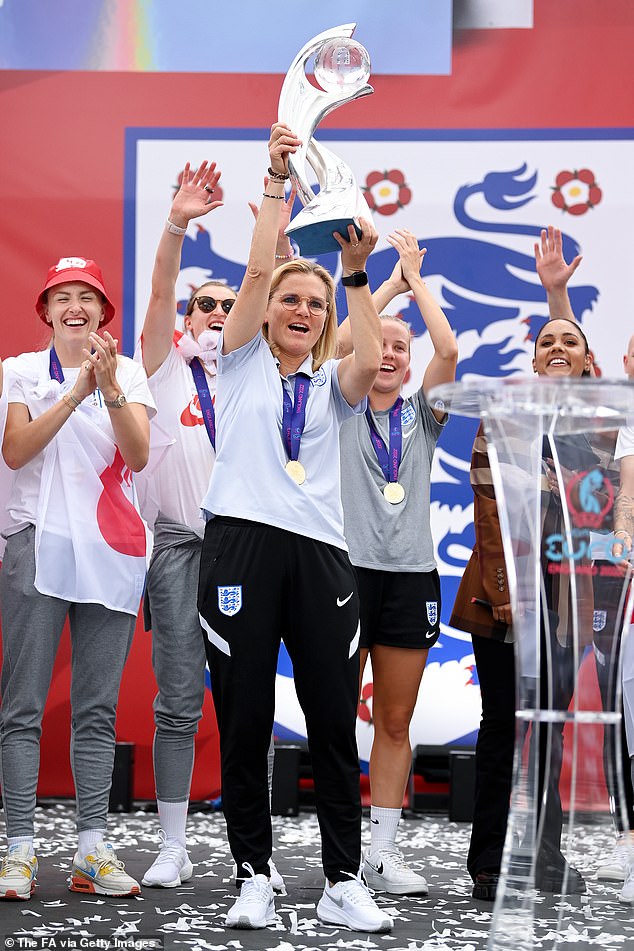 Fans have also called for manager Sarina Wiegman, who is a Dutch citizen and led her own country’s team to victory in 2017, to get an ‘honourary damehood’

Asked whether the Prime Minister’s absence from Wembley reflected badly on his attitude to the women’s game, his spokesman said: ‘I think the public will judge the Government on the support it has given to women’s football.

‘This is a Government that has stood steadfastly in terms of supporting the women’s game and investing in it.

‘The Prime Minister has been supporting the team throughout and was watching the game with his family at home.’

The spokesman shut down calls for a day off work to mark the historic moment, saying: ‘Obviously we all want to celebrate the Lionesses’ win, but there are no plans to change the current pattern of public bank holidays.’