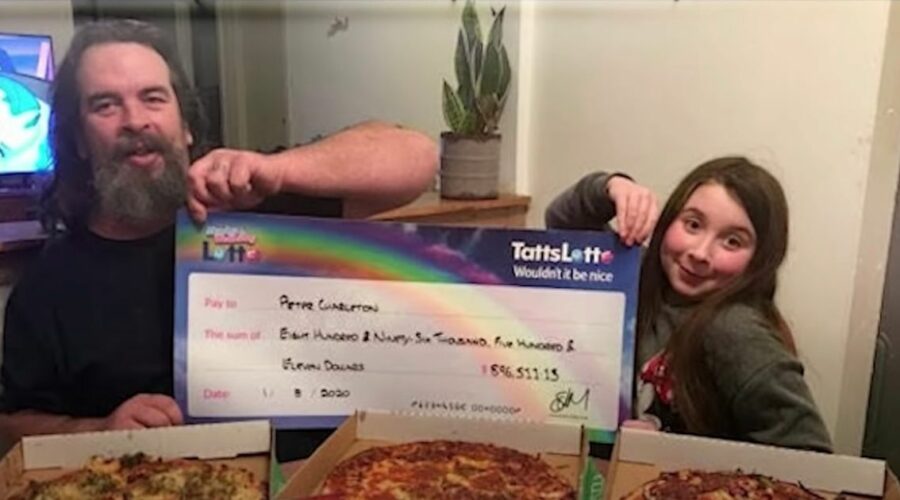 A man who won the equivalent of nearly £500,000 in the Lotto claims he has "no regrets" generously handing out all of the money to friends, struggling strangers and family members.

The dad realised he had accidentally left his late uncle's favourite pocket knife on top of his car before driving for a full hour home.

Mr Charleton was ecstatic to discover that the knife was miraculously still on top of the car after his journey, and posted on TikTok that he would be buying some Lotto tickets to see if his good luck would continue.

After buying three tickets, the 47-year-old waited a few days before downloading the TattsLotto app to check if he was a winner.

The first and second ticket reportedly gave him no luck, but the third came up with a message he had never seen before.

"I scanned the third one and it came up with something that I wasn't familiar with because said you are a big winner," he told My Big Story.

In disbelief the man says he deleted the app and re-downloaded it again, MailOnline reports.

But the message wasn't going away.

"It was a really good feeling," he said.

It was 17 days before the newfound riches landed in his account and he had decided to only tell his immediate family about the lucky fortune in this time.

Mr Charleton claims he had no desire to spend on himself, instead choosing to take care of his family, friends and the wider community.

"I don't feel comfortable keeping all this money to myself. And so I didn't," he remarked.

The generous man decided to look after his immediate family first and gave them all enough to get by a bit easier.

Then he followed this up with contacting friends he knew were finding it a bit tough.

He even went into cafes and restaurants to pay for stranger's food.

Mr Charleton added: "I felt more comfortable knowing that I'd given it all away and done a few things for myself."