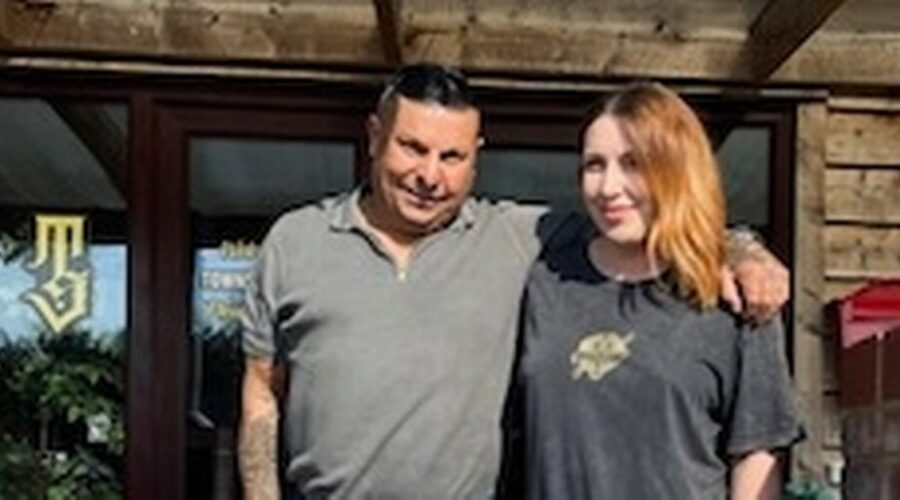 A bloke has got a massive tattoo of the Queen worth £1.4k on his leg to commemorate her following her death.

Graham Wilson, 54, took almost one and a half bags to his preferred tattoo studio where they launched into a 14-hour-ink fest in the name of Her Majesty.

The masterpiece features two faces, both of the Queen, one older and one younger.

As soon as he heard the news of her passing he made the appointment, booking himself in as quickly as possible.

Of High Wycombe, Buckinghamshire, Grahame said: "I absolutely love it.

“I loved the Queen, you could really relate to her no matter who you are.

“She’s iconic and I just wanted to pay homage to her.”

It took two seven-hour sessions for the digger driver to find his new addition to his liking – next, he wants to get a background of the Union Jack.

Beth Maddox, 29, was the artist behind the masterpiece.

“I’m chuffed to bits with it,” she said.

“It was nerve-wracking to do something so iconic, especially while everyone’s emotions are high.”

She added: “And, of course, everybody knows her so that’s frightening.

“No matter how long you’ve been tattooing you always want to get it right”.

Graham’s wife Michelle Croft, 53, is a big fan of the new body art, saying it is going to be his showpiece tattoo.

“We both love the Queen, we both love Windsor," she added. “We’ve always been interested in everything she does.

“We’ve followed every engagement and anniversary of hers.”