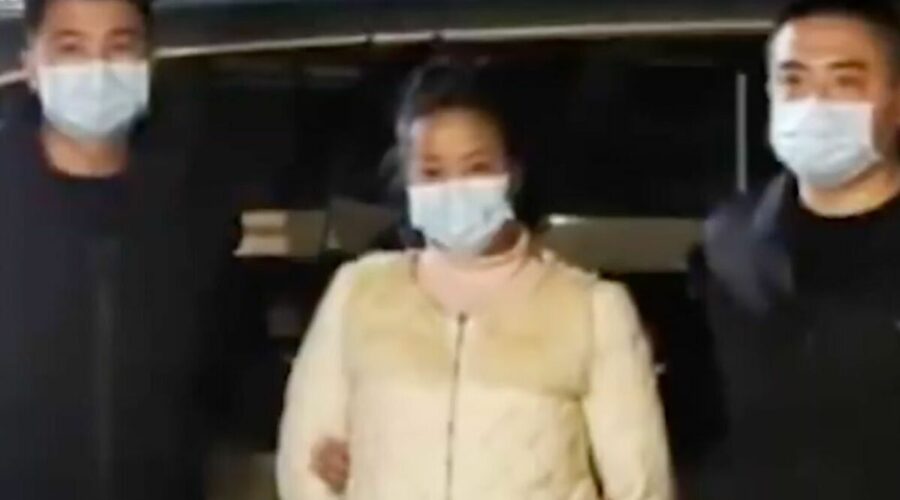 A former bank clerk, named Chen Yile by Chinese authorities, has been charged with corruption and fraud after 25 years spent on the run. Ms Yile confessed to all of her crimes and expressed remorse, according to the Yueqing People’s Procuratorate, which worked with other government departments to finally track her down. In a WeChat post this week, prosecutors in the city of Yueqing confirmed the charges, saying: “For 25 years, investigators never gave up on arresting Chen.”

Ms Yike’s case dates back to 1997 when she worked as a clerk at the China Construction Bank branch in the east coastal city of Yueqing. One day, the 26-year-old woman found a flaw in the bank system, allowing her to edit the amount of money in an account before withdrawing the cash.

She soon enough came up with the idea of artificially adding money to her own bank account and withdrawing it to start a new life. After being transferred to one of the bank’s nearby branches, she prepared her plan to sneak into the building.

Following the robbery, she went to a facility for plastic surgery, where she changed her appearance to conceal her identity and go under the police radar. It remains unknown exactly what surgeries she underwent.

Then, armed with the money, she went back to her parents’ house and hid 1.43 million yuan (£170,000) in various locations all around the building, including an outdoor toilet.

With the remaining funds, Chen then set out for the south and visited a bank in the nearby province of Fujian. She put 2.1 million yuan (£25,000) into three siblings’ newly created joint bank accounts.

Three days later, she revealed what had happened to her parents after stopping by their house, told her family where she had hidden the money, and left four passbooks there so they could withdraw additional cash.

Despite her father’s order to turn herself in to the police, she fled and moved on to start over in a new province, taking a new name, getting remarried, ghosting her first husband, and having a daughter.

Her father allegedly reported her to the police and gave the passbooks and hidden cash to the police, according to the local justice department.

Despite the police’s best efforts to track her down, they were unable to find the woman.

While police conducted their investigation, Ms Yile travelled to Shanghai with 400,000 yuan (£4,700), where, with the aid of an intermediary, she was able to obtain a new ID card, take on the name Jiang. She registered in the Guizhou province in southwest China, which is little over 1,000 miles from her own village.

She eventually made her way to southeast China’s coastal province of Guangdong, where she began a new life.

Once settled, she started her own cleaning supply business, which she ran successfully for the following 25 years.

She also remarried and had a daughter after leaving her first husband after the theft. Before she was discovered in December, it’s believed that her new family was unaware of her past.

She is now being prosecuted for corruption, identity fraud, and getting remarried without dissolving her first marriage after being discovered.