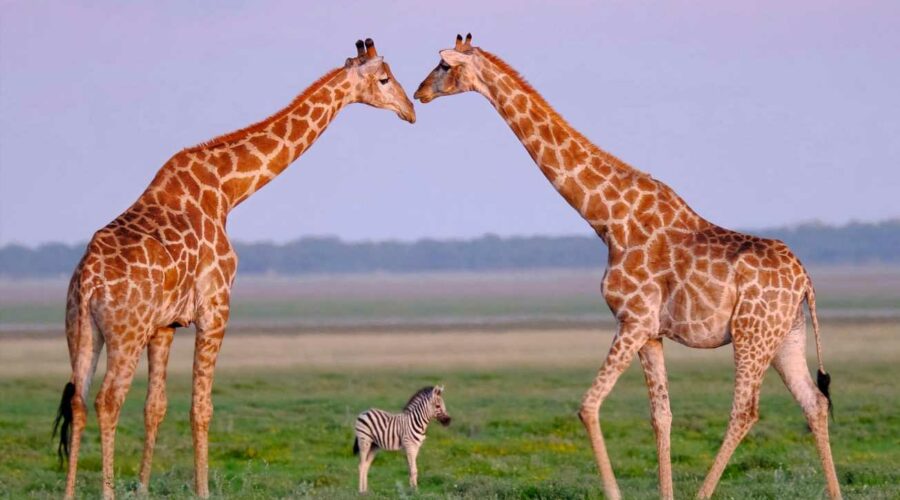 The foal, about five months old and about 3ft tall, was snapped at Etosha National Park in Namibia. 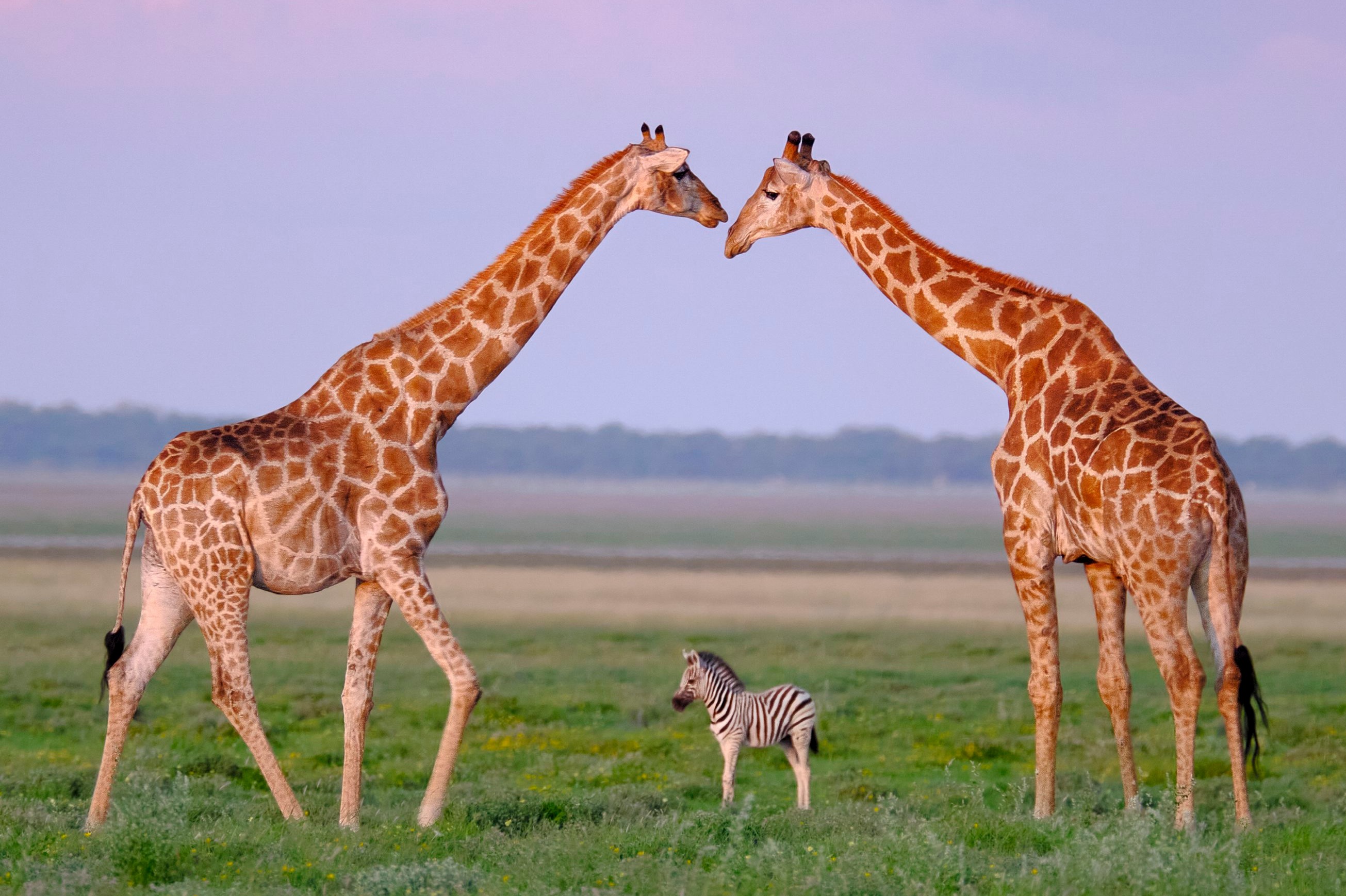 Photographer Anette Mossbacher, 58, said: “The giraffes are fully grown and around 20ft tall.

“The zebra’s mother was just to the right happily grazing the fresh green grass with other zebras. following a few days of frequent rain showers.

“The zebra baby… stayed very calm, I never expected him to stand so still, but he waited patiently to be reunited with its mum.”

“The giraffe on the left passed the zebra foal, followed closely by the other giraffe, which turned, as they both went into the bush to feed on the thorn bushes.

The zebra herd then went to a waterhole, to drink.” 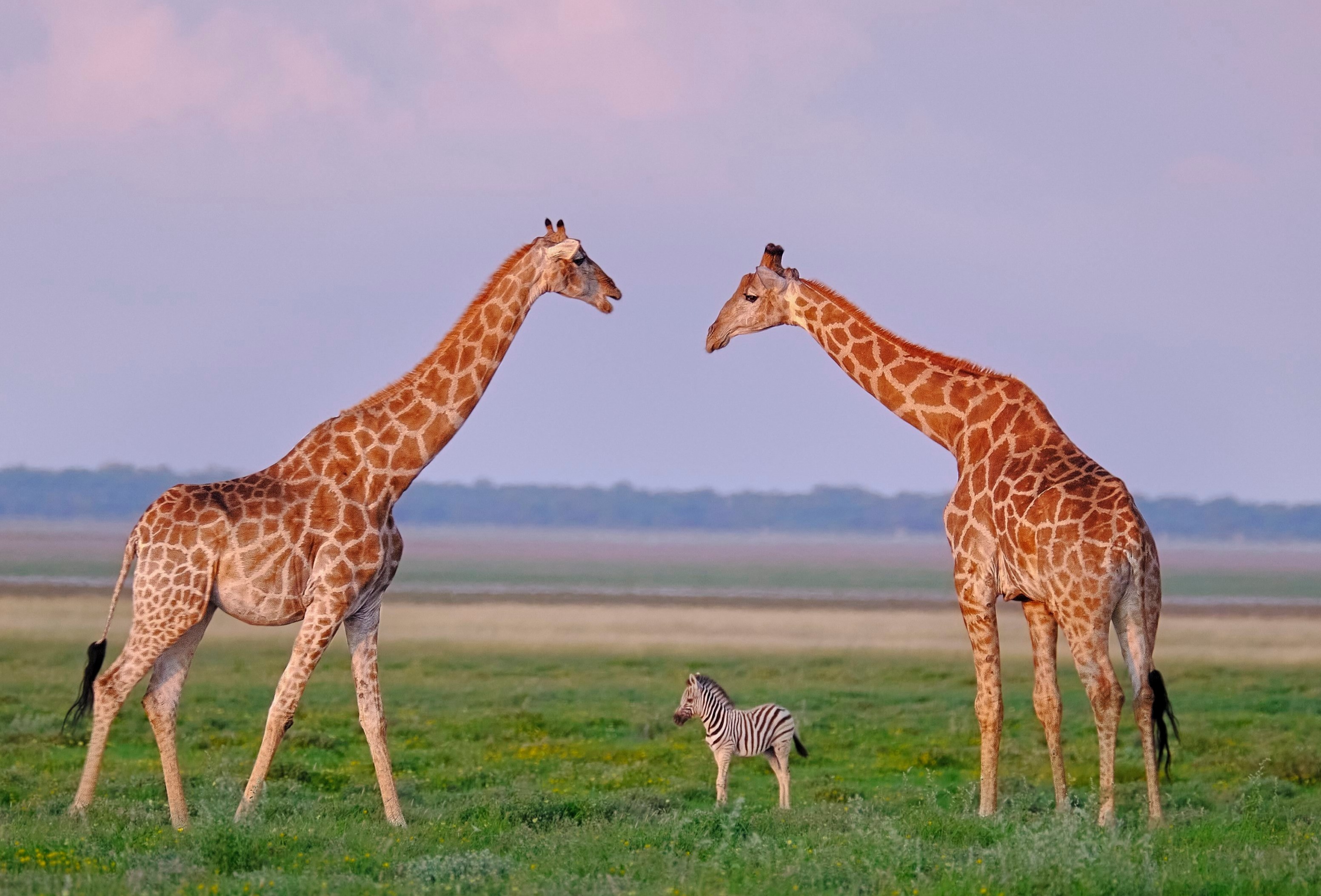