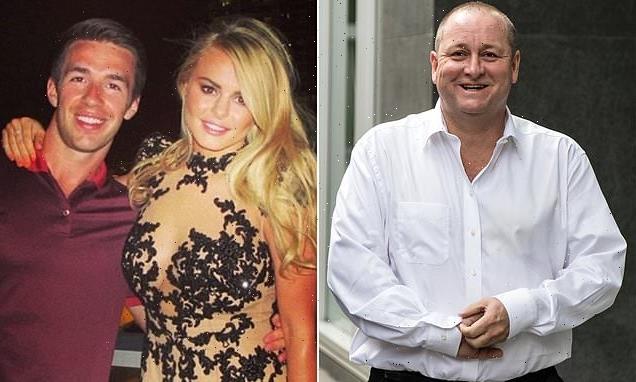 The future son-in-law of sportswear tycoon Mike Ashley is being lined up for a £100m bonus after he takes the reins of the billionaire’s business.

Michael Murray, 31, could bag the enormous payout – potentially one of the biggest offered to the boss of a British firm – after he takes over as chief executive of Frasers Group next year.

The company, which owns Sports Direct and House of Fraser, announced earlier this month that current boss Ashley plans to step back and become deputy chairman from May 1.

Murray has long been seen as the heir apparent after becoming engaged to Ashley’s eldest daughter Anna.

He has carried out property deals for the businessman in recent years and overseen an ‘elevation’ strategy to modernise Frasers Group’s shops.

That has already resulted in him bagging fees of more than £15m – and he is being lined up for even bigger sums upon his promotion. 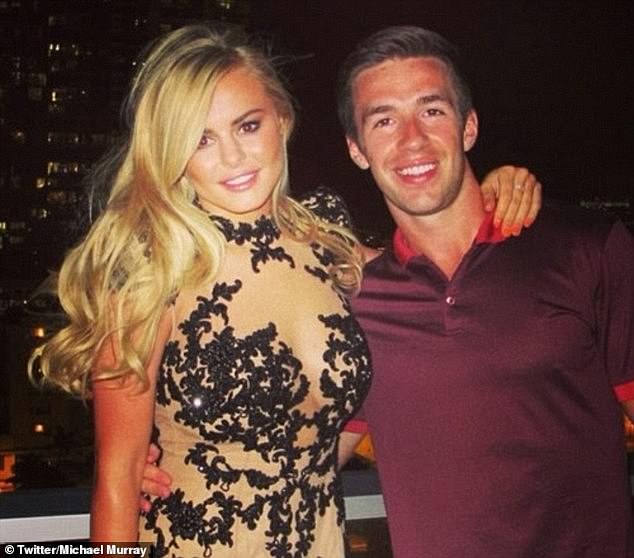 Michael Murray (right), who is dating Sports Direct founder Mike Ashley’s daughter Anna (right), could be in for £100million bonus when he takes over the Fraser Group next year

If he can successfully more than double Frasers Group’s share price to 1500p by October 2025, Murray will be eligible for a bonus payout worth £100m, the company said in an announcement. The shares closed at 650.4p last night.

Murray’s potential windfall will be in addition to a generous starting salary of £1m per year – unlike his soon to-be father-in-law who previously claimed to have never taken a salary from his business.

In a statement, Frasers Group said the ‘significant increase in value of the shares to be achieved’ before Murray’s bonus can pay out is ‘suitably challenging but achievable’.

It said that hitting target would be ‘evidence of the success of the group’s elevation strategy and Michael’s leading role in this’. 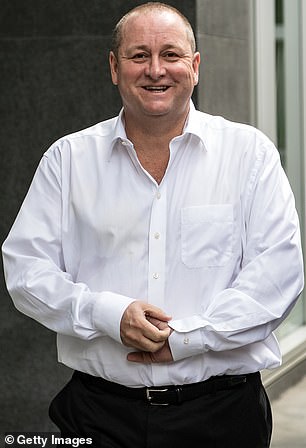 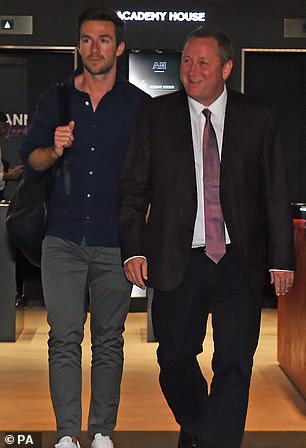 Michael Murray (pictured right with Ashley) has long been seen as the heir apparent after becoming engaged to the daughter of Ashley (left), who is estimated to be worth £2.7billion

The company will seek approval for the pay proposals at its annual general meeting on September 29.

However, they are sure to pass given that Ashley’s holding company, Mash, controls more than 50pc of shares. The tycoon is estimated to be worth £2.7bn.

Despite this, Murray’s bonus is still likely to attract controversy given its sheer size.

And Wizz Air investors recently rebelled over plans to hand boss Jozsef Varadi £100m if he can double the carrier’s share price.

The huge bonus is just the latest coup for Murray, the Doncaster-born son of a property developer. He has steadily risen to prominence at Frasers Group after meeting Ashley’s daughter in Majorca ten years ago and becoming engaged to her.

The couple live together in a £10.7m mansion in the affluent district of Belgravia, central London.