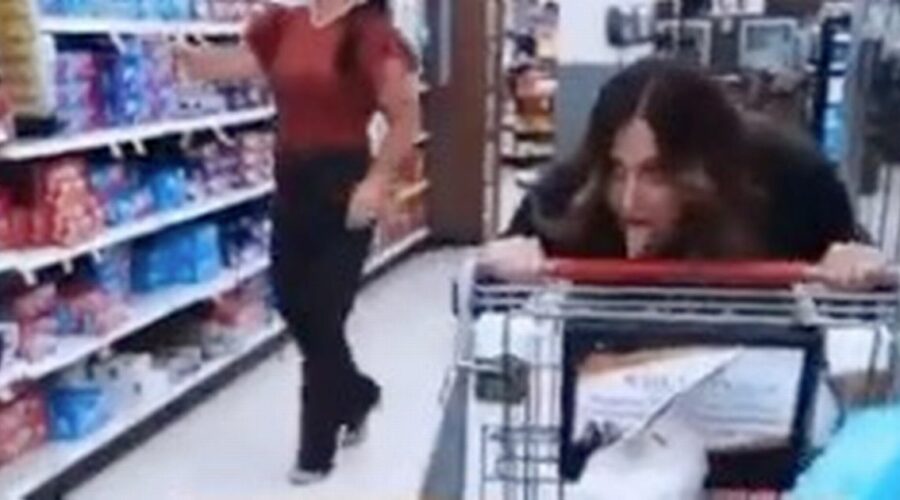 An anti-vaxxing mum who is outspoken on social media about the coronavirus pandemic has filmed herself proudly licking stuff in a supermarket in a message against "fear".

Jodie Meschuk, from Colorado, US, appears to wrongly claim all vaccines are dangerous on her social media pages and has also said she will unfollow people who think "fresh air" will kill them.

In an apparent criticism against wearing a face covering, she posed with her son in the video and said: "Oxygen and smiles = life."

"Germs fortify your immune system. Exposure to germs builds defenses against asthma and allergies. Microbes help digestion," she adds in the on-screen caption.

Jodie then films herself licking various objects in the unknown store.

At first, it's only the bag she's using for her veggies but she then goes on to lick her trolley and slobber on the door handle of a fridge being used to store beer.

Jodie writes: "Be free! Love over fear," in the final shot as she grins into the camera.

Because other people will have to touch the saliva-coated objects after her, most people thought it was pretty disgusting and inconsiderate behaviour.

Since the post went viral, Jodie complained she was receiving cruel messages on her social media pages.

Jodie hit back with a statement on her Instagram, saying that her critics have "handed over their minds to someone else – to Satan".

She added: "Why do some people lash out with hateful words and a spirit of wishing others ill will or harm?

"Why do some people hide behind their screens believing they are somehow courageous?"

This isn't the first time someone with Covid skeptic views has gone on a gross licking spree in a public place.

A bloke horrified viewers when he licked the buttons of a cash machine and boasted he'd done it multiple times around the town.