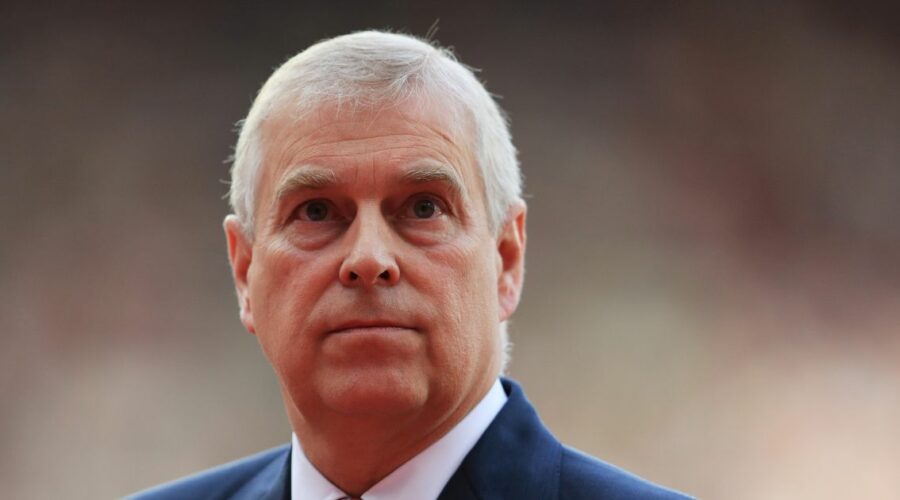 Prince Andrew's "persistent lobbying" to be let back into the fold as a senior royal "took its toll on the Queen" before her death, a source has claimed.

After accusations of sexual abuse, which Prince Andrew denied, he retained his title HRH but was told not use it in any official capacity.

The 61-year-old Duke of York, the third child of the Queen and ninth in line to the throne, reportedly asked Her Majesty for a return to an official royal capacity repeatedly.

READ MORE: Major blow to Harry and Meghan as Netflix doc to 'air over Christmas' despite delay plea

And according to the Daily Mail's Ephraim Hardcastle column, it caught the attention of his older brother, the now King Charles.

The then prince reportedly summoned Andrew to a tense meeting after hearing of his "persistent lobbying".

Charles and Andrew reportedly held an early-morning meeting at the King's Birkhall estate in Scotland just days before the Queen’s death with the Duke of York's absence from future royal service confirmed.

The aforementioned column stated: "A source whispers that Charles had been tipped off by the Queen's senior staff that Andrew's persistent lobbying of the ailing monarch to restore him as a 'working royal' was taking its toll.

"Andrew knew that if his mother didn't rehabilitate him then all hope was gone."

Meanwhile, a source previously told the Mail on Sunday of the meeting: "Andrew was totally blindsided. He is utterly bereft. He always believed there was a way back."

While another added: "Naïve as it may sound, he always had hopes of regaining his position as a senior royal. At the meeting, Charles told him that he can go off and have a good life, a nice life, but that his public life as a royal is at an end.”

The late Queen was one of Andrew’s key supporters within the family and allowed him to make a rare public appearance when he escorted her down the aisle at Prince Phillip’s memorial service.