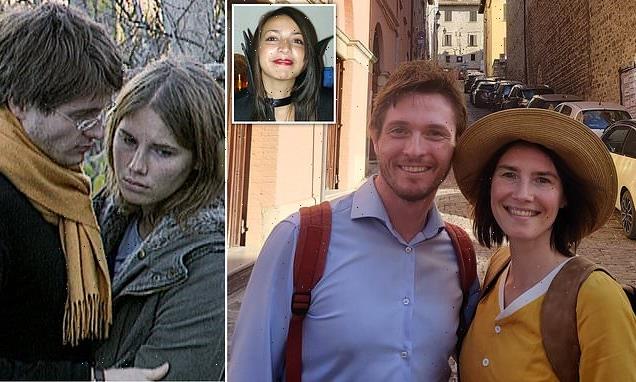 Amanda Knox and Raffaele Sollecito are arm-in-arm in Italy: Ex-lovers reunite in picturesque town they had planned to visit 15 years ago… before they were arrested over murder of Meredith Kercher

Amanda Knox and her former lover Raffaele Sollecito have been pictured reuniting in Italy 15 years after they were arrested and wrongly convicted of the murder of Briton Meredith Kercher.

In a carefree photo the pair were seen smiling as they visited the historic town of Gubbio – the same place they had planned to visit on the day that Meredith’s body was discovered in her room.

Almost 15 years to the day of Meredith’s death, Mr Sollecito, 38, told The Mirror that it was ‘the nicest’ thing to reunite with Ms Knox, 35, after their lengthy ordeal, which saw them wrongly spend four years in prison.

Meredith, 21, was a Leeds university student who living in Peruga on exchange, and was found dead with her throat cut and signs of sexual assault on November 2, 2007.

Police were called by Mr Sollecito after he and Ms Knox, who was a flatmate of Meredith, discovered her body the day after she died.

American student Ms Knox, 20 at the time, and her Italian boyfriend Mr Sollecito, who was 23, were arrested four days later and went on to be convicted at trial twice.

Both convictions were overturned due to a startling lack of any evidence linking them to the crime. Also arrested was Rudy Guede, who ran a local bar. His bloody fingerprints and DNA found at the crime scene ensured his conviction for murder, and he served 14 years of his 30-year prison sentence behind bars. 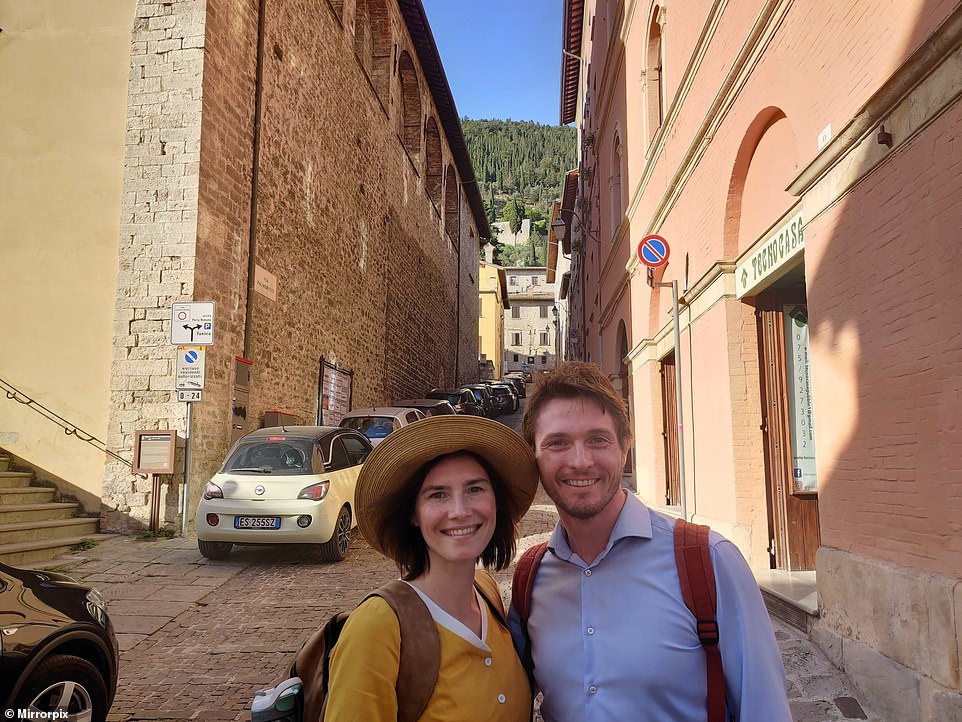 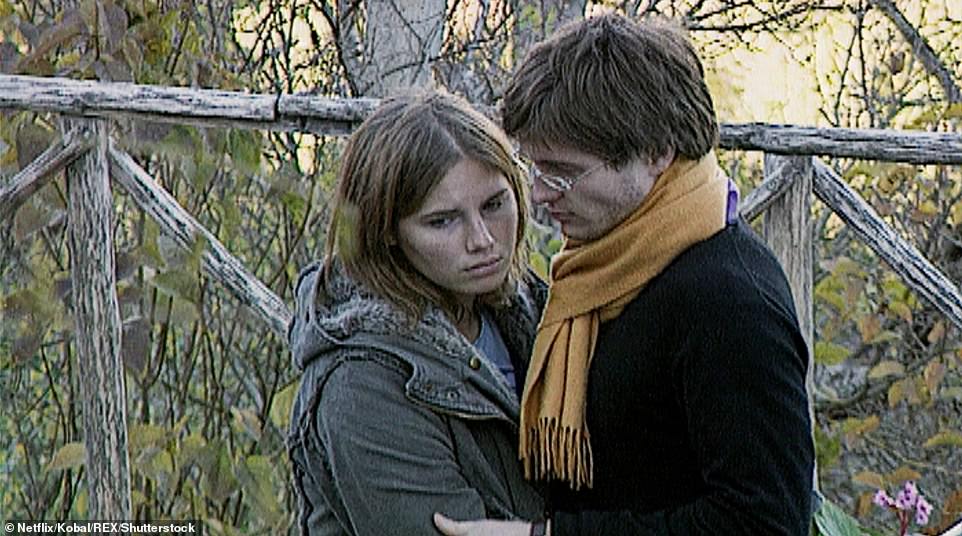 Amanda Knox, left, and her then-boyfriend Raffaele Sollecito, of Italy after they were named as suspects 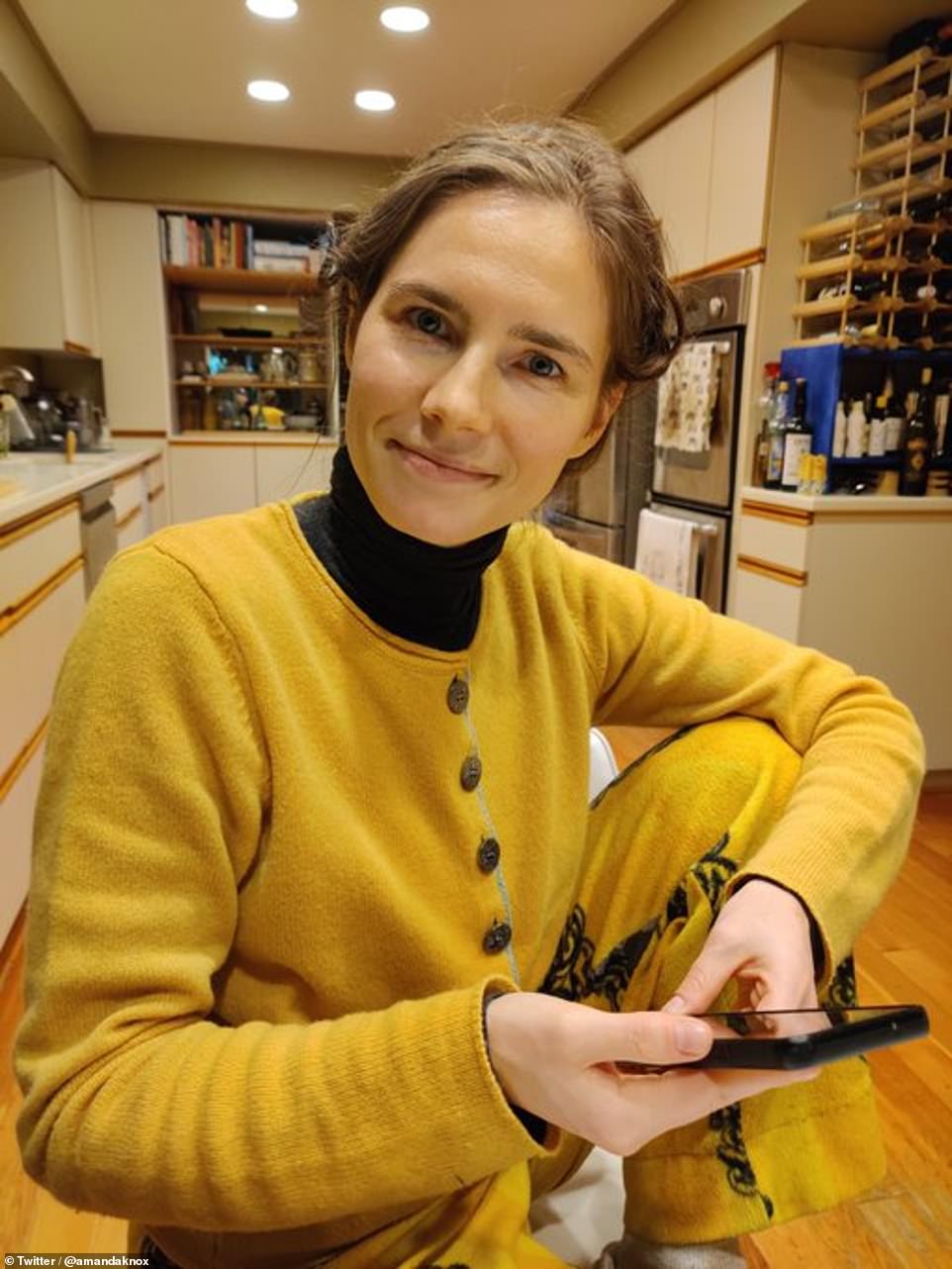 Amanda Knox, 35 and from Seattle, was falsely convicted of Meredith’s murder twice and served four years in prison 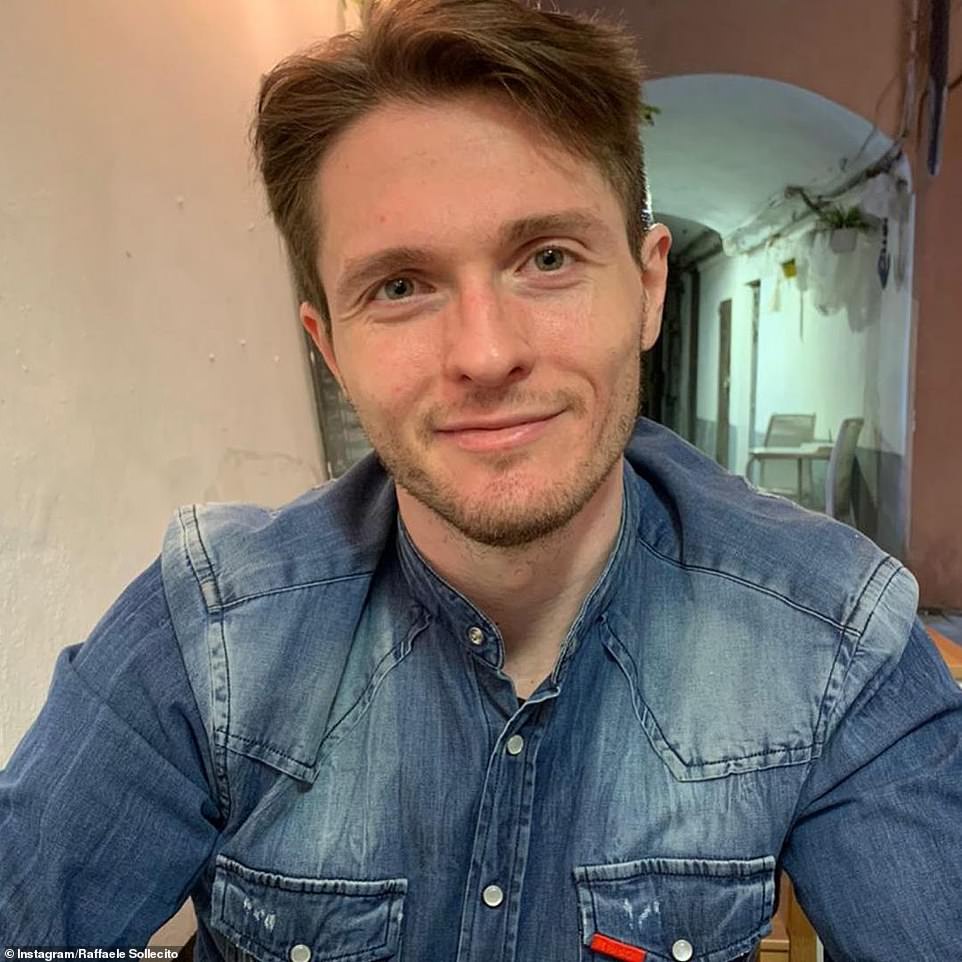 Raffaele Sollecito, 38, originally from Milan, was convicted alongside his former lover 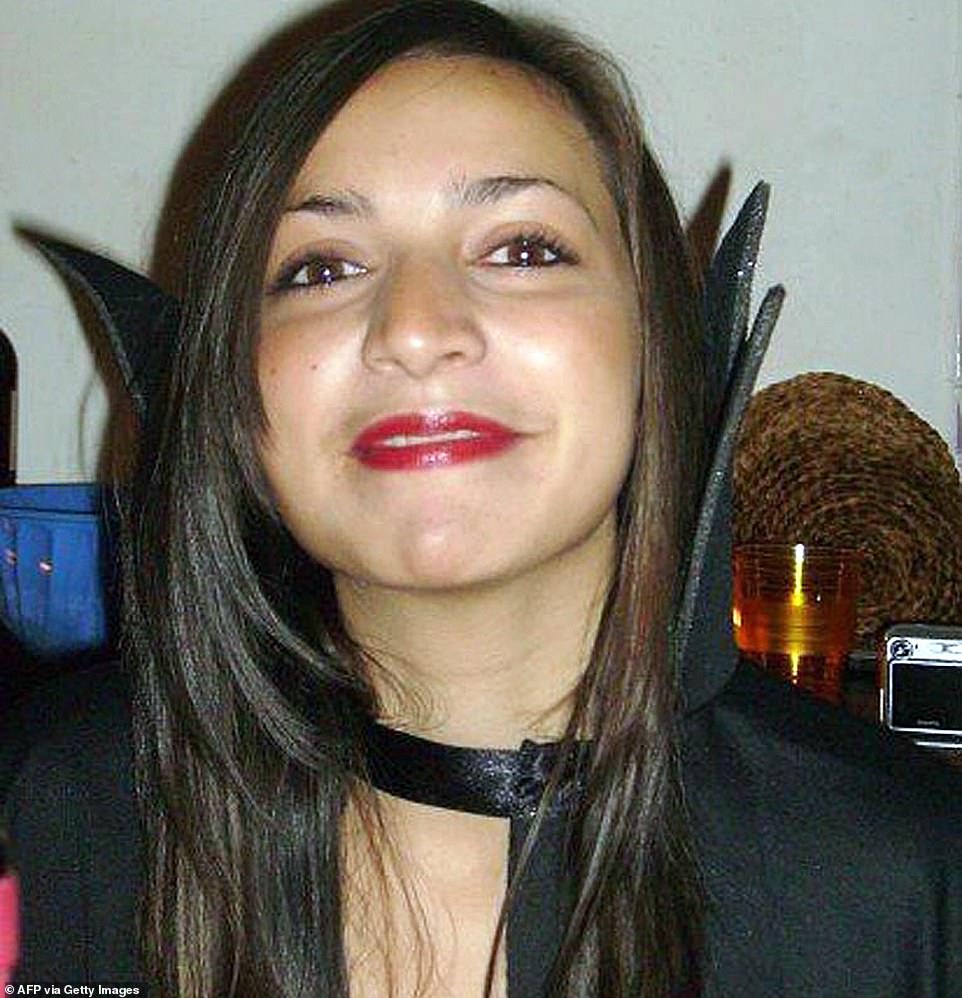 Kercher, from Coulsdon, Surrey, was killed just three months after moving to Italy for a study abroad programme at Perugia’s prestigious university (pictured: in an undated photo released in November 2007)

Mr Sollecito, now a computer engineer in Milan told The Mirror: ‘There was also something very light about it, Ms Knox saying ‘Why don’t we go back to Gubbio?’

‘She was saying we can go after all this time with her family and I could see they were planning a lot to do there.

‘It was bitter-sweet to go back as we were supposed to go there in such different circumstances, but it was just nice for us to be able to talk about something that wasn’t the case.’

Meredith, of Coulsdon, South London, had only been in Perugia for three months when she was found dead with 47 stab wounds after the sex assault.

In 2011, the couple had their initial convictions quashed after experts told Italy’s High Court there had been huge errors in the initial case.

In 2013, a new trial began, and both were again found guilty – although Ms Knox remained in the US.

Two years later, they were acquitted for a second time by the Supreme Court.

Judges said there were stunning errors in the murder enquiry and a lack of any evidence the couple were involved in the attack.

Forensic blunders such as a contaminated glove were also highlighted during the court case.

Despite not having seen one another in 10 years, the two kept in touch using Whatsapp.