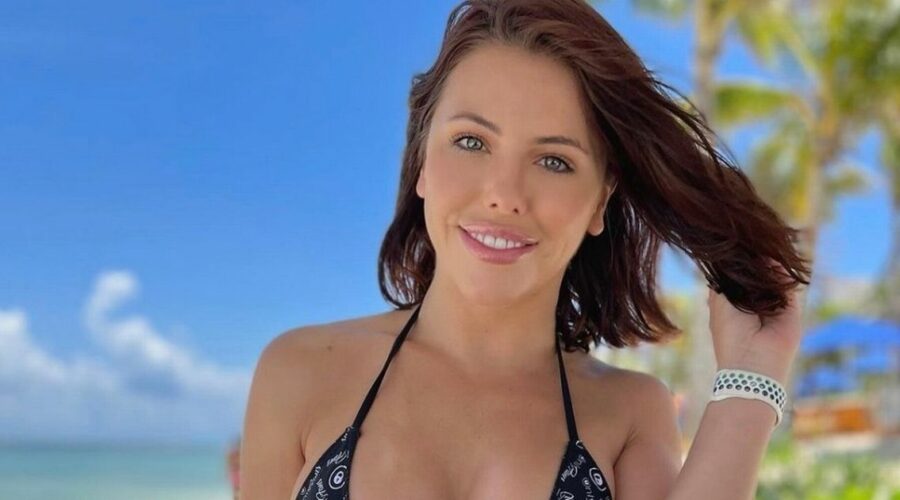 Adriana Chechik, the adult star who broke her back by diving into a foam pit at the Lenovo / Intel booth at TwitchCon 2022 at San Diego earlier this month, has revealed that she was pregnant at the time of the accident.

She shared a video over the weekend that detailed the after-effects of the horrific injury.

READ MORE: Adult star Adriana Chechik breaks her back after jumping into foam pit at convention

But, she says, the surgeons who treated her “did an amazing job”.

She said that she specifically asked off the surgeon could try to hide the stitches as much as possible.

“The stitches were inside because I’m a model,” she explained. “I was like ‘can do you anything to hide the stitches?'”

But then she revealed the shock news that she had lost a baby after her accident.

“Also, like, I don’t care, everyone’s gonna know but I was pregnant… and I didn’t find out until I was in the hospital,” she said.

Adriana says she has been left with “like crazy hormones” after having to undergo a termination because of the surgery required for her back.

“I’m not pregnant anymore because of the surgery,” she said. “I couldn’t keep it.

"But my hormones are also through the f****** roof because of that.”

Adriana broke her back in two places during the stunt, and underwent emergency surgery to fit a metal rod into her spine.

She blames the event organisers for the accident, saying they failed to set the booth up properly.

The Twitch streamer had been invited to a "face off" event at TwitchCon in San Diego, US, where she and a rival had to knock each other off podiums using padded poles in a Gladiator-style battle.

Video shared on social media shows her jumping off the podium into the foam pit and landing on her backside.

"It's also either the conventions' fault or the convention centre's fault for not having the booth inspected and obligated the safety procedures,” Adriana said after the event.

Another streamer, known as "LochVaness", also claimed she had been injured in the same pit.

A spokesperson for Lenovo said in a statement: “We are aware of the incidents of TwitchCon visitors who sustained injuries in the gladiator game soft foam pit at the Lenovo booth.

"The area has since been closed for any further use while we work with event organizers to look into the incidents.”