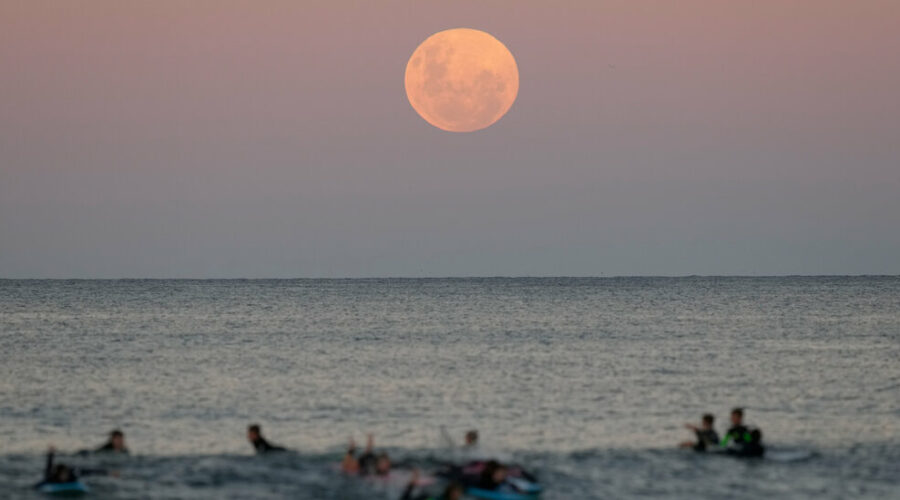 Australians were among those lucky enough to see it on Wednesday evening, a rare astronomical event marked by a dazzling array of sunset colors like red and burnt orange: a “super blood moon.”

The striking display was the result of two simultaneous phenomena: a supermoon (when the moon lines up closer than normal to our planet and appears to be bigger than usual), combined with a total lunar eclipse, or blood moon (when the moon sits directly in the Earth’s shadow and is struck by light filtered through the Earth’s atmosphere).

“A little bit of sunlight skims the Earth’s atmosphere,” said Brad Tucker, an astrophysicist and cosmologist based at the Australian National University in Canberra, the country’s capital. He said this creates the effect of “sunrise and sunset being projected onto the moon.”

Depending on your vantage point and the amount of dust, clouds and pollution in the atmosphere, Dr. Tucker added, the moon appears pink-orange or burned red or even a brown color.

“A super poo moon doesn’t really have the same ring,” he said.

‘You don’t need a telescope’ 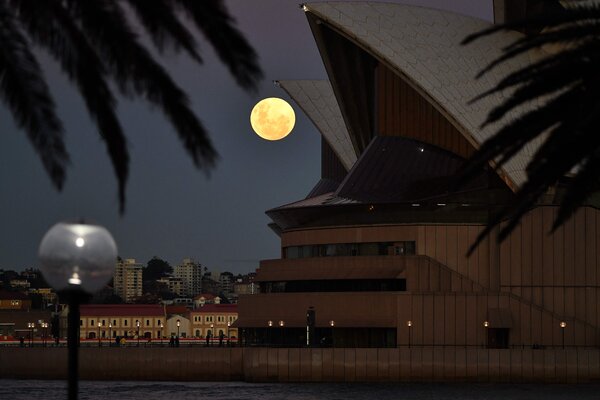 Sky gazers in eastern Australia caught the eclipse beginning around 6:47 p.m. local time Wednesday, with it peaking by 9:18 p.m., while those in Los Angeles were to see the action beginning at 1:47 a.m. Pacific time.

In Australia, some took to the skies on a special flight to see the supermoon. It left Sydney about 7:30 p.m. and was to return later that evening. Vanessa Moss, an astronomer with Australia’s national science agency, CSIRO, and the guest expert on the flight, said this kind of phenomenon was exciting because it was accessible.

“You don’t need a telescope; you don’t need binoculars,” she said, adding that it was a good chance to “look up at the sky and think about our place in the universe.”

Because a lunar eclipse occurs in the Earth’s shadow, only those on the “night side of the Earth” were able to experience it, Dr. Moss said. Places like Europe and the East Coast of the United States missed out.

The supermoon appeared first, a day before the total lunar eclipse.

Then came the first sightings of the super blood moon.

So, what happened exactly?

At first, the moon entered Earth’s outer shadow, creating subtle changes in the way its surface appeared. After a few hours, it traveled deeper into the shadow and began to appear reddish. That process began around 2:45 a.m. Pacific time.

At 4:11 a.m., the moon fell completely within Earth’s inner shadow, making its full face a deeper shade of red. This total eclipse was relatively short, lasting about 14 minutes and ending by 4:25 a.m. Pacific time. Some total lunar eclipses go for nearly an hour.

The process then reversed itself as the moon passed out of the Earth’s shadow, gradually returning to its normal self until sunrise, at which point, on the U.S. West Coast, it sank below the horizon.

“A lot of what we do in astronomy is we talk about things that are billions of years old or billions of years away and you never see,” Dr. Tucker said. In this case, he added, people just had to stick their heads outside to “see the awesome moon.”

Missed it? Maybe next time.

Neither a supermoon nor a blood moon is that rare, but seeing both together is unusual, scientists say. It usually happens once every several years, depending on where in the world you live.

In ancient times, the red moon was considered an omen for change and disruption, but in the wake of the coronavirus pandemic, it has given human beings the opportunity to reflect on a difficult year past, Douglas Vakoch, a psychologist who has studied humanity’s relationship with space, wrote in an email.

“We wonder whether the red moon is a sign of the end of disruption and suffering, or another beginning,” he said, adding that the moon provides one of the constants in our lives. “When that’s disrupted, we temporarily lose our moorings, and for a moment we’re jostled from the world we take for granted.”