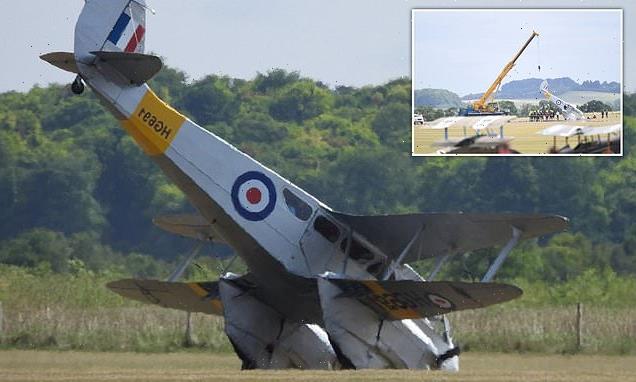 A vintage aircraft which crashed upon landing at a Cambridgeshire airshow this year pitched almost vertical due to a deflated tyre, an investigation has found.

The de Havilland Dragon Rapide aircraft was being used for short commercial flights ahead of the airshow at Duxford on June 19 this year.

On its second flight at around 9.30am, all was normal until landing back at Duxford, at which point the pilot, 53, felt a large deceleration when the right landing gear touched the ground.

‘It pitched onto its nose and exited the runway to the right.’

The plane was carrying one pilot and eight passengers at the time of the incident.

All nine in the plane were safely evacuated with the assistance of a fire truck ladder and no-one was injured.

The pilot of the flight had more than 2,500 hours of flying experience, including 16 hours of flying the same type of aircraft within the 28-day period prior to the show.

He is said to have performed all routine safety checks, secured the aircraft upon the bumpy landing and ascertained that all passengers were safe. 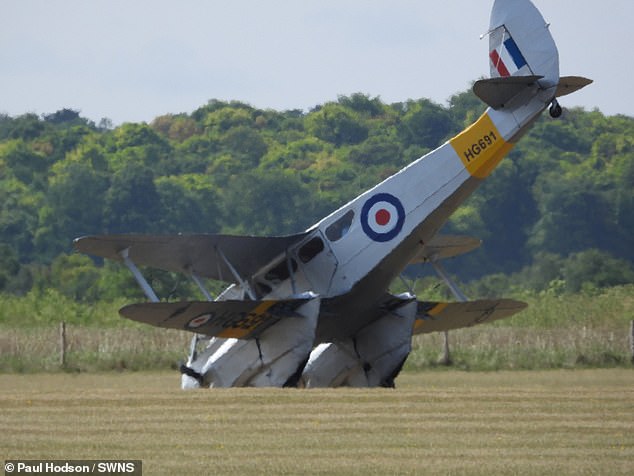 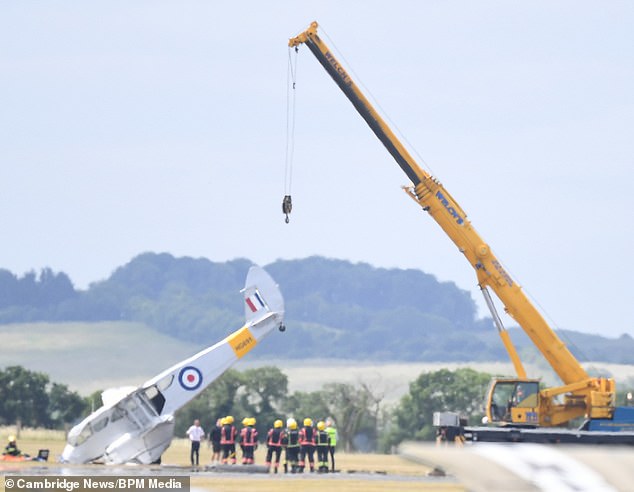 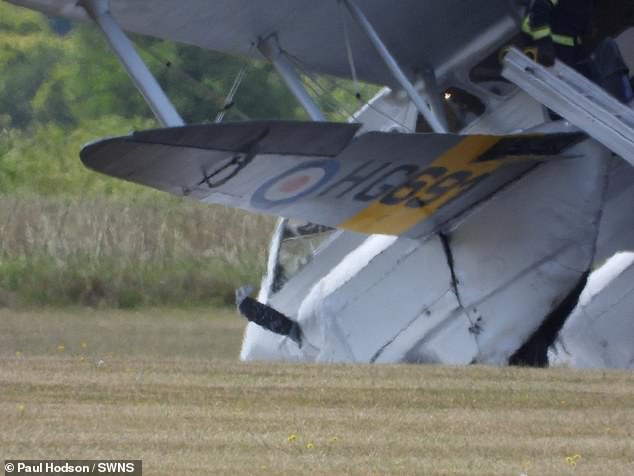 Although no-one was injured, there was significant damage to the aircraft during the incident 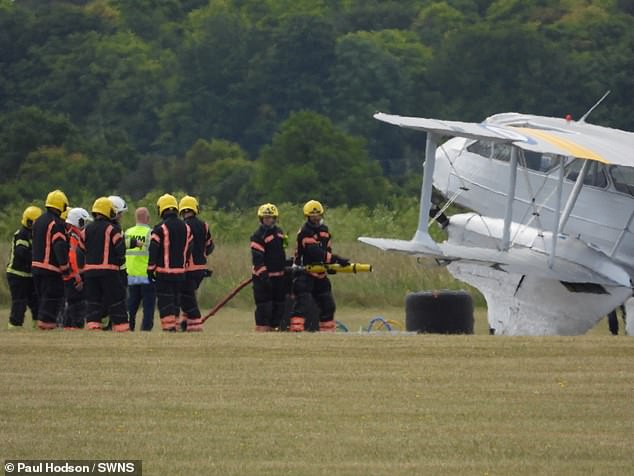 He then checked for fire or smoke and examined the height to the ground before instructing passengers to remain in the aircraft until an approaching fire truck arrived.

The plane in question had a small role during WWII, when it was useful for aerial couriers between Britain and France. Though a military-orientated version was later developed.

Investigators have now revealed that the right main landing gear became inflated either during the flight or on landing.

Due to the deflated gear tyre the aircraft ‘decelerated rapidly and pitched onto its nose.

‘The aircraft yawed to the right and exited the paved surface coming to rest on the adjacent grass.’

The report notes that although no-one was injured, there was significant damage to the aircraft as a result.

This included damage to the underside of the cockpit and front fuselage, both propellers and both engine cowlings.

An eyewitness told CambridgeshireLive at the time of the incident: ‘It looks like a plane has landed nose first, the end of it is in the air, two fire engines, presumably from the air field and a crane.’

A spokesperson for IWM Duxford said at the time: ‘This morning, there was a minor incident with an aircraft at IWM Duxford. No one involved was injured, the incident has been fully dealt with and the flying programme for today’s event will run as planned.’

The rest of the airshow proceeded as scheduled.