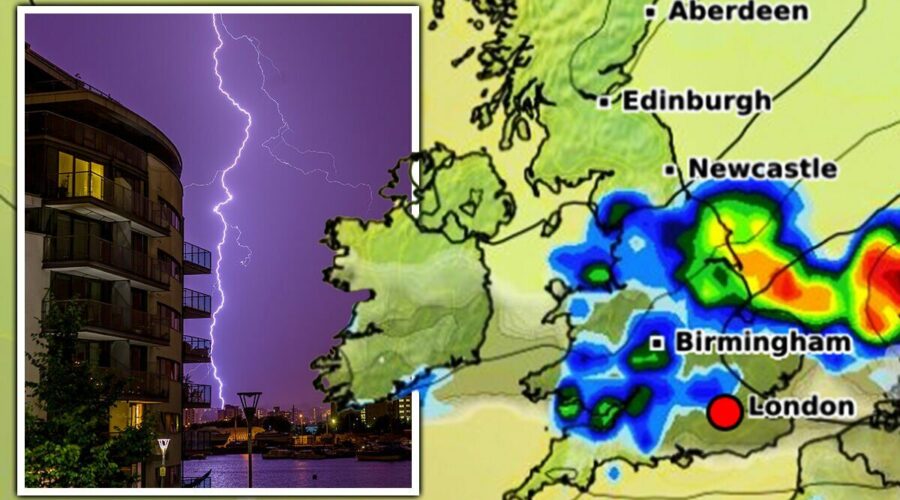 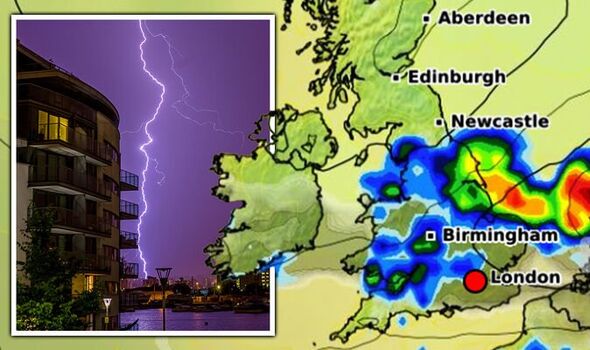 A ‘hotter than normal’ summer will drive outbreaks of torrential downpours and thunderstorms, government forecasters have warned.

A Met Office spokesman said: “Even with a slight reduction in the chance of a wet period, spells of wetter weather are likely to [bring] heavy showers or thunderstorms at times.

“Whilst this doesn’t necessarily mean heatwaves will occur, it does increase the likelihood of heatwaves compared to normal.”

The three-month document warns of only a five-percent chance of cooler weather, but a 40-per cent chance of extreme heat­­–double that of normal years.

Government scientists predict a 15-percent chance of a dry summer, with a 10-per cent chance it will be wet.

The monsoon forecast comes as Britain braces for an eruption of thunderstorms to mark the end of the Platinum Jubilee holiday.

The Met Office has issued a six-hour thunderstorm warning across much of southern and central England.

It warns torrential downpours will bring torrents of gushing floodwater to the region while thunder, lightning and hail threaten power cuts and mayhem on the roads.

Up to an inch of rain could fall in a matter of hours with two inches possible by the end of today.

Thunderstorms will clatter across the country until around 6pm as a plume of violent storms ploughs in from France.

Swathes of Britain were last night braced for a storm the ‘size of Ireland’ to cross the channel before unleashing a monsoon deluge.

Jim Dale, meteorologist for British Weather Services and expert on weather impacts and safety, said: “There is the risk for some very big thunderstorms coming in from the Continent through the latter part of the weekend.

“The most danger will be to people in open spaces and waterways, and it would be sensible to rearrange plans for indoors.

“People standing in exposed areas can easily become a conduit for lightning, and it is in situations like this where we have the risk of outdoor events turning dangerous.

“It is a rarity for people to be struck by lightning, but that is not to say it doesn’t happen.”

Britain could be in for weeks of turbulent weather ahead after a brief spell of calm after the weekend, he said.

The frenzied weather will be driven in part by the jet stream which has fractured to send sprawling limbs across Britain.

Mr Dale said: “We are at the mercy of the jet stream and will be for some time to come.

“Our predictions for the next few weeks are for a trend of this unsettled weather to continue.

“The jet stream looks like coming down slightly but following this could be a cavalcade of weather systems.”

Long range forecasters agree the next three months could be blighted by heat-driven thunderstorms.

Exacta Weather forecaster James Madden said: “Throughout summer there is the chance of some persistent storms and thunderstorms.

“These will be driven by spells of hot weather which could last for a cluster of days through the months of the meteorological summer.”

05/06/2022 World News Comments Off on 100 DAYS of thunderstorms: Britain braced for MONTHS of ‘extreme’ weather
Markets