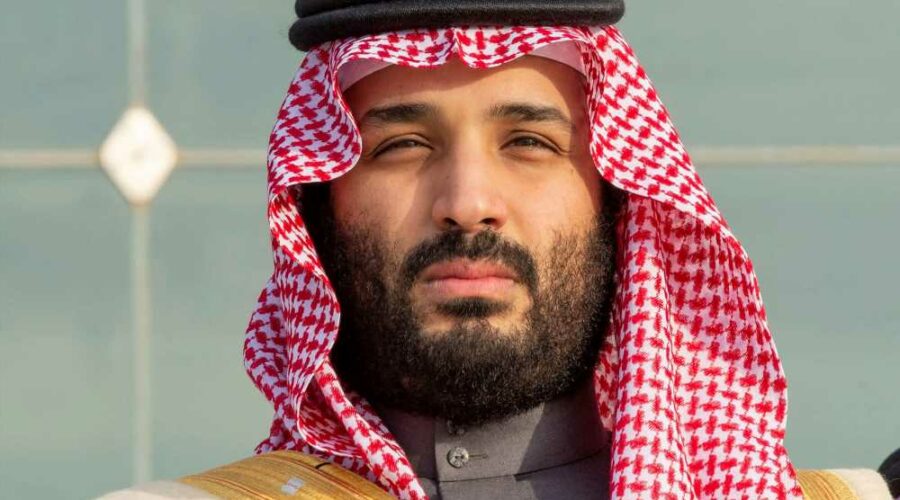 The White House is holding firm on its decision not to punish Saudi Crown Prince Mohammed bin Salman over the murder of journalist Jamal Khashoggi, even as some critics accuse President Joe Biden of failing a crucial test of leadership.

"Our national security team believes that going after the network responsible for these actions is the best way to prevent a crime like this from ever happening again," White House press secretary Jen Psaki told reporters Monday.

"That is our objective," Psaki said, pointing out that the Biden administration has levied sanctions and restrictions against a slew of Saudi figures.

But so far, the White House is not going after one prominent figure involved in Khashoggi's murder: the crown prince himself.

The 35-year-old Saudi leader approved the October 2018 operation to kill the Washington Post columnist Khashoggi, according to a U.S. intelligence report released Friday.

That report, which had previously been classified, matched the conclusions of other investigations into Khashoggi's death and sparked a new wave of outrage against bin Salman.

Shortly after the report was made public, Secretary of State Antony Blinken imposed visa restrictions on 76 Saudi individuals "believed to have been engaged in threatening dissidents overseas, including but not limited to the Khashoggi killing." The Treasury Department on Friday imposed sanctions on the crown prince's security detail and other Saudi figures.

Former President Donald Trump, in power at the time of the murder, had sought to cast doubt on bin Salman's involvement in the operation. Trump asserted that Saudi Arabia would remain a "steadfast partner" of the U.S., even after multiple outlets reported that the CIA concluded bin Salman himself ordered the journalist's killing.

In late 2019, Biden had signaled that he would penalize bin Salman and his regime over Khashoggi's death.

Once in office, Biden quickly worked to shift the U.S.-Saudi relationship away from Trump's warm stance toward the crown prince. Biden made clear he sees the 85-year-old King Salman bin Abdulaziz al-Saud, not his son, as his counterpart in the kingdom.

But it seems Biden's White House will stop short of targeting the crown prince with sanctions or other penalties, sparking blowback.

"It appears as though under the Biden administration, despots who offer momentarily strategic value to the United States might be given a 'one free murder' pass," Washington Post publisher Fred Ryan wrote Monday in a scathing opinion piece.

The New Yorker's Robin Wright accused Biden of having "betrayed his promise to defend human rights."

"Biden has done nothing to punish [bin Salman]. Absolutely nothing—to the astonishment of human-rights groups, foreign-policy experts, Saudi activists, and even some on his own staff," Wright wrote Monday.

Psaki in Monday's briefing, pressed to explain why Biden won't sanction the crown prince himself, repeated that the administration made "the right steps to prevent this from ever happening again."

She noted the new administration's efforts to "recalibrate" the relationship with Saudi Arabia following the kingdom's coziness with Trump. She highlighted that Biden halted U.S. support for offensive operations in Yemen.

Psaki said that also includes "not holding back and voicing concern and pushing for action as it relates to dissidents or journalists or others being held."

But it's unclear if Biden mentioned Khashoggi at all during his first conversation with King Salman last Thursday, according to a readout from the White House.

Rather, the readout says Biden "noted positively the recent release of several Saudi-American activists and Ms. Loujain al-Hathloul [a Saudi women's rights activist] from custody, and affirmed the importance the United States places on universal human rights and the rule of law."

Psaki in a CNN interview Sunday also argued that it's historically rare for administrations to sanction foreign leaders with whom the U.S. has diplomatic ties.

"We believe there are more effective ways to make sure that this doesn't happen again and also to leave room to work with the Saudis on areas where there is mutual agreement," Psaki said.