Will lack of enthusiasm impact whether people vote amid coronavirus pandemic?

The advocacy group Consumer Watchdog is calling for California's Senate Elections Committee to investigate why Google algorithms gave voters looking for answers from the state's official election guide a biased take on ballot measures, including Proposition 24.

In searches of the Golden State's 12 ballot proposals, officials found that seven measures had been described using campaign arguments from the guide, published through the Secretary of State's Office, instead of objective summaries.

"Was Google trying to quietly tip the scale against Prop 24's online privacy regulations by manipulating its search results to make it appear that the Secretary of State's official position was opposed to the ballot measure?" Consumer Watchdog leaders Jamie Court and Carmen Balber asked in a letter to state Senate Elections Committee Chair Tom Umberg. 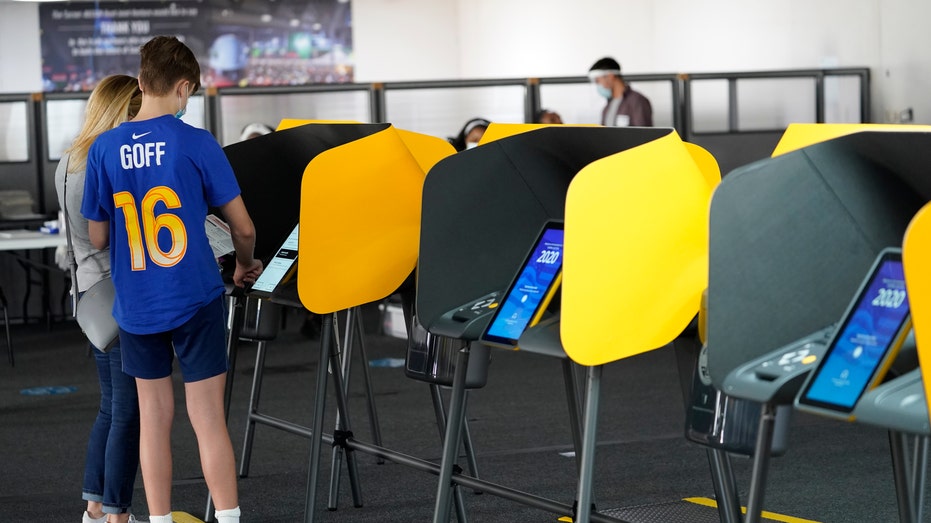 "It would be an extraordinary coincidence that the one measure that threatens Google's business model – forcing it to disclose the logic behind its algorithm and prevent it from using our most sensitive information – is also the only one that includes negative propaganda in the link to a nonpartisan source," they wrote.

Proposition 24 was reportedly the only one of the 12 measures with a snippet that featured the "No" argument from the state's voter guide.

After hearing concerns that the search results could influence voters' opinions on the issues, the California Secretary of State's office confirmed Friday that it had resolved the issue.

Many wonder, however, if the change was made too late in the process.

Early voting in California began on Oct. 5 and Politico reported Friday that more than 40% of the state's electorate has cast ballots — whether by-mail or in person.

Since Monday, the number of ballots cast has already surpassed 50% of the 2016 total, according to The San Francisco Chronicle.

About one-third of ballots sent to registered voters have been submitted.

According to Politico, Google has argued that its search engines don't process language in the same ways people do and searches for "Prop" or "Proposition" were often different.

They also said that they had trained organizations — including the California Secretary of State’s Office — on how to use tools that would control what is included in search excerpts.

"Today @Google CEO told @SenateCommerce 'we approach our work without any political bias,’” he tweeted Thursday when Sundar Pichai testified before a committee of the upper chamber of Congress. “But intent doesn’t matter when it comes to bias. It’s the results that matter. Or in this case, the search results."

Stern said Thursday that he might introduce legislation to require that Google and other Big Tech make public disclosures about how their algorithms work.