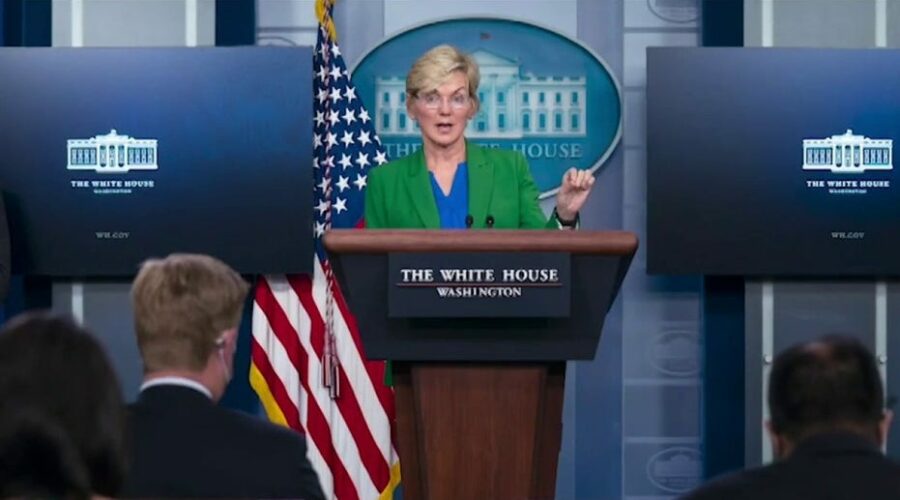 A top Energy Department official is facing accusations of a potential conflict of interest, after a watchdog group said she had suggested a pattern of advancing the interests of an energy association of which she is a former CEO.

Kelly Speakes-Backman, who serves as acting Assistant Secretary for Energy Efficiency and Renewable Energy, is a former CEO of the Energy Storage Association.

Protect the Public’s Trust, a watchdog that identifies potential conflicts of interest, has written to the Energy Department’s general counsel pointing to an April 16  panel on energy storage technology, in which it says Speakes-Backman “unnecessarily made multiple mentions of her former employer and implied her involvement in a major program initiative that would likely financially benefit her former employer and its members.”

The letter, first reported by The Washington Free Beacon, points to a number of remarks she made referencing her former employer, as well as policy goals of the DOE that the watchdog says are similar to initiatives proposed by the ESA.

“Back in December 2020, when I was still with the Energy Storage Association, DOE published the energy storage grand challenge road map,” she said at the event

“I’m stealing this a little bit from my days at Energy Storage Association but [energy storage] really does provide a more resilient, efficient, sustainable, and affordable grid,” she says at another point.

The watchdog says that her comments “mentioning the Energy Storage Association by name while speaking in her official capacity at an event centered around the very products and services the entity and its members sell and/or advocate could be or perceived to be an endorsement of that entity by the Department of Energy.”

The watchdog’s letter also flags comments made at the panel by a member of the ESA, who says it will be difficult to refer to the Speakes-Backman by her official title as he has worked with her closely for years.

PPT also points to other events that suggest a conflict of interest, including another April event at which Speakes-Backman gave a keynote address. The sponsor of her keynote address was a “leadership circle member” of the ESA.

“Viewed in light of the previous events discussed in this letter, Ms. Speakes-Backman’s public appearances suggest a pattern of advancing the interests of her former employers and potentially endorsing them,” the letter says. “At the very least, her participation contributes to a perception that she may not be fully consulting with the Department’s Ethics Office or providing sufficient information in order to receive appropriate guidance and counseling prior to accepting such invitations.”

The Department of Energy did not respond to a request for comment from Fox News.

Rep. Ralph Norman, R-S.C. expressed concern to the Free Beacon about the links between Speakes-Backman and the Energy Storage Association.

“As more details continue to present themselves, we need to ensure complete transparency,’ he told the outlet. “It is imperative that the American people understand that their leaders have their best interest in mind.”