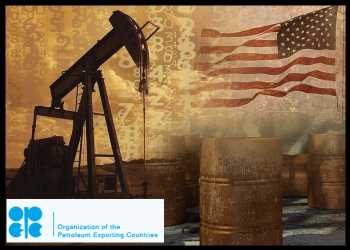 President Joe Biden has directed the Department of Energy to release an additional 10 million barrels of oil from the Strategic Petroleum Reserve (SPR) in November in the wake of OPEC’s decision to cut crude oil production by 2 million barrels per day.

This is in addition to 180 million barrels of oil that the Biden administration released since April.

National Security Advisor Jake Sullivan and NEC Director Brian Deese said in a joint statement that the President is disappointed by the shortsighted decision by OPEC+ to cut production quotas while the global economy is dealing with the continued negative impact of Russian President Vladimir Putin’s invasion of Ukraine.

At a time when maintaining a global supply of energy is of paramount importance, this decision will have the most negative impact on lower- and middle-income countries that are already reeling from elevated energy prices, they added.

The President will continue to direct SPR releases to protect American consumers and promote energy security, the top officials said. Biden is directing the Secretary of Energy to explore any additional responsible actions to continue increasing domestic production in the immediate term.

He called on U.S. energy companies to keep bringing pump prices down by closing the historically large gap between wholesale and retail gas prices — so that American consumers are paying less at the pump.

The Biden Administration will also consult with Congress on additional tools and authorities to reduce OPEC’s control over energy prices.