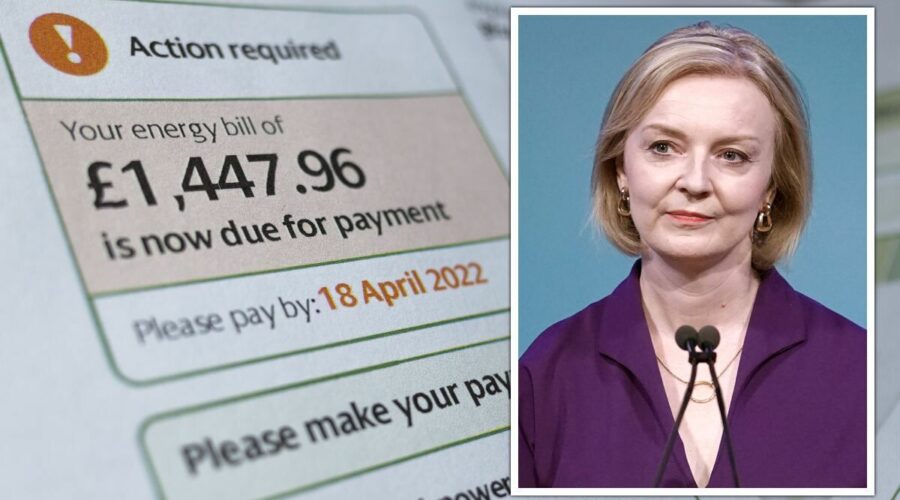 Liz Truss insisted she will “deliver on the energy crisis” and is finalising the details of the plan. A freeze on energy bills is one option the new Prime Minister is considering after energy firms backed the move.

Allies of Ms Truss last night said discussions with those companies “are happening” but the final emergency package is still being “worked through”.

The new PM is running a “twin track” process where she will act on energy bills but also shoring up supplies to break the cycle of spiralling costs.

Details of the plan are expected to be released as soon as Ms Truss can sign them off once entering office, with Thursday being tipped as the most likely option.

The package will cost as much as £100 billion though aides stressed that is the “north” side of the cost.

Ms Truss made it clear in her victory speech she is ready to act.

She said: “I will deliver on the energy crisis, dealing with people’s energy bills but also dealing with the long term issues we have on energy supply.” 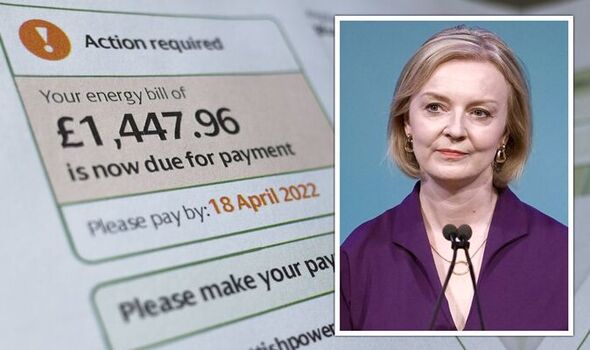 The government could treat the crisis as a wartime-style challenge and borrow over the long term to cover the cost of the bailout.

But it could take up the offer of energy suppliers borrowing to cover the cost in return for a government guarantee.

Another option would be cap the wholesale gas costs, which experts could be pitched as the “root cause solution”

The option is one that has been floated by economist Gerard Lyons, expected to be a key adviser to Ms Truss, who says the government would cover the cost of forcing energy giants to stick to a certain price.

Business leaders urged the new premier to make a major intervention quickly to stop the crisis from running out of control.

Federation of Small Businesses chairman Martin McTague said: “The challenge now is to deliver action that is big and bold enough to match the scale of the crisis threatening the existence of many small firms, and the jobs, livelihoods and communities which depend upon them.

“Small firms, not protected by an energy price cap, are seeing bills soaring out of control. This is at a time of sky-high taxes, rampant inflation and supply chain disruption, creating a toxic mix which must be addressed urgently.”

“I’m pretty hopeful this week that not only will the new prime minister tackle energy bills for households, she’ll also look at businesses too,” he said.

The price cap controlling energy bills is expected from £1,971 to £3,549 next month for a typical family.

Business minister Greg Hands said dealing with “volatile energy prices” will be at the top of Ms Truss’s “inbox” when she enters No 10 today.

He said: “We see no reason to believe that gas prices will fall any time soon. Prices will continue to be driven by geopolitical instability with energy bills likely to remain high for some time to come.

“The future outlook is uncertain but we know we need to support UK energy consumers to manage these impacts in both the short and the longer term.

“It is now clear that we are looking at a challenge on a greater scale. The Government is working closely with Ofgem and other stakeholders to ensure consumers and businesses are protected from the volatile energy prices this winter and beyond.

“I know that tackling this issue will be at the top of the incoming prime minister’s inbox as we look to address both the short-term shocks and longer-term needs of the UK energy system.”

Senior Conservative  Sir Desmond Swayne said encouraging a reduction in energy consumption is “essential” as part of the government’s response to the issue.

It comes as Russia warned it has no intention of turning the gas supply pipeline back on to Europe, sending prices soaring.

Moscow said it was withholding supplies as a result of Western economic sanctions.

The decision not to reopen the Nord Stream 1 pipeline follows supposed maintenance.

“Pumping problems arose because of sanctions imposed against our country and against a number of companies by Western states, including Germany and the UK.

“There are no other reasons that would lead to problems with pumping.”