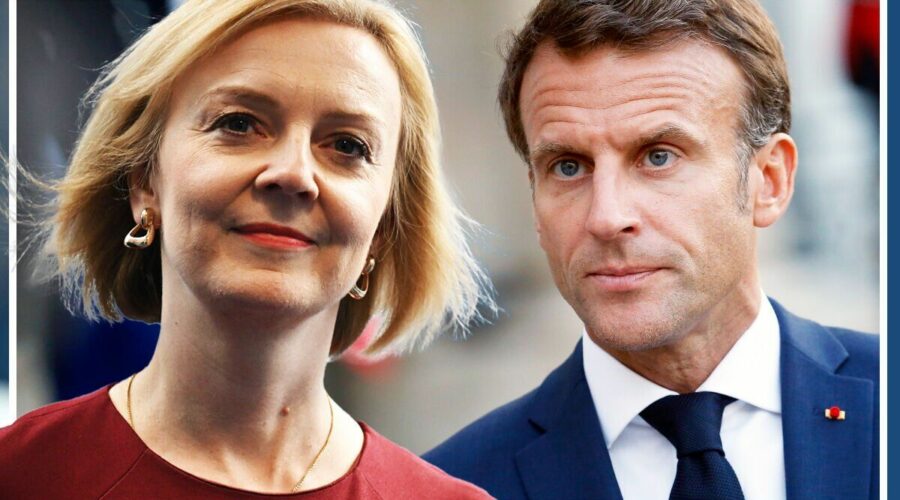 Liz Truss has claimed her huge spat with Emmanuel Macon was just “banter” during a drinks reception at the Conservative Party Conference in Birmingham. The reception, which reportedly took place in a very small room on the top floor of the International Convention Centre, was attended by political editors. According to Politico, around 30 guests attended the drinks, where they were served “s*** wine”.

Ms Truss reportedly told guests that her row with the French President was just “le banter”.

She also said that she “really enjoys being Prime Minister”, adding that she gets “way more sleep” than Margaret Thatcher – who is thought to have slept for three to four hours each night.

The Prime Minister reportedly went on to inform guests that there is actually no gold wallpaper in the Number 10 flat. 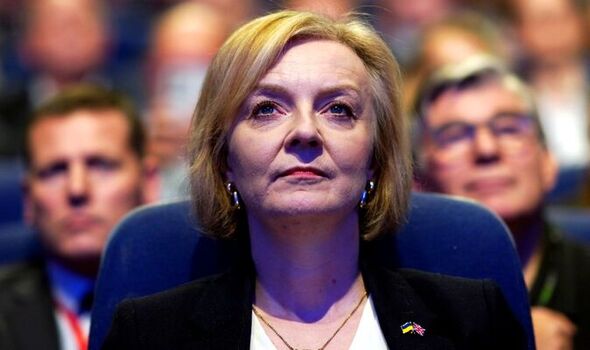 The Tory Party Conference in Birmingham was rocked by protests yesterday – but Jacob Rees Mogg has dismissed the demonstrations as a “warm welcome”.

Speaking at the convention on Monday night, Mr Rees-Mogg claimed not to mind the heckling.

He told the crowd: “I want to thank you for giving me almost as warm a welcome as I got outside the hall.

“That’s rather marvellous, having a democracy where you can walk through the streets and people can exercise their rights to peaceful protest.”

He added: “If people really want to call me Tory scum, I don’t mind.” 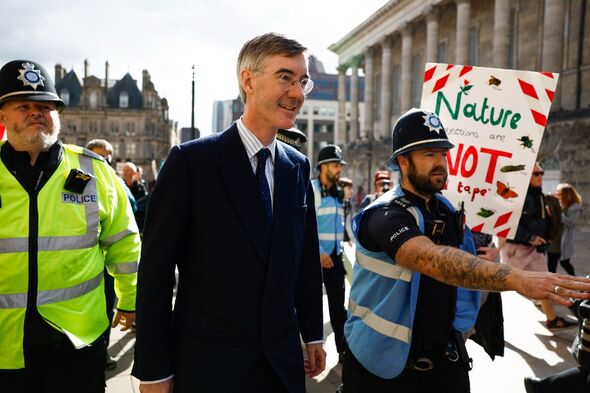